Gaja Grzegorzewska, Magdalena Lankosz, and Anna Sienska jointly created the quirky and ominous young adult supernatural thriller ‘Cracow Monsters’ (‘Krakowskie potwory’). The story picks up pace as shortly after appearing at an entrance exam, Alex gets a chance at professor Zawadzki’s chosen circle. While Alex stays embroiled in a tussle between demons and deities, she must investigate her mother’s mysterious death, which forms a significant piece in the puzzle. When the city of Krakow becomes the site of mass death, the professor is compelled to join hands with the devil. The ending conceals a major twist, but before that, let us recollect what is at stake. SPOILERS AHEAD.

Aleksandra Walas, “Alex,” leads a drifter’s life in a shared apartment with Mary, having grotesque nightmares and drowning her worries in alcohol. She has a harrowing past involving her mother. After some studying, she sits for the entrance for the forensic pathology department in an old medical college. The examination guard, Lucky, has looked into the papers, finding little interest. However, Alex’s paper attracts Professor Zawadzki’s attention, thanks to her doodle of Aitvaras, the nature spirit.

Lucky looks into the internet, finding a fringe YouTuber talking about how Alex’s mother died in route 99, while Alex was mysteriously saved. In fact, she has miraculously escaped two near-death experiences, if we are to believe the YouTuber. The professor asks Lucky to probe into her. Lucky knows where Alex goes to drink, and he ends up at the bar, with some hallucinogenic drugs. He takes Alex out on a drive, jumping out on the car near a cliff.

The car falls into a lake. However, Alex sees a light, which forms into a white deity. It rescues her. We later come to know that Alex’s energy attracts demons, but she lives under the grace of Aitvaras. The following morning, Alex wakes up, as if from a dream. She goes to receive her alimony, but the receptionist tells her that she has to change locations since she has been selected to stay at the professor’s carefully curated dorm. She passes through a shady clothing store to find the dorm, meeting Lucky, who sends her to a room and asks her to stay put.

But after hearing Lucky and the professor speaking about the drowning incident, Alex bursts out of the door. On the road, she finds Rafel, the same boy to whom she bought breakfast the other day. Rafel, as if in a state of hypnosis, walks while uttering Slavic chants. In Rafel’s home, Alex discovers a creature whom she would later describe as if “a moth, a monkey, and an owl had a love child.” She intuitively throws water at the creature and later pours the bathtub on it. It bursts into lava, and what remains is a black body of pumice.

Meanwhile, the professor arrives and discovers Rafel dead. But Rafel blinks at Alex. He is possibly possessed by something evil since the creature seems to be a lesser deity named Harewit. In a connected incident, a miner boss finds a three-legged object, which is later revealed to be a bone of prehistoric creature Hvor. Although he suggests to his co-workers that it is nothing of value, he takes the object home. It communicates with him, guiding him to Rafel, and he becomes the ghoul’s servant. 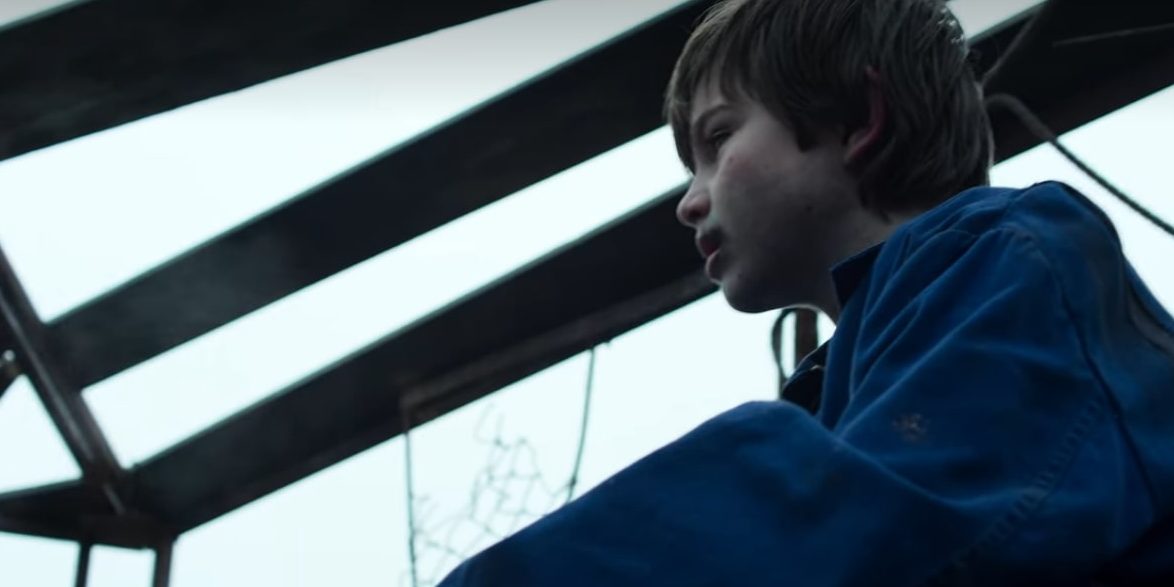 In the meantime, the ghoul raises hell at a morgue, bringing the bodies alive. Lucky thinks that creatures are Marcholt, lesser demons. He also divulges that the Slavic pantheon is pyramidal in structure, and there are master-servant relationships. The possessed Rafel conjures two female demons (Hollowshees) from black water, and they disperse to hunt down Alex. While one mingles at a bar as a waitress, the other breaks into the dorm, seducing Gigi. The others play music to drown the moaning noise, but they do not really know what is happening in the room.

Alex and Lucky end up at the bar where the female demon has become a waitress. The demon poisons their drink, and Pivka, the minor deity of the drunks, asks them not to drink it. Alex says that she can handle it, and the deity leaves. She leaves to find the deity, while Lucky drinks the poisoned drink. In the poisoned state, Lucky pinges Alex down on the basin slab, kissing passionately. They come back to the dorm to find Gigi almost dead, with the other Hollowshee on top of him.

Iliana and others save Gigi with a ritual (involving burning pigs), while Alex runs after the Hollowshee to find Harewit’s den. Harewit, in the body of Rafel, mercilessly tramples the waitress Hollowshee, while the other one shrieks out of pain. With the arrival of the giant, Winter Spas, the story gets darker. The professor brings in three bodies, which were found frozen and hanging from a tree. Two nuns follow a similar fate. Winter Spas utters first names, and chaos unleashes in town. To save his son, Feliks, professor Zawadzki turns against the groups. With some help from her nascent romantic interest, Alex opens her mother’s bag, which reveals a key to the axis of the parallel worlds.

Alex visits the underworld, becoming the first person to come out. She also comes to realize that she is Wanda, and only she can defeat Hvor. Well, Alex is a sort of reincarnation of Princess Wanda, the daughter of Krakus who deliberately drowned in a lake. In the underworld, Alex and Wanda communicate through vibrations in a wall. Wanda was also apparently present during the birth of Alex, and she died, taking the form of baby Alex. According to the cryptic words of the deity they meet in hell, Alex has to free Wanda. Nine steps to the three circles of the underground, where Alex should find the divine center and can return to the mortal world.

“Nine will unite with nine” – Alex finds the portal in the intersection of three mounds, her birthday 08.01.2001 adds up to three, and she descends in the third circle of the underground. She literally frees Wanda, trapping herself in the process. But thanks to her savior deity, Alex gets another lease of life. But maybe she also has to unleash her inner force as princess Wanda, and take up her duty to defeat Hvor. The finale takes place under the ominous red moon when history should repeat itself. Wanda should die, again, while the evil deity should begin a new era. However, as Jagna, Alex’s mother, reveals in the underworld, the era will see the woman becoming powerful. Thus, fulfilling the prophecy, Alex kills the evil deity, ushering in a new era. However, she has killed a deity, after all, and repercussions remain.

Is Lucky Dead or Alive?

If you remember the ending of the seventh episode, Lucky dies at the bar, rather alarmingly. A masked man kills him in cold blood, and slowly after, the crowd disperses. Both Alex, the Professor, and others believe that Lucky has died. However, Alex returns to the dorm, speechless. Iliana discovers the truth intuitively, and a shadow of gloom engulfs the chosen students. However, the ending has a major surprise in store for the viewers. The deity acts on her own accord, visiting Lucky, who seems to be alive.

Now, how he is alive is beyond anybody’s guess. Theory one is that he never really died in the first place. Although Alex deemed him dead, he survived the knife attack. Theory two is that the divine deity Aitvaras brings him back to life, thanks to her magical powers. Theory three is that Lucky is not really alive, and he is a vessel for another evil deity. Among the chosen nine, we have not known if Lucky has any powers other than his vast knowledge of mythology, and maybe a follow-up season will help us look for answers.