Curtis Cassell From Making the Cut: Everything We Know 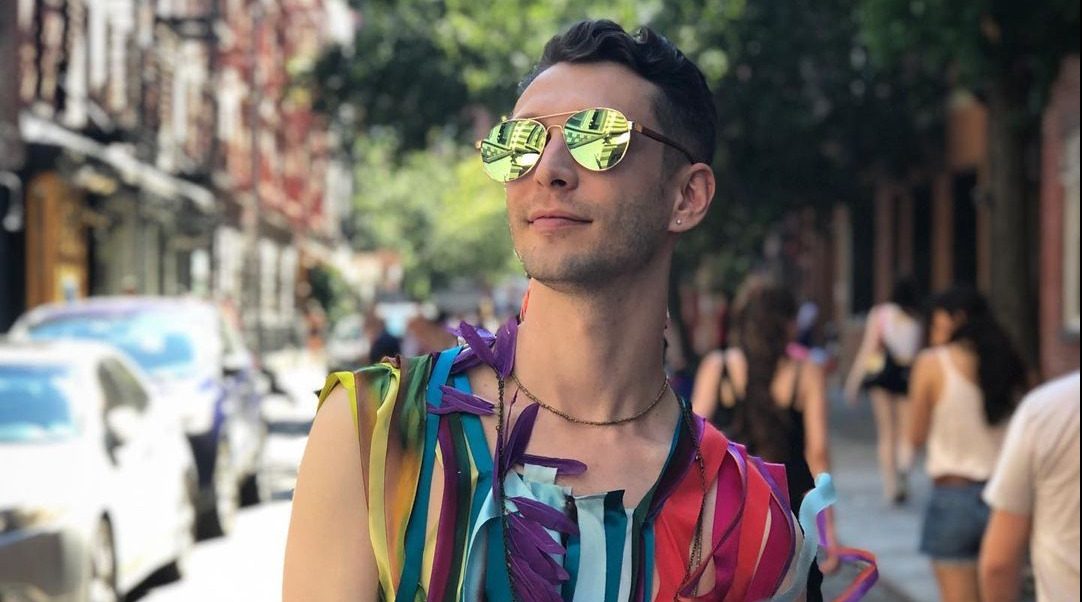 ‘Making The Cut’ on Amazon Prime Video is the perfect reality show to binge on if you are interested in the work that goes behind the design of different apparel. It sets a group of extremely talented, unique fashion designers presenting their ideas to win the final winning title. They compete on different challenges that are assigned to test their passion, creativity, and technique, among other things. With Heidi Klum and Tim Gunn as the hosts and executive producers, the series has gained a lot of popularity over its 3 seasons.

After surviving multiple challenges and rounds of elimination, the winner receives $1 million worth of investment in their business and a chance to collaborate with Amazon Fashion to create their special line-up. Curtis Cassell from season 3 seemed to be on promising contestant with his distinctive take on fashion and his mission to create a non-binary fashion label. Moreover, his passion for his brand and the idea he tried to bring forward impressed many, who are now eager to know more about the designer. Well, here is everything you need to know!

Born on December 28, 1988, Curtis Cassell hails from a small town in Ohio. His close-knit family comprises his mother, father, and younger brother, Chris. The latter is a 31-year-old photographer who presses click on his phone whenever he finds something that appeals to his eyes. Chris is also a part of a global photography group called The Padded Room Official. Though Curtis jumped states for better opportunities and now resides in Brooklyn, New York, his family still lives in the Buckeye State. Curtis is quite close to his family, and they ensure to meet up during the holidays.

After completing school, the now-33-year-old moved to Chicago in 2007, where he attended Columbia College Chicago for two years till 2009 to study graphic design. He went on to graduate from The Illinois Institute of Art – Chicago with a degree in Interior Architecture in 2011. Curtis has had a fascination with architecture from quite early in life, and while studying in college, he longed to work on designs using his hands instead of the computer. In an interview with Vogue about his journey, Curtis said that he learned sowing from his mother as well as “old ladies on YouTube.”

Following his graduation, Curtis Cassell worked numerous jobs. For over four years, Curtis served as a prop and wardrobe assistant at Liz Klafeta, where he worked on projects with big brands like Harley Davidson, Casio, Time Out Magazine, Bloomingdales, Marborlo, American Express, and McDonald’s. The designer became the lead product stylist for Trunk Club in 2014.

After about a year, Curtis left Trunk Club in 2015. Since then, he has been focused on furthering his career as an artist and costume/wardrobe designer. He did costume designing for mainly a local drag community, making custom pieces for them. He worked as a wedding caterer and waited tables with a predominantly LGBTQ staff at a restaurant that hosted several weddings. In the same interview, Curtis talked about the idea that sparked while working there. He said, “The conversation always turned into what our weddings would look like.”

Curtis added, “I was amazed at the first question we always ask each other, even as queer people, was, ‘Oh, do you want to wear a suit or a dress?’” Then, for a lesbian co-worker’s upcoming wedding, he designed some bridalwear, from where the main idea for his label developed. “I was sketching her in these tuxedo onesies. And then I was sketching myself in ballgowns. Then, it was just these exquisite designs of tops and bottoms in a scale of feminine and masculine,” said Curtis.

Eventually, Curtis launched his brand, Queera, in 2020, aiming to bend the binary stereotype associated with bridal and formal wear. It was inspired by his idea of a non-binary standard with almost-renaissance vibes, featuring high collars and exaggerated sleeves. Apart from such formal looks, he has also expanded to everyday wear pieces, drawing ideas from old movie silhouettes and architecture designs. With his designs that Curtis believes are not for a specific group but everyone, especially defying gender norms, he hopes to reach a wider community to create fashion statements for all.

Is Curtis Cassell Dating Anyone?

Sadly, Curtis does not share details about his dating life and seems to be quite secretive about the same. The Brooklyn-based designer is highly focused on his label and expanding it through the exposure from his presence in the famous reality show. He openly discusses being queer but mostly keeps the information about his dating life under the wraps.

Furthermore, even Curtis’ social media handles showcase the absence of a special someone in his life. Taking into consideration the aforementioned points and the fact that he is generally quite open about his life, it can be said that Curtis Cassell is most likely single. The most important factor for him, at the moment, seems to be flourishing his brand and its growth, for which we wish him the best.

Read More: Georgia Hardinge From Making the Cut: Everything We Know