The True Story Behind Curtiz, Explained 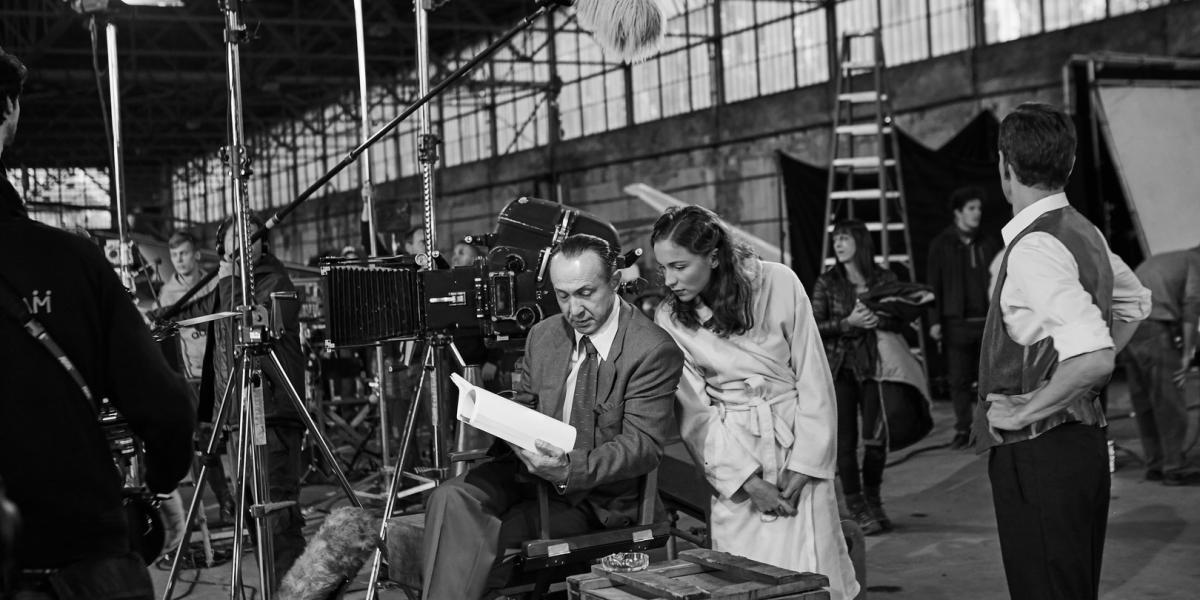 Netflix’s ‘Curtiz‘ marks a visually stunning feature debut by Swiss-Hungarian director, Tamas Yvan Topolánszky. Through the black and white film, Topolánszky celebrates the legacy of  Michael Curtiz, the under-recognized Hungarian filmmaker who gave us one of the most iconic films ever made. The stylish biography follows Curtiz as he fights to make ‘Casablanca‘, grappling with political intervention due to the World War, and his own relationship with Kitty, his estranged daughter.

Through the ‘Curtiz’, Topolánszky pays homage not just the man, but his artistic vision. It, in many ways, serves as a celebration of ‘Casablanca’ itself, especially with the visual aesthetic the film makes use of, recreating the classical Hollywood style, and infusing it with elements of noir.

But its narrative is equally fascinating as it introduces us to some of the greatest minds in the industry. It fictionalizes these individuals and offers to us a slice of life from the making of ‘Casablanca’ during the World War II as they struggle to find the appropriate ending to the film. The film explores the impact history has on cinema, and vice versa.

‘Casablanca’, and thus in extension ‘Curtiz’, exist as a response to the reality of the times. This becomes all the more significant as Michael Curtiz’s ‘Casablanca’ was being made when America was on the brink of entering the war, following the Pearl Harbour attacks in 1941. In case you’re wondering how much of ‘Curtiz’ is real, and want to know the actual story behind it, we’re here to help. Here’s everything you need to know.

The True Story Behind ‘Curtiz’, Explained:

‘Curtiz’ opens with a prologue in a screening room that features Roosevelt’s speech from December 7, 1941 following the Pearl Harbour attacks. This becomes important as ‘Casablanca’ opens from December, 1941 as well. The film, in reality, was an adaptation of the play ‘Everyone Comes to Rick’s‘ which is seen in the initial scene as Wallis holds the script while talking to Jack Warner and the fictional Mr. Johnson.

The Epstein brothers, Julius and Philip Epstein, wrote the script of ‘Casablanca’, and changed its setting to December 1941 for the film to hold relevance. It also supposed to make Rick’s motivation behind sending Ilsa with Victor Laszlo more convincing.

The film was also renamed ‘Casablanca’ from the original title as revealed in ‘Curtiz’. But in actuality, it was supposed inspired by the 1938 hit film ‘Algiers’ which had a single-word title. The film was also pushed to release early on November 1942 due to the Naval Battle of Casablanca that took place around the same time. All of this is explored on some level or another in ‘Curtiz’.

Interestingly, some of the lines used in ‘Curtiz’ were actually said by real-life individuals about Michael Curtiz. One example of this is the line towards the beginning of the film which resembles actor, Peter Lorre’s actual words where he said Curtiz not only “ate films, but excreted them”. While not much is known about Curtiz’s personal life, the film does feature several people from it.

Kitty Curtiz (Eberson) was the actual name of his daughter who he had a complex relationship with. She was his daughter from his marriage with the Hungarian actress, Lucy Doraine. Curtiz was a womanizer, and had several affairs and illegitimate children throughout his life. The film does offers us a glimpse of this.

It was revealed through his biographies that Curtiz had four children out-of-wedlock from four different women, and also married thrice. But he wasn’t exactly a good father in his early relationships. It is believed that his first wife, who was Doraine, had to take him to court for him to pay for child care.

Apart from the people behind ‘Casablanca’, Topolánszky’s film also features Curtiz’s wife Bess and his adopted son, Lucas. In reality, Bess Meredyth was a screenwriter and silent film actress, and also Curtiz’s third wife. Lucas, whose actual name is John Meredyth Lucas, was her son from a previous marriage.

Lucas went on to become a successful television writer, who gained wide acclaim for writing, directing and producing ‘Star Trek’. This is revealed and foreshadowed subtly in one of the scenes in ‘Curtiz’ as Kitty looks at Lucas’ sketchbook where he draws the characters from the cult-favourite show.

While ‘Curtiz’ does get several aspects of Michael Curtiz’s life right, it also fictionalizes several others aspects of both his life and ‘Casablanca’. For one, Curtiz was not the only person behind the iconic ending of ‘Casablanca’. In fact, in reality, it was the Epsteins and Wallis who are credited for the film’s ending. Along with them was the uncredited writer, Casey Robinson worked tirelessly on it. But it is true that the ending of the film was in the air until the very end.

‘Casablanca’ was one of the few films that was filmed in sequence as only the first half of the script was ready by the time the shooting began. It is believed that when Ingrid Bergman asked the Epsteins what Ilsa’s fate would be, they said, “Don’t give too much of anything. Play it in between, you know, so that we can decide at the end.”

This particularly caused anxiety to Bergman who did not know who her character would end up with. But it is through Curtiz’s direction that the film used this uncertainty to its advantage as it added a sense of realism in Bergman’s performance. ‘Casablanca’ won him an Oscar for the Best Director, and eventually went on to become one of the most celebrated films in the history of cinema.