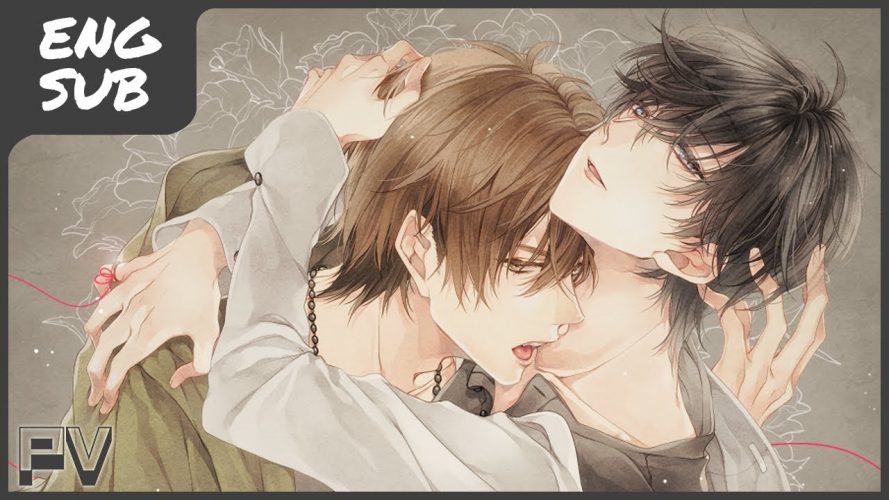 Dakaretai Otoko 1-i ni Odosarete Imasu or DAKAICHI (literally meaning “The Most Huggable Man Has Threatened Me”, and also known as DAKAICHI -I’m being harassed by the sexiest man of he year-) is a romantic anime television series which is based on a yaoi (homoerotic) manga series of the same name. Written and illustrated by Hashigo Sakurabi, the manga series was first published on July 31, 2014 and new chapters are being published to this day. Four years after the initial publication of the manga series, a Japanese anime studio called CloverWorks announced plans to adapt the manga into an anime television series and Season 1 of Dakaretai Otoko 1-i ni Odosarete Imasu. first made its way to viewers’ screens on October 6, 2018. It was an immediate hit among fans of the manga series and new viewers alike, and since then, fans have been waiting to hear news on a second season. Here’s everything we know about Season 2 of Dakaretai Otoko 1-i ni Odosarete Imasu. thus far.

Dakaretai Otoko Ichii Seiyuu season 1, consisting of 13 episodes, premiered on October 6, 2018 and ran till December 29 of the same year. However, in spite of the show’s popularity, CloverWorks is yet to announce a second season.

That being said, there’s no reason to get worried just yet. Anime shows sometimes take five years to renew, and hence, there’s plenty of time for CloverWorks to announce a second season. Further, since new chapters of the manga series are still being published, there should be no dearth of source material for a new season. Given this fact, we think there’s a pretty decent chance of Dakaretai Otoko Ichii Seiyuu. being renewed for a second season. If that happens, our best guess is that Dakaretai Otoko Ichii Seiyuu season 2 release date could be sometime in 2021.  We’re keeping our ears open for news on Season 2 of Dakaretai Otoko Ichii Seiyuu, and we’ll update this section as soon as we hear something reliable.

You can stream ‘DAKAICHI’ on Crunchyroll with its original Japanese audio and English subtitles.

Dakaretai Otoko 1-i ni Odosarete Imasu. revolves around the idol industry and follows the evolving relationship between two competing idols.

After being named the sexiest man of the year for five consecutive years, Takato Saijou loses his title to a relatively new entrant in the scene, Junta Azumaya, who made his debut as an idol and an actor three years prior to events of the show. Devastated by the loss of his title Takato adopts a hostile attitude towards Junta and takes to heavy drinking. However, Takato’s miserable life takes an unexpected turn when Junta catches him in a drunken state and starts blackmailing him for physical affection.

This extortionary relationship, however, starts developing into a serious one when Takato finds himself falling for the charm and sweetness of his rival, Junta. As their relationship evolves into one involving genuine affection, it helps both Takato and Junta grow as people, and the show, in an episodic fashion, follows the duo and their relationship.

Dakaretai Otoko 1-i ni Odosarete Imasu. does not have an extensive list of characters, but its limited number of characters all play important roles. Below, we’ve provided you with brief backgrounds on the important characters in the show.

Takato Saijou: One of the two main protagonists of the show, Takato is a 28-year-old idol, model, and actor who works for the Nitto Talent Agency. After being named the sexiest man of the year five years in a row, Takato’s thunder is stolen by his young rival, Junta. Devastated by the loss of his title to a younger, inexperienced opponent, Takato takes to heavy drinking. However, this soon backfires after Junta finds him in a drunken stupor one day, and starts blackmailing him for physical affection. While the relationship between the two evolve over the course of the show, Takato often finds it difficult to express himself in front of Junta, and resorts to shedding tears when they’re making love or having serious conversations. As far as Takato’s personality is concerned, he is shown to be a confident and assertive person. However, Takato can be extremely hostile to others, especially when it comes to competition, and can also act childish around people he is familiar with.

Junta Azumaya: The second protagonist of the show, Junta is a relatively new entrant in the idol industry, having made his debut three years prior to the events of the show. Being tall, muscular, and handsome, it does not take Junta long to be named the sexiest man of the year – a title held by Takato for five consecutive years. Subsequently, Junta finds Takato at the bottom of a bottle and starts blackmailing him for physical affection, marking the beginning of his relationship with Takato. As far as Junta’s personality is concerned, he is shown to be a cheerful and energetic young man with vaulting ambition. However, his generally cheerful demeanour takes a dark turn when gets angry, and he often ends up scaring those around him with his behaviour. Further, Junta is also shown to be extremely jealous when it comes to Takato, and dislikes anyone who vies for Takato’s attention.

Chihiro Ayagi: A supporting character in the show, Chihiro is also relatively inexperienced like Junta, and made his debut in the entertainment industry three years prior to the events of the show. Distinguishable for his tall, muscular physique and strikingly good looks, Chihiro comes off as a friendly and caring person. However, in actuality, he acts the way people around him want him to in the hopes of gaining personal benefits and advantages in his career.

Kazuomi Usaka: Another important supporting character in the show, Kazuomi is distinguishable for his grim expression and his signature rimmed glasses. He serves as the General Producer for a television channel called TV-J.