Dangerous Medicine: Everything We Know

Directed by Jeff Hare, ‘Dangerous Medicine’ is a Lifetime movie that follows the disturbing tale of a physical therapist who develops an obsession for her patient named Tony. After he survives a dangerous accident, Daphne, his physical therapist, helps Tony recover. But things take a personal turn when her concern and care evolve into a violent desire to possess him forever. If you have a taste for Lifetime thrillers, you might like ‘Dangerous Medicine,’ which also has a unique storyline. If this movie has likewise fueled your interest, we have got you covered. Here’s everything we know about this movie!

‘Dangerous Medicine’ was shot in the summer of 2020. It was filmed in Burbank, California. The production went through an unscheduled hiatus between March and July because of the Covid-19 lockdown. Let’s get into more details!

It seems ‘Dangerous Medicine’ was majorly filmed in Burbank, California. Burbank is a city located in the southeastern end of the San Fernando Valley in Los Angeles County. It is situated close to Los Angeles, one of the most preferred spots for filming. Precisely speaking, it lies towards the northwest of Downtown Los Angeles, which is an extremely popular location as far as movies and TV shows are concerned. Burbank is most well-known for being home to Walt Disney Studios and Warner Bros. Studios.

Shooting for ‘Dangerous Medicine’ commenced after the world was hit by the pandemic, because of which it suffered a delay in completion. The entertainment industry was shut down in the middle of 2020, and the production for the movie was halted as well. Once it was resumed, the team continued their work with strict social distancing protocols in place. Actress Meredith Thomas shared her filming experiences on Instagram, where she is all decked up in safety gear. Since the film mostly takes place within interior settings, it retains its mystery regarding the specifics of where it was shot. 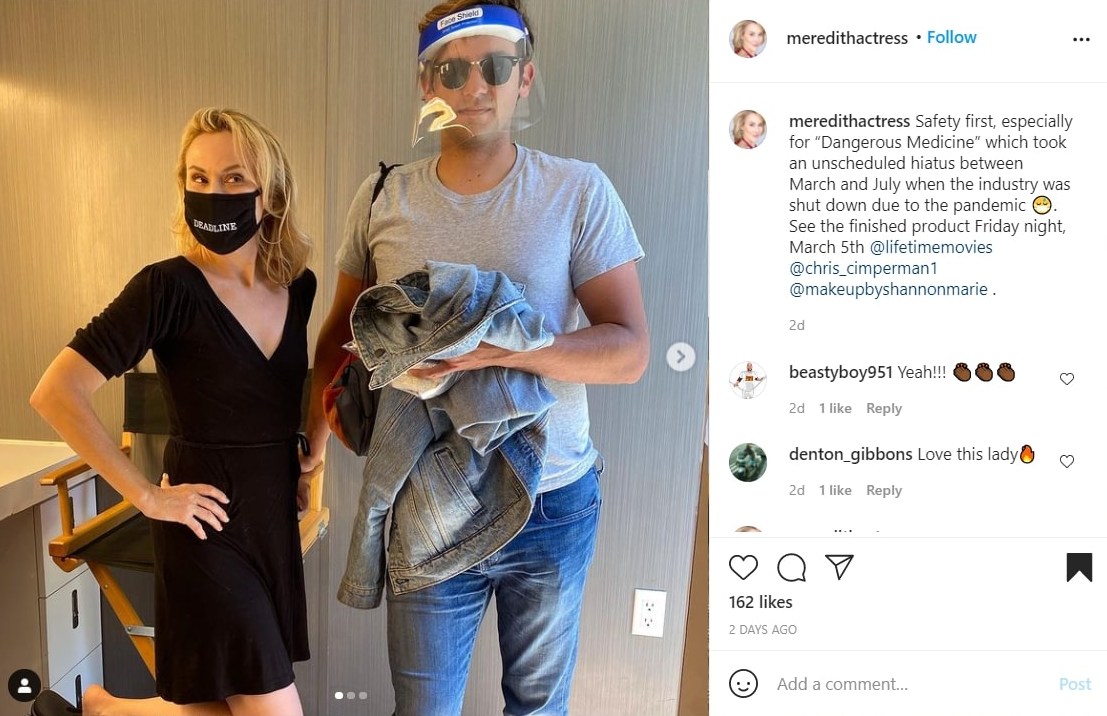 Burbank has significant appeal and flexibility as a filming spot, much like other cities in California. Major productions like ‘La La Land,’ ‘The Office,’ and ‘Parks and Recreation‘ were shot in Burbank. During the filming of ‘Dangerous Medicine,’ actor Chris Cimperman posted an on-set picture that includes him casually posing under a clear Californian sky. 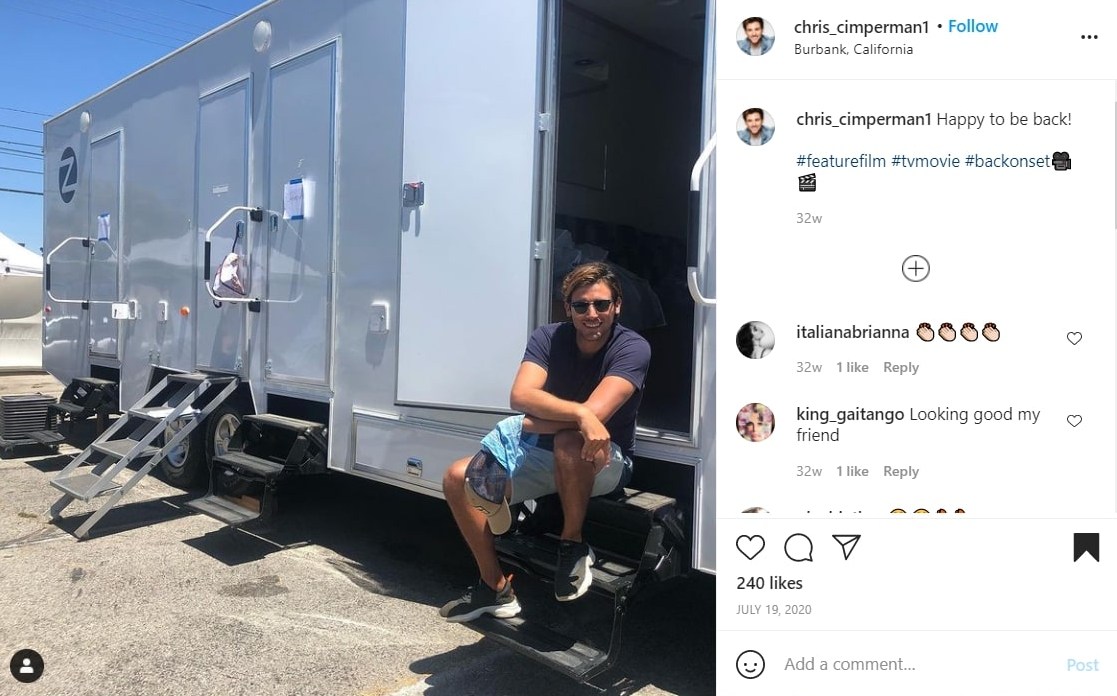 Leann Van Mol plays Daphne in this movie. The actor is known for her roles in ‘Smuggling in Suburbia’ and ‘After Lately.’ Chris Cimperman plays Tony. You may recognize him from ‘Street Justice: The Bronx’ and ‘Pandora’s Box: Unleashing Evil.’ Meredith Thomas portrays Ellen. The actor is credited for her works in various Lifetime movies such as ‘The Wrong Crush,’ ‘The Wrong Boy Next Door,’ and ‘Killer Advice’ to name a few. Other cast members include Chloe Stafford as Jasmine, Matthew Pohlkamp as Dr. Peters, Sean Gunnell as Gary, Mark Haptonstall as Kyle, Hollie Schwarz as Mona, and many more.

Is Dangerous Medicine Based on a True Story?

No, ‘Dangerous Medicine’ is not a true story. Lifetime has a history of producing movies that theatrically portray real-life situations, often to provide life lessons to audiences. The storylines are laden with events where the protagonist often faces adversity and courageously makes his or her way out of it. At the same time, it also reminds us of the bleakness of reality, that it is not always a bed of roses or a journey filled with good experiences. ‘Dangerous Medicine’ is a similar story credited to Doug Campbell, Michael J. McDonough, and David Nathan Schwartz’s collective efforts.

The most interesting part of the movie happens to be the irony in the central plot. It follows Tony’s life after he loses the use of his legs due to an accident. He seeks professional help from Daphne, a physical therapist, to recover. But during treatment, her behavior transforms into an obsession for her patient. The medical profession is considered to be one of the most reputed and altruistic forms of making a living. Yet when a professional medical practitioner turns out to be on the other side of morality, things become complicated.

A similar theme is observed in the movie ‘The Silence of the Lambs,’ centering around Dr. Hannibal  Lecter, a doctor who likes to mutilate his patients. Hannibal Lecter’s character has appeared in several books and movies, but ‘The Silence of the Lambs’ happens to be the most popular adaptation of his accounts. Dr. Lecter is highly sophisticated and polite on the surface but has cannibalistic tendencies hidden underneath this façade. Daphne in ‘Dangerous Medicine’ is also a character that projects hostility and danger upon her patient, although she is not a killer. Hence, the movie is not based on a true story, but its essence lies in the very idea that people sometimes are different from what they seem on the surface.