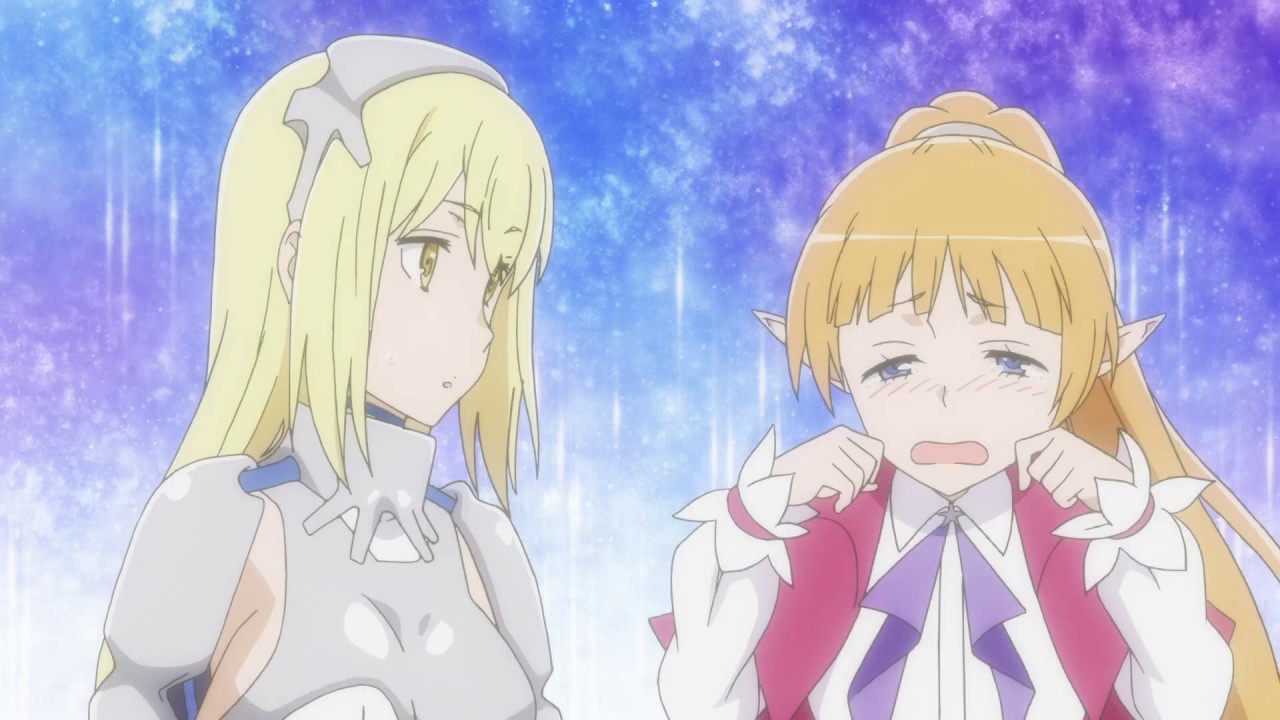 The anime mostly falters with its storyline which, unlike the original, does not cover enough ground in context with the fantastical elements of its world. Moreover, with its runtime of 12-episodes, it also has some evident pacing issues. Even so, if you’re a fan of the original series and you just can’t wait for its sequel to come out, ‘Sword Oratoria’ can keep you occupied for a while with its familiar art style and character archetypes.

Speaking of sequels, if you want to want to know more about the renewal of the original series, you can check out our season 3 preview. And if you’re hoping for a sequel of this installment of the series, move on to the next section.

Danmachi Sword Oratoria Season 2 Release Date: When will it premiere?

The first season of the anime adapts four volumes of the original manga. Its author, so far, has published a total of nine volumes of the source material. So, if we consider the pace of its first season, there is enough content for a whole new sequel of the series. The overall sales of this version of the series have been very poor compared to the main series. Even so, if in the future, J.C Staff plans on renewing it, the studio will probably create a new season of the main series first and then focus on this installment.

The English dub of ‘Danmachi Sword Orataria’ is available on HiDive.

Gods have descended on the human world and have showered adventurers with the opportunity to test their skills to the limit. As a part of guilds, known as “familia”, adventurers from all over the world get together and enjoy themselves. Orario, known as the city of adventures, attracts all of these adventurers including the ones from royal families. The Sword Princess, Ais Wallenstein, and the novice mage, Lefiya Viridis, who are both from the Loki Familia, are two such individuals who set out on a monster-hunting adventure in the dangerous lands of Orario. And as they make their way to the grand tower of Babel, along the way, they will learn a lot more than they initially expected to.

Lefiya Viridis is the main protagonist of ‘Danmachi Sword Oratoria’. She is a mage who can use any form of elf magic and hence, she has acquired the title “Thousand Elf.” Lefiya has long yellow hair, deep blue eyes and usually wears pink cape on a white shirt. Her imagination often runs rampant and that’s when she completely loses herself to her weird thoughts. But otherwise, she is quite attentive and works really hard on the things that really matter to her. She’s a little clumsy at times, but she never really gives others the chance to judge her for anything. She really admires Ais Wallenstein and always looks up to her. But at times, she also gets jealous of her superior abilities and dreams of being as strong as her.

Ais Wallenstein is the deuteragonist of the series. She is extremely beautiful and is known to be a first-class adventurer. She is the executive of the Loki Familia and is considered to be one of the strongest adventurers of her guild. However, she usually struggles when it comes to expressing her feelings to others.

Despite being a first-class adventurer, she never looks down on the ones who are weaker than her and even tries her best to motivate others. She hates being a part of teams and also works really hard to reach all of her goals. Though she is calm almost all the time, she has zero-tolerance towards anything that is even mildly perverted. Her ultimate goal is to become strong enough to defeat the One-Eyed Black Dragon, but since her goal is driven by her hunger for revenge, she fails to become the hero that she aspires to be.