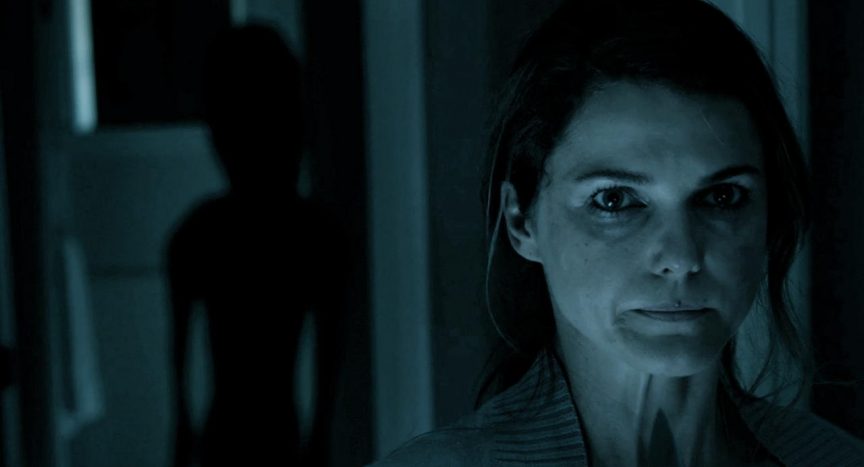 ‘Dark Skies’ is the kind of horror film that packs more chills than scares. With its slow burn premise, it evokes a sense of dread with a terrifying depiction of an alien haunting that affects an ordinary family. Although it adopts the most tried-and-tested tropes of home invasion horror, what works in its favor is the slow disintegration of its characters. All of this eventually leads up to its anti-climactic yet creepy ending. So further down in this article, we’ll be breaking down the film’s ending along with its few other intriguing plot points that lead up to it.

With his family of four, Daniel Barrett resides in a peaceful suburban neighborhood. Nothing out of the ordinary ever happens there and Daniel’s problems revolve around his lack of a steady job. As a result, his wife Lacy supports the family while his two sons share a very profound brotherly relationship. But this ordinary life of the American family is shattered when a series of inexplicable events haunt them. At first, Lacy finds weird geometrical patterns crafted on her kitchen ceiling. Then, the family notices the disappearance of all the family photos from their living room. These prank-like incidents take a sinister turn when one night, their security alarm goes off indicating that all entry points of the house were breached at once.

Soon after this, Daniel and Lacy experience vivid catatonic episodes and loss of time, while their younger son Sammy complains that Boogeyman visits him at night. Things get even worse when a flock of three different species of birds comes crashing down on their home. This is followed by another incident where Lacy shows up at Sammy’s room late at night and finds a dark, tall creature bending over his bed. After researching on the internet, Lacy starts believing that they’re being haunted by the extraterrestrial but Daniel remains skeptical of her claims. Only when weird symbols are found on Sammy’s and Jesse’s bodies, both Daniel and Lacy decide to visit a self-proclaimed expert.

The expert, Edwin Pollard (J. K. Simmons), calls these aliens “The Greys” and claims that they have traveled millions of light-years to get there. Because of that, even if the Barretts move to a new home, the hauntings won’t stop. He also tells them that all the families who have experienced something similar, have later reported a missing child. With this, he concludes that one of their children could be the target of an imminent alien abduction. Daniel and Lacy assume that the aliens are targeting Sammy because he seems to be the primary victim of their previous hauntings. So to ensure that their son is not taken away from them, Daniel and Lacy prepare themselves for a final showdown against the “other kind.”

The Greys in Dark Skies, Explained 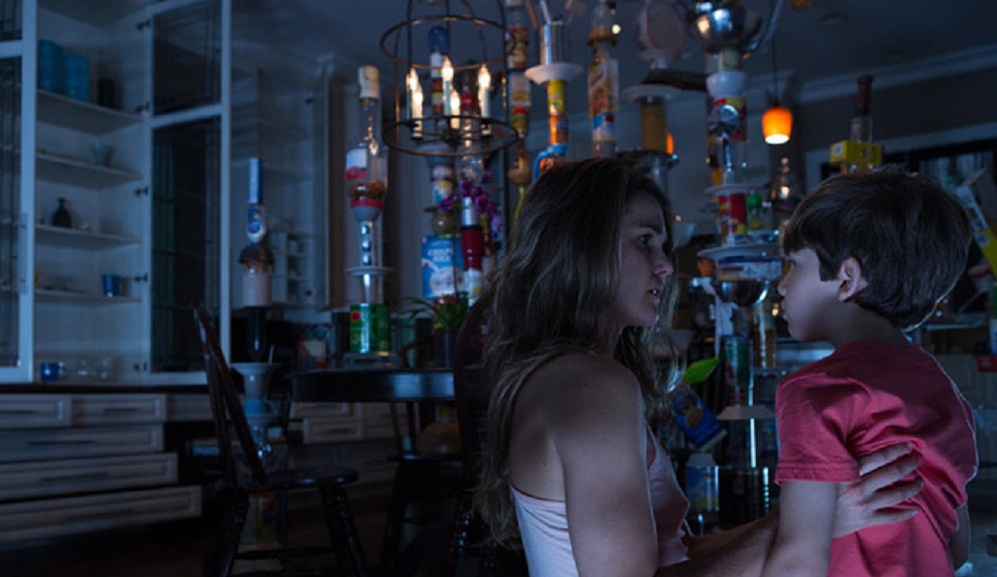 The term “Greys” is not just a pop-culture connotation for aliens but is also an outcome of several reported alien encounters. As Edwin Pollard mentions in the movie itself, the majority of alien encounters (seventy-three percent specifically) have described aliens as these grey, tall creatures, which led to the origin of the term. In the film, the aliens seem to follow a fixed procedure before they pull off their final abduction. At first, they walk the family through a process of “imaging” through which they seemingly try to draw a certain emotional response out of them. This explains all the mundane symbols and family photos disappearances in the beginning.

This is followed by a process of “Envisioning” where the family even starts to dream about strange things. The third stage in this seems to be a “staging” process where the hauntings are taken to a whole new level and the family plays an active role in these hauntings. For instance, Lacy starts involuntarily banging her head and later has no memories of it. Similarly, Daniel gets lost in an odd state of trance one night, walks out of his home, experiences a severe nosebleed, and later has no memories of what happened. The Greys instill all these bizarre visions and thoughts in the minds of their victims through the implants that they fit in their brains. As one may recall from the movie, Pollard warns Daniel that the itch behind his ear is no insect bite but is actually an implant made by the aliens.

The Ending: What Happened to Jesse?

In the final moments of the movie, despite their efforts to resist the abduction, the aliens take away the elder son, Jesse. This comes as a surprise since throughout the movie it seemed like Sammy was going to be the abductee. The final moments of the movie reveal that both Daniel and Lacy are now suspected of their son’s disappearance, while Pollard adds another child to his long catalog of missing (abducted) children. When Lacy goes through Jesse’s old things, she finds some drawings from his childhood in which he shows the Greys surrounding his bed. That’s when Sammy’s walkie talkie, which he previously used for talking to Jesse, emits feedback, and Jesse’s glitchy voice can be heard calling out Sammy’s name.

An obvious explanation for the ending would be that the aliens simply used Sammy as a pawn to distract Lacy and Daniel. So while they were too busy looking out for Sammy, the aliens were easily able to get their hands on the elder son. This explains why Jesse had been experiencing the presence of the aliens much before his parents started noticing it. However, this leaves you with more questions than answers. If the aliens had their eyes set on Jesse since he was a baby, why did they even wait for so long? Moreover, when Lacy takes a look at Jesse’s old drawings, why does she recall that Jesse used to be very ill as a child? To explain these and many other questions that the movie leaves you with, we’ve got a more plausible theory.

Jesse Was a “Grey” All Along 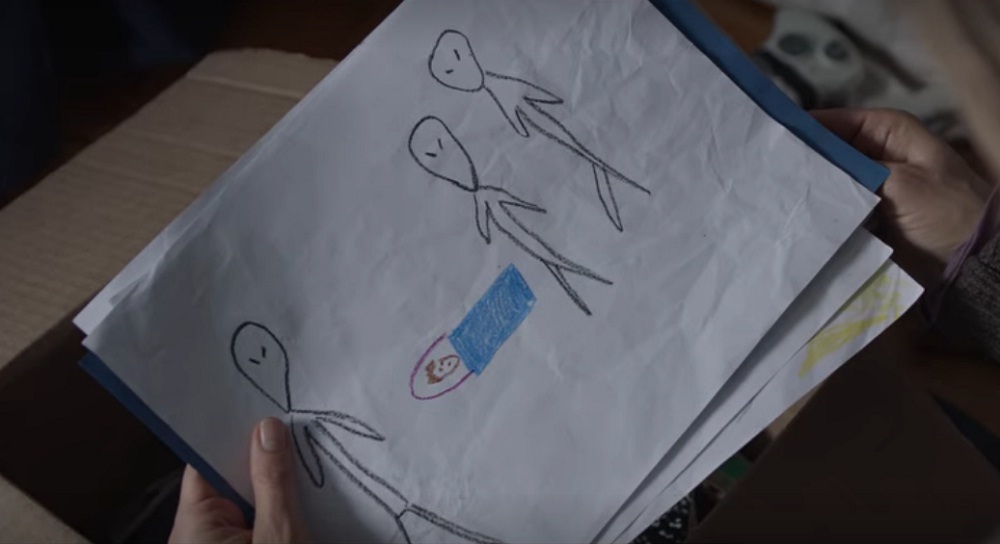 Jesse was either a recon unit for the aliens or he was possessed by the aliens when he was a child. Throughout the movie, Jesse struggles to get along with his family and even seems to be a misfit among his friends. Moreover, Jesse also keeps telling his brother these weird tales about Sandman who visits children at night. So it seems like the aliens had appointed him as a vanguard who could collect information for them from humans. And once he was done collecting this information, they abducted him and took him back. Even in his childhood drawings, the aliens that he drew were not intruders but were probably his alien biological parents. Moreover, he fell extremely ill as a child because the earth’s atmosphere was initially not suitable for him.

The closing scene of the movie could be a mere cliffhanger. Or maybe, Jesse was trying to establish contact with his human parents and brother because he felt a sense of attachment towards them. He was able to connect to his brother’s walkie-talkie because aliens, who have the technology to travel millions of light-years, will certainly have the technology to connect to a radio signal. Even in the initial scenes of the movie, the aliens were able to manipulate all kinds of CCTV cameras and electric devices in the house. So Jesse was simply using alien technology to get in touch with the loving family that raised him.