Review: Dead to Me Season 2 Episode 10 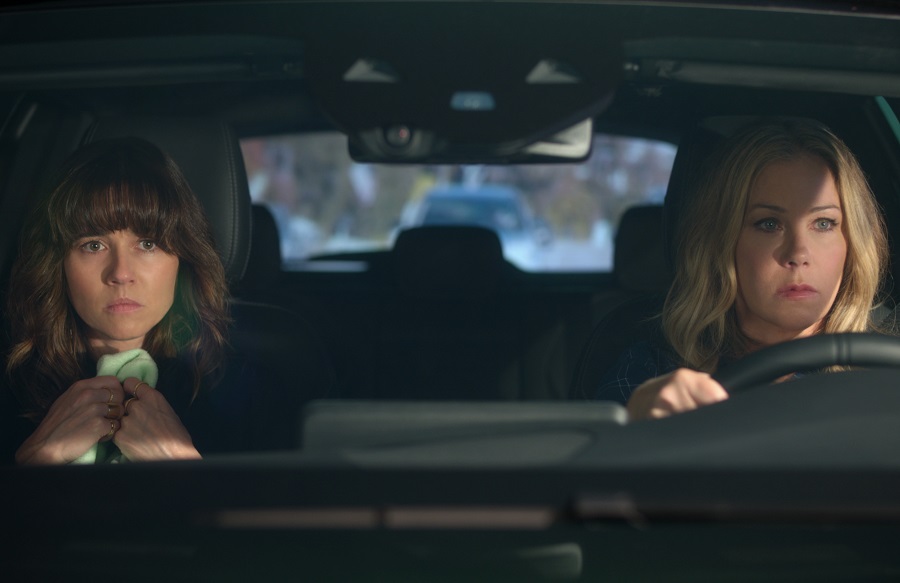 After all the twists and turns and revelations and confessions, the second season of ‘Dead to Me’ comes to an end with a lot more questions than the ones it had started with. One episode after another, the show keeps throwing surprises at the audience. There are times when you think that there is no more hope for the characters, but they find a way out of it. The story is balanced out in the final episode. Just when it looked like it had been going fine, all the doors of all the closets where the skeletons had been hidden fly open.

Dead to Me Season 2 Episode 10 Recap

Noting Jen’s absence in the morning, Charlie and Henry get worried about her. Judy struggles to tell them about what happened. Charlie thinks that it has something to do with the dangerous people that she had told him about, and he gives Steve’s stuff to Judy. She takes it to the station and tries to cut a deal for Jen, who is not there.

Jen and Perez wander in the forest to find the place where she had buried Steve, but they get lost, and Perez decides to return. On the way back, she receives a text from Nick about the evidence against Steve and shows some kindness to Jen. Back home, Charlie stumbles upon the letters that Jen had left for them, and Ben makes a mistake.

Dead to Me Season 2 Episode 10 Review

If you thought that the ending of Season 1 was great, then the second season will please you even more. It ties up all the loose threads in an effortless manner and throws a lifeline to the third season, which Netflix will probably renew soon enough. How can they not after the multiple cliff-hangers that they have left us with?

Christina Applegate and Linda Cardellini worked their magic through this season, strengthening their grip on the characters even more than the last time. They have both brought out the good, the bad, the anger, the sadness, the guilt, and the grief of the protagonists in a manner that makes the viewers want to stay with them all the time. It also becomes easier to understand the relationship between Jen and Judy and how they can be each other’s friends even after both of them have similarly hurt each other. There is a very complex angle in this friendship, and it highlights all the reasons- right or wrong- for which they need to be in each other’s lives. As Charlie said, they just can’t stay away.

We also see some character development here, not just of Judy and Jen, but also of the people around them. The addition of Perez’s arc was a nice touch, though we could have more of her. The writing comes out stronger in this regard. All the sub-plots of the story come together nicely; there is rarely any scene that feels unnecessary to you. It is these small details that make it more impactful.

Considering the end of the first season, there were a lot of things that could have been touched upon in the second. The plot carefully treads this territory. With its eye on the prize, it also lightly touches upon other things along the way. The simple mentions, here and there, give it the credibility to expand the plotline in the next season. The way this season has ended, it looks like Jen and Judy will have an entirely different set of feelings to deal with, along with the legal challenges that are ready to jump on them.

The final episode goes up and down with the thrill. Some moments you are on the edge of the seat, wondering what will happen next. Then there are times when you think ‘alright, what could go wrong now’, then show throws one more punch at you by not only making go wrong all the things that could go wrong but also more.