Are Deavan and Jihoon from ’90 Day Fiance’ Still Together? 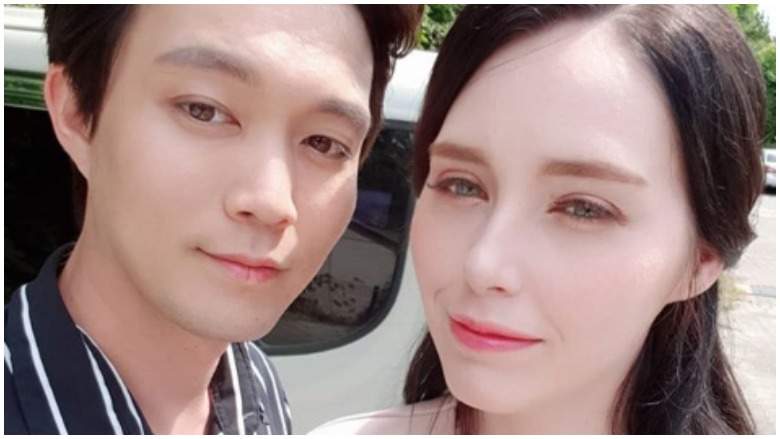 If you’re a fan of reality TV involving relationships, then you must have heard of ‘90 Day Fiance‘ and all of its spin-offs. One such spin-off is ’90 Day Fiance: The Other Way,’ a show dedicated to the international couples who wish to marry one another and move to a different country permanently.

Deavan Clegg and Jihoon Lee are one of the couples who first made their appearance on season one of ‘TLC’s 90 Day Fiance: The Other Way.’ Deavan being from Salt Lake City, Utah met Jihoon from Seoul, Korea on Tinder where they instantly connected. Since Deavan was a single mom to daughter Drascilla and had both financial and family troubles, when Deavan and Jihoon decided to get married, Deavan chose to move to South Korea.

Deavan worked at a place selling furniture in Salt Lake City, where she earned around $4,000 a month. When her colleague suggested that she and Jihoon should try out for the TLC show, she did, and a few days later, cameras were with them, and they were documenting their story. Even though they got married towards the end of the season, you must be wondering where the couple is now. Worry not, because we have the answers for you.

Are Deavan and Jihoon Still Together?

Yes, they are! After Deavan and Jihoon tied the knot in a traditional Korean wedding ceremony in 2019, they started building a life for themselves and their family in Seoul, Korea. When the filming of ‘90 Day Fiance: The Other Way‘ had started, Deavan was already 21 weeks pregnant, so she gave birth to her and Jihoon’s son Taeyang, while they were on the show.

Not everything has gone right for the couple, though, as, in October of 2019, the couple suffered a tragic miscarriage. Deavan opened up about it on her Instagram profile with a photo of a sonogram, the caption of which included: “Last Monday we did end up losing our baby. We are heart broken and focusing on healing. I want to apologize for not telling anyone sooner. But we needed this time to heal as a family. A lot of people go through this, and we feel for so many people and wish everyone who has suffered through this same situation happiness and healing. We are healing and doing better and want to thank everyone for your support during this very difficult time.” You can check out the full post below:

Add all of that to the cultural shock that Daevan must have undergone after moving to Korea, and you can be sure that the couple has had turbulent times in their relationship. Though the couple could have stayed in the U.S, Daevan stated that the decision to move to Korea was made because she wanted to be a stay at home mom, which wasn’t an option in America until Jihoon could learn English and get a stable job.

Deavan and Jihoon have made their relationship work despite all odds and are currently happily living their life in Korea with their son and Drascilla, who Jihoon treats like his daughter.

Read More: Are Corey and Evelin from ’90 Day Fiance’ Still Together?