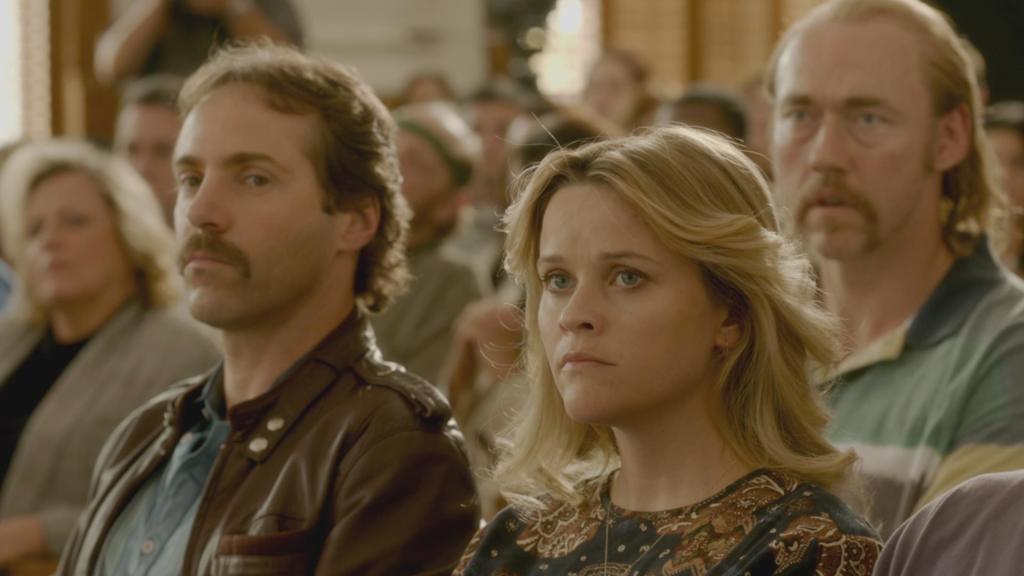 False convictions have been the subject of multiple documentaries and several cases have gained large-scale media attention. Falsely convicted people are especially ill-fated as they get punished for crimes that they did not commit. Most false convictions also have an angle of racial discrimination as minorities, especially African-Americans have been at the receiving end of wrongful accusations due to racial stereotyping. ‘Devil’s Knot’ is a biographical crime drama that revolves around probably the most famous case of false convictions: that of the West Memphis Three.

The 2013 movie is directed by Atom Egoyan and is an adaptation of Mara Leveritt’s book of the same name. It stars Colin Firth and Reese Witherspoon in lead roles. The former plays the role of Ron Lax, a private investigator while the latter essays a character named Pamela Hobbs.

While the movie was well-intentioned, it received largely negative reviews. The overall verdict was that it depicted a story that had been portrayed on a lot of occasions and failed to add anything new to it.

Is ‘Devil’s Knot’ Based on a True Story?

What is the Real Story of The West Memphis Three?

The story of the West Memphis Three is perhaps the most widely publicized instance of a wrongful conviction. The case attracted lots of media and public attention and several influential people also raised their voices in support of the three teenagers after it was found out that they had been wrongly persecuted. Their story was also covered in the series of documentaries, ‘Paradise Lost’ which became quite notable too. Here is the true story:

In May of 1993 in West Memphis, Arkansas, three eight-year-old boys, Steve Branch, Michael Moore and Christopher Byers went missing. Reese Witherspoon plays the character of Branch’s mother in ‘Devil’s Knot.’ Later, the bodies of the three boys were found in a ditch. Their ankles had been tied to their wrists using their own shoelaces and their bodies were found to be stripped naked. Their autopsies revealed more disturbing truths. It was concluded that the boys had been heavily injured. It was also found that Byers’ scrotum had been mutilated and he had lacerations on other parts of his body.

As soon as their bodies had been discovered, local police believed that the murders were linked to Satanic worship and demonic rituals. They proceeded to question Damien Echols, a known troublemaker in the town since he was a self-proclaimed Wiccan (follower of a movement known as Wicca which is linked to the practice of witchcraft). Echols denied involvement.

The investigation was making little progress and the police started to suspect Jessie Misskelley, Jr. Misskelley was a school dropout with an IQ of just 72. He was questioned for approximately twelve hours and he confessed to have seized the three victims along with Echols and his friend, Jason Baldwin. He also mentioned that he left before Echols and Baldwin murdered the boys. However, Miskelley later recanted his confessions saying that he had been coerced by the police into giving it.

Then the three boys were tried and their trial had to rely on a lot of circumstantial evidence due to lack of proof (Miskelley refused to testify). An example of the circumstantial evidence that had been used against the boys was how Echols listened to Metallica and was a fan of Stephen King’s books. The trial concluded with Echols being sentenced to death, while Baldwin and Miskelley had been sentenced to life imprisonment.

However, their case got lots of attention after the documentary, ‘Paradise Lost’ casted doubt on the boys’ conviction. Several more investigative documentaries, books and articles were released about the matter. Then, several key people whose confessions had led to the police suspecting Echols, Miskelley and Baldwin’s involvement recanted them. Moreover, newer evidence was made available due to new technology that proved the three boys to be innocent. After that, the falsely accused trio used the Alford plea: a rarely-used legal maneuver which allowed them to plead guilty while maintaining innocence. Basically, they were never cleared of their convictions but were given more lenient punishments. Since the three had already served several years in prison, the Alford plea meant that they were released from prison immediately.

Read More: Best Movies Based on True Stories in 2019