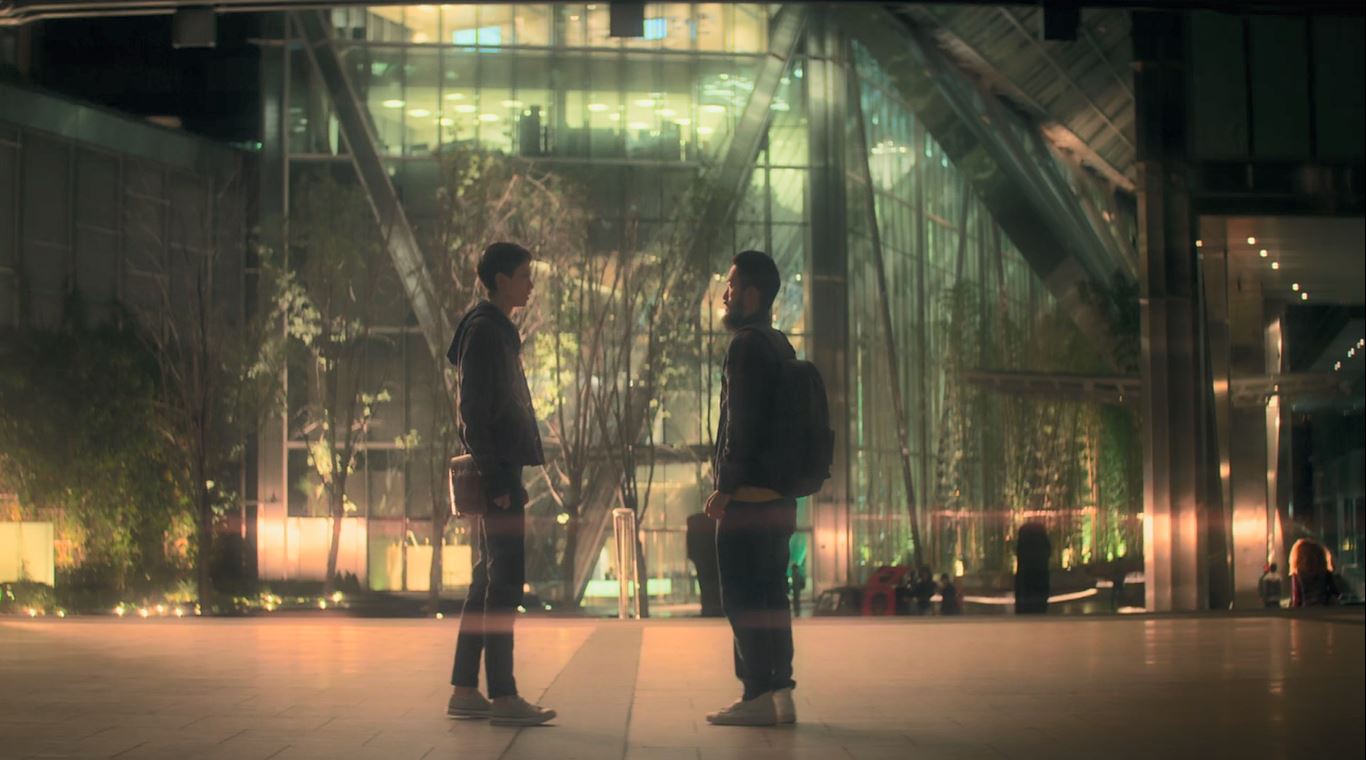 After literature and cinema, Alex Garland takes over television with ‘Devs,‘ proving his mettle as one of the premier storytellers of this generation. The Hulu mini-series has meditatively built an intriguing mystery with the help of some sophisticated science-fiction. Although, it’s time one finally calls out one of Garland’s lies: ‘Devs’ is NOT a science-based thriller like it has been promoted. It is a full-blown sci-fi.

‘Dev’s is as sci-fi as ‘The Matrix,’ and the finale proves that. The sixth and seventh episodes of the series set up a rather novel premise for the conclusion: teasing the fact that Lily would somehow change the laws of the universe. So what happens?

The episode opens with the Devs lift broken and shattered on the ground. Then, Lily enters the Devs projection room where Forest is seated, watching Amaya on the screen. Lily tells him that she does not feel like herself since she does not have any free will. Forest tells Lily how the state of every particle is related to the particles around it. It is Big Data. He tells her that Amaya on the screen is not just a film. It is Amaya. When Lily tells him that Amaya is a computer simulation and not reality, Forest says, “explain the difference.”

Forest shows Lily what she is going to do in the next few minutes: hold Forest at gunpoint and escort him to the lift. Then, she would shoot and kill him in the lift. The lift would fall to the floor due to the vacuum seal being broken.

After the projection, Forest tells Lily that the machine cannot predict the future beyond this point for some reason, indicating that Lily does something to change the laws of the universe. Forest tells Lily that the actual name of Devs is “Deus,” since the “V” in Devs is a Roman alphabet, which is pronounced like “U.” “Deus” means “God” in Latin. Then, in reality, Lily makes Forest go to the lift at gunpoint. However, just before the lift door closes, Lily throws the gun outside the lift! She has just made a choice, out of free will. Stewart, from the other side, disables the electro-magnetic field system. The lift falls and shatters to the ground. 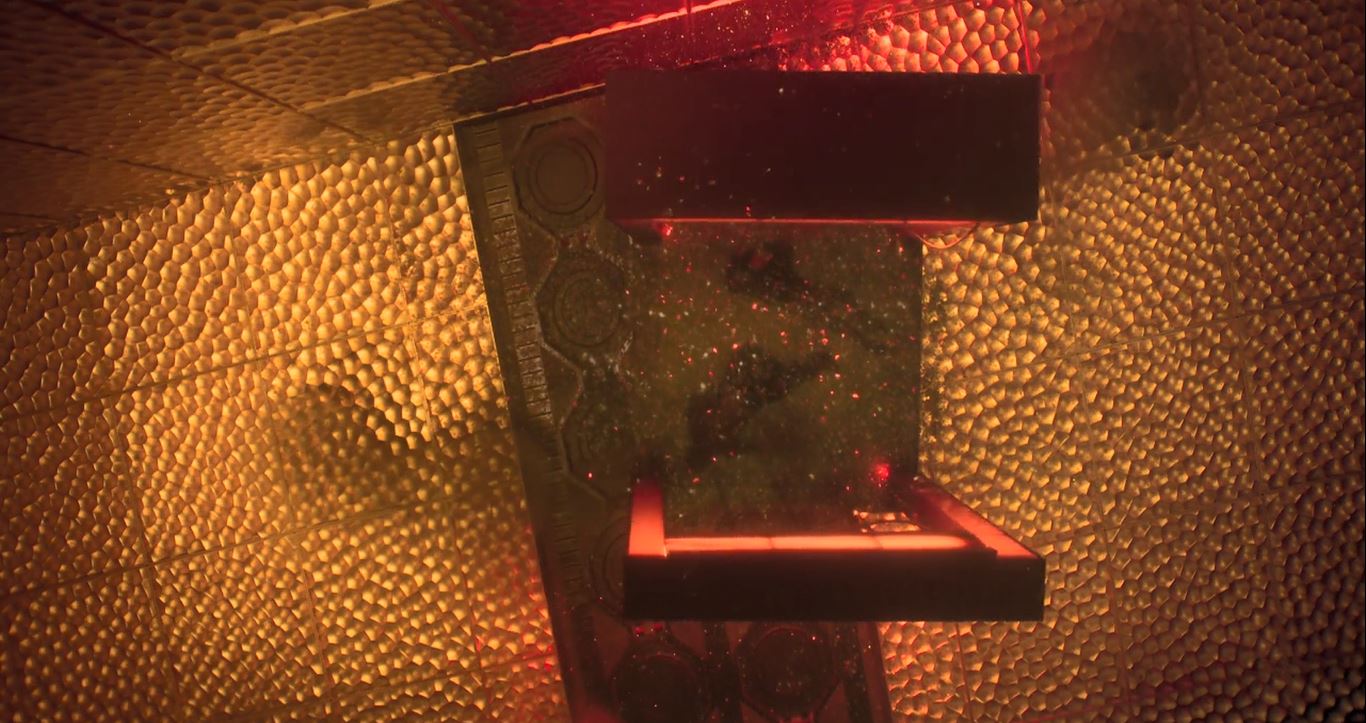 Then, Forest keeps “distorting” and appearing in front of a white screen. He is in the devs projection. It is revealed that Lily committed the “original sin” of disobedience. Lily is suddenly back in her apartment. Sergei is there! They go to work. Lyndon is there too. It is revealed that it is the day that Sergei is going to give his presentation to Forest. Lily goes to the forest, towards Devs/Deus. Forest is playing with Amaya. His wife is there too.

Lily asks Forest what this is. Forest tells Lily that they are in the system and urges her to think of it as a resurrection. He tells her that it is a simulation and that it is like paradise. Katie is using their data to resurrect them. Lily asks him what she should do. Forest asks Lily to follow her path. In “reality,” Katie shows the Devs projection to the politician who had appeared in one of the earlier episodes. Katie tells the politician that she needs her help to keep the machine running. Back in the simulation, Lily meets Jamie and hugs him.

Devs Finale Explained: What Happened to Lily and Forest?

The final episode of ‘Devs’ does explain the rather outlandish events pretty satisfactorily. It turns out that Forest, having seen the future had planned ahead. He had instructed Katie to “resurrect” him, and Lily after the lift crashes down (This is a suitable opportunity to digress and note how Alex Garland uses one of the oldest tricks in sci-fi storytelling, with regards to the crashing of the lift: the aesthetics of destruction. It is basically the satisfaction of watching the destruction of something which was meditatively “built” or speculated).

So, Katie uses the data of Lily and Forest up to the point of the lift crash. Then, she uses this data to simulate reality from the day of Sergei’s presentation. But how can one be resurrected with just data? This is where ‘Devs’ is science-fiction. Earlier in the episode, when Lily tells Forest that the projection of Amaya is actually a simulation and not reality, Forest replies, “explain the difference.” This harkens back to ‘The Matrix’ where humans are shown living in a simulation.

So, what Garland and several other sci-fi storytellers imply is that we are nothing but the data we create. We are essentially nothing but “memory” in the giant simulation that is the universe. Of course, this cannot and has not been proven, similar to how God might or might not exist. Hence, Katie is able to use the memory of Lily and Forest to conjure up a simulation where the two can stay.

In a “normal” scenario, when a person dies, their memory expires with them since the only place that it was stored was their brain. After their death, they only exist in the memory of others. As ‘Westworld‘ fans would have heard, “You live only as long as the last person who remembers you.” In ‘Devs,’ however, a person’s memory is also stored in the Devs/Deus machine. Hence, Katie is able to resurrect them.

Forest urges Lily to think of the simulation as a form of paradise or good after-life. He tells her that there can be various versions of the simulation, with some being extremely hellish. This is another reference to the many-worlds interpretation.

Many viewers might be wondering if Lily hugging Jamie means something more than it should. Essentially, Lily remembers everything that Jamie has done for her since Katie uses Forest and her memory until the point of the lift crash. It must be reiterated that Lily hugs Jamie in the simulation, not in reality. In reality, Jamie is dead.

But how can Lily make choices? This is left slightly open to interpretation. I think that Garland adopts the many-worlds interpretation completely. That theory accounts for both free will and fate since each and every possibility is accounted for. So, every “choice” that Lily makes actually happens in reality in one version or another. In this manner, the universe remains deterministic because every choice or possibility is accounted for. But humans still have the luxury of free will as they can choose to act a certain way in the reality that they are in. All the other ways that they could have acted in take place in other versions of reality.