Did Conrad’s Father Actually Punch Him in Real Life? 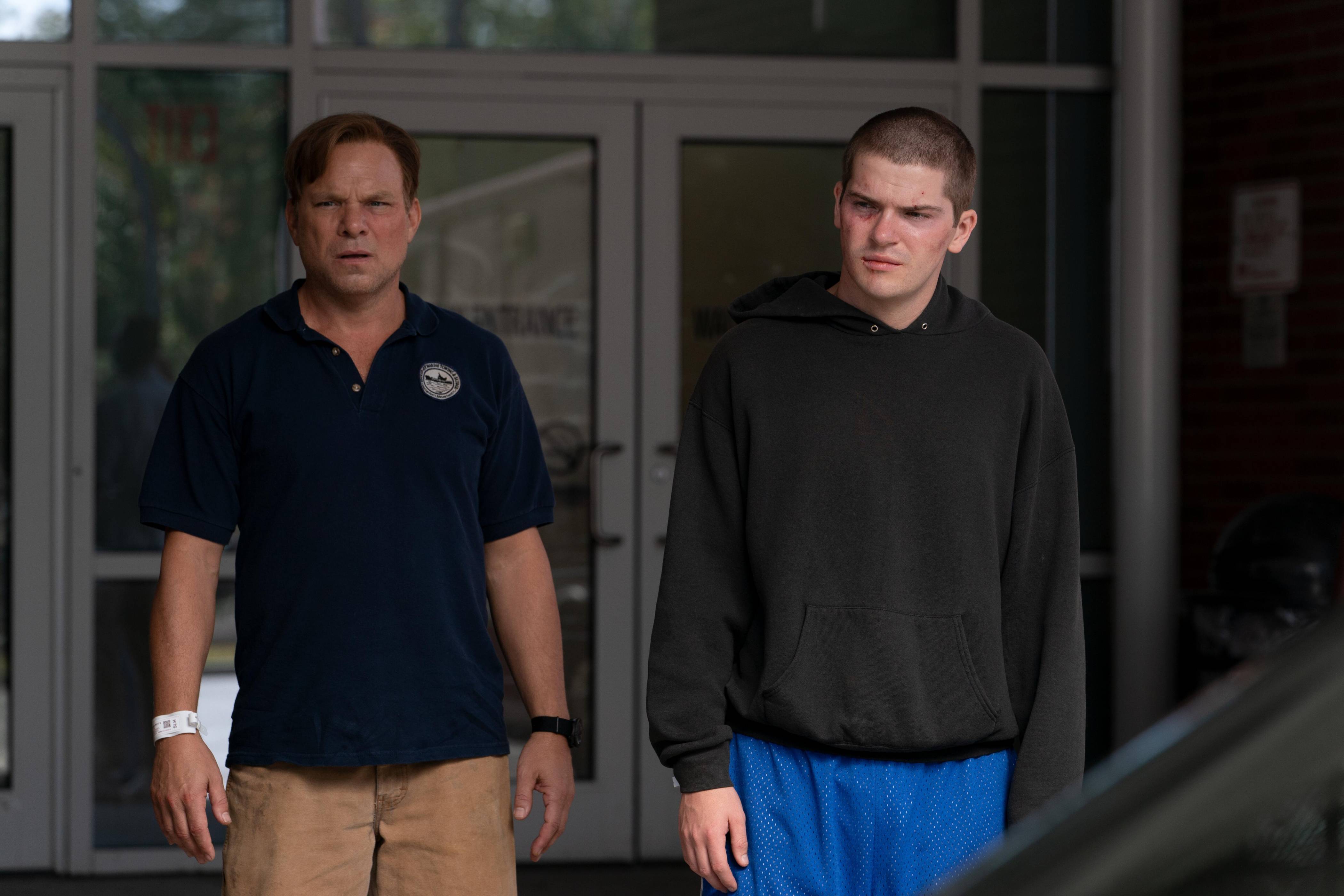 ‘The Girl from Plainville’ follows the “texting-suicide” case and the tragic death of Conrad Roy III. The Hulu miniseries delves into Conrad’s relationship with Michelle Carter and the subsequent trial that the latter faces regarding her involvement in Conrad’s suicide. Episode 6 depicts a particularly disturbing moment in the months preceding Conrad’s death, where the teenager gets into a physical altercation with his father. As things get particularly quarrelsome between father and son, the situation comes to a head with the former punching the latter. Here’s a look at what actually happened.

What Happened Between Conrad and His Father?

On the show, Conrad reveals to his father, Conrad H. Roy, Jr., that he might want to leave Mattapoisett and not carry on the family business. Later, Co gets angry when he finds Conrad playing video games after leaving work early, and the argument leads to Conrad punching his father and the latter retaliating with an even more forceful assault.

In reality, Conrad had allegedly been verbally abused by his grandfather and physically hit by his father. Michelle’s lawyer, Joseph Cataldo, also questioned Conrad’s mother, Lynn Roy, about her son’s relationship with his father. She revealed that it had grown strained and that Conrad had gone to live with a friend in Fitchburg for a week. The first day of Michelle Carter’s trial introduced some details of an alleged domestic assault incident in Conrad’s home in February 2014. Two officers were also called to the residence in response to an alleged assault and battery charge.

As per reports, Conrad’s father was subsequently charged with assault. The Mattapoisett police officers were also summoned by the defense at Michelle Carter’s trial. Although they revealed that they spoke to both Conrad and his father, further details of the incident were suppressed during the trial. The line of questioning by the defense about the domestic abuse report was also interrupted multiple times by the prosecution.

Did His Father Actually Punch Conrad?

Though the incident involving the alleged domestic abuse was not discussed during the trial, there are multiple reports of Conrad being assaulted by his father on at least one occasion. One such report describes an altercation over dinner in which the father allegedly pinned down his son and punched him repeatedly. In a statement to the police, Conrad claimed, “He punched me repeatedly and pinned me down. I couldn’t get up. His girlfriend said I was piece of s—.”

In the two-part documentary ‘I Love You, Now Die: The Commonwealth V. Michelle Carter,’ Conrad Roy Jr. (Conrad’s father) is also seen talking about his arrest following a physical altercation with his son. During Michelle Carter’s trial, the aforementioned police officers also identified photographs featuring “a bruised and battered” Conrad.

“I think at first it’s kind of embarrassing but it doesn’t really matter,” Conrad Roy Jr. said in ‘I Love You, Now Die’ referring to the “violent” incident. “I know what happened that night with my son, and I know I was being a parent. And I know things got out of control and we both fought each other. And I’d do it again just like that.”

Read More: Did Michelle and Conrad Break Up Before His Death?