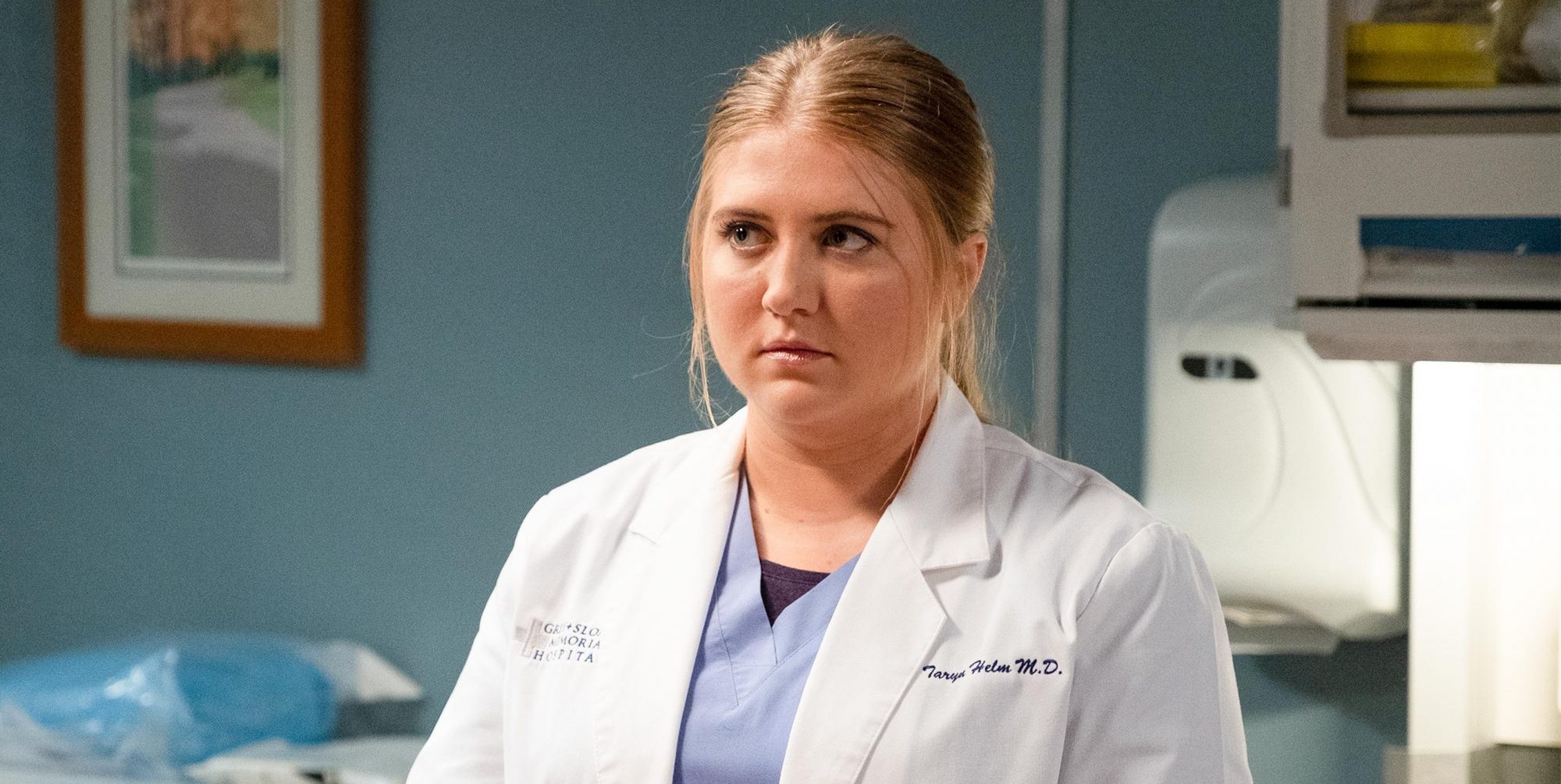 The eighteenth season of ABC’s medical series ‘Grey’s Anatomy’ follows Miranda Bailey and Richard Webber’s efforts to save the residency program of Grey Sloan Memorial Hospital. In the eighteenth season finale, a health official closes down the program, paving the way for the departure of several residents, including Taryn Helm. The nineteenth season of the show premieres without Helm or any other departed residents, except for Levi Schmitt, who becomes the chief resident. Naturally, the viewers must be eager to know whether we have seen the last of Jaicy Elliot’s Helm in the show. Will she return to Grey Sloan, opening a gateway for Elliot to return to the show? Let’s find out!

What Happened to Taryn Helm?

In the eighteenth season finale, Jamarah Blake, who arrives at Grey Sloan to evaluate the residency program of the hospital, shuts down the same. Residents including Taryn Helm leave Grey Sloan without any other option. In the nineteenth season premiere, Meredith Grey runs a significant part of the hospital as the new chief of surgery and succeeds in reopening the residency program. Schmitt becomes the new chief resident, who welcomes a new group of residents to the hospital. But even after the reopening of the program, Helm doesn’t return to Grey Sloan. In the second episode of season 19, Schmitt meets Helm, who has become a bartender.

Schmitt requests Helm to return to the hospital, especially since he is facing a shortage of doctors to take care of all the patients. However, she makes it clear to her best friend that she is not returning to Grey Sloan. Helm gets severely hurt when she gets forced to leave the hospital, which makes her feel that all her hard work to establish herself in the institution was a waste of time and effort. The anger stops her from considering returning to the hospital. She neither wants to get hurt nor administrative concerns to affect the hard work she has put in to find her footing in the hospital again. So, does that mean we will never see Jaicy Elliot again? Let’s see.

As of now, neither ABC nor Jaicy Elliot has announced the actress’ departure from ‘Grey’s Anatomy.’ Elliot even teased that there is more to happen in Helm’s storyline. “I really hope that she [Helm] finds sort of a community and she finds herself and figures out what it is she wants,” Elliot told TV Insider when asked about Helm’s future in the show. “So, a lot of shifts, and I just hope that she finds happiness and success in her career. It’d be nice for her to be a little more defined for herself,” the actress added.

As Elliot indicated, Helm’s bartender job can be just a shift in her life she needs until her anger towards Grey Sloan evaporates from her. The actress’ words also show that Helm possibly will return to “her career,” indicating that she may return to her career as a doctor. Helm’s decision to not return to Grey Sloan can be just her anger, disappointment, and frustration talking. As long as Meredith is in Grey Sloan, she may not be able to say no to the hospital always.

Considering these factors and possibilities, we believe that Jaicy Elliot most likely will continue featuring in ‘Grey’s Anatomy.’ In one of the upcoming episodes, we can expect Helm to suddenly appear in Grey Sloan, surprising Schmitt, with a stethoscope to take care of patients as always.

Read More: Will Jo and Link End Up Together in Grey’s Anatomy? Theories