Did Jeffrey Dahmer Kill His Father or Brother? What Happened To Them? 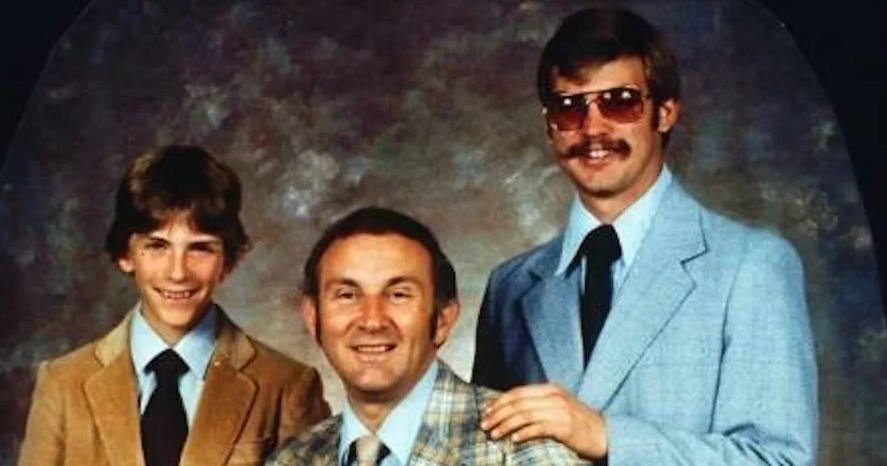 Netflix’s ‘Monster: The Jeffrey Dahmer Story‘ has been making waves through its chilling depiction of serial killer Jeffrey Dahmer’s life and crimes. Jeffrey was active between 1978 and 1991, when he killed around 17 men and boys in the states of Wisconsin and Ohio. Since serial killers often kill without reason or mercy, people have wondered if Jeffrey was responsible for killing his father. Moreover, the absence of his brother from documentaries and reports has made people doubt if he, too, ended up becoming one of Jeffrey’s victims. Well, let’s find out what happened to Jeffrey Dahmer’s brother and father, shall we?

Did Jeffrey Dahmer Kill His Father or Brother?

No, Jeffrey Dahmer did not kill his father or brother. In fact, he never touched anyone from his family, as most of his murders were born out of a sexual desire and desperation to have complete control. Readers might be surprised to know that his dad, Lionel Dahmer, had always tried being a proper-father figure ever since his childhood. Although the latter’s frequent altercations with his wife, Joyce, and their eventual divorce left a bitter taste in Jeffrey’s mouth, the serial killer’s father supported him throughout.

Furthermore, Lionel refused to let Jeffrey face anything alone, as he attended every one of his son’s sexual abuse trials and tried, albeit in vain, to bring him away from his troublesome ways. That said, readers should note that until the serial killer’s arrest in July 1991, his father knew nothing about the murders he had committed. Naturally, the gruesome truth shocked him, but he still decided to be there for his son and visited him regularly after his incarceration.

On the other hand, Jeffrey was seven years older than David, yet he loved his little brother and was protective of him. Both brothers had different personalities, with the younger one being more outgoing and the former preferring to stay mostly alone. Regardless, Jeffrey and David shared an excellent bond and never got into serious altercations. Nevertheless, in 1978 their parents separated, and Joyce was awarded custody of their younger child, with Lionel earning visiting rights. Subsequently, she moved to Fresno, California, with David, where she raised him independently.

What Happened to Jeffrey Dahmer’s Father and Brother?

After divorcing Joyce in 1978, Lionel Dahmer married Shari Dahmer in December of the same year, and the two settled in Ohio. Interestingly, after dropping out of college and the military, Jeffrey stayed with them for a while before moving to his grandmother‘s house in West Allis, Wisconsin. Nevertheless, Lionel remained in contact with his son throughout and supported him every step of the way. Apart from visiting Jeffrey regularly after his imprisonment in 1992, he tried to build a connection between Shari and her stepson.

The same year, Lionel, Shari, and Joyce faced a wrongful death lawsuit against them by Steven Hicks’ family. In 1994, Jeffrey’s father published his memoir ‘A Father’s Story,’ and after the serial killer was murdered in the same year, he fought Joyce in court and earned the right to cremate his son’s remains. Since then, Lionel has appeared in various documentaries to talk about his experience but currently seems to reside in Ohio with Shari.

On the other hand, David was an alum of the University of Cincinnati, Ohio, at the time of Jeffrey’s arrest; he refused to remain connected to such a heinous killer. Hence, he changed his name, adopted a new identity, and started life afresh. While he currently keeps his life under tight wraps and has never appeared publicly to talk about his brother, Shari claimed in 2004 that he was doing well and that he and his wife were expecting their second child.

Read More: What Was Jeffrey Dahmer’s Job? How Did He Earn His Money?