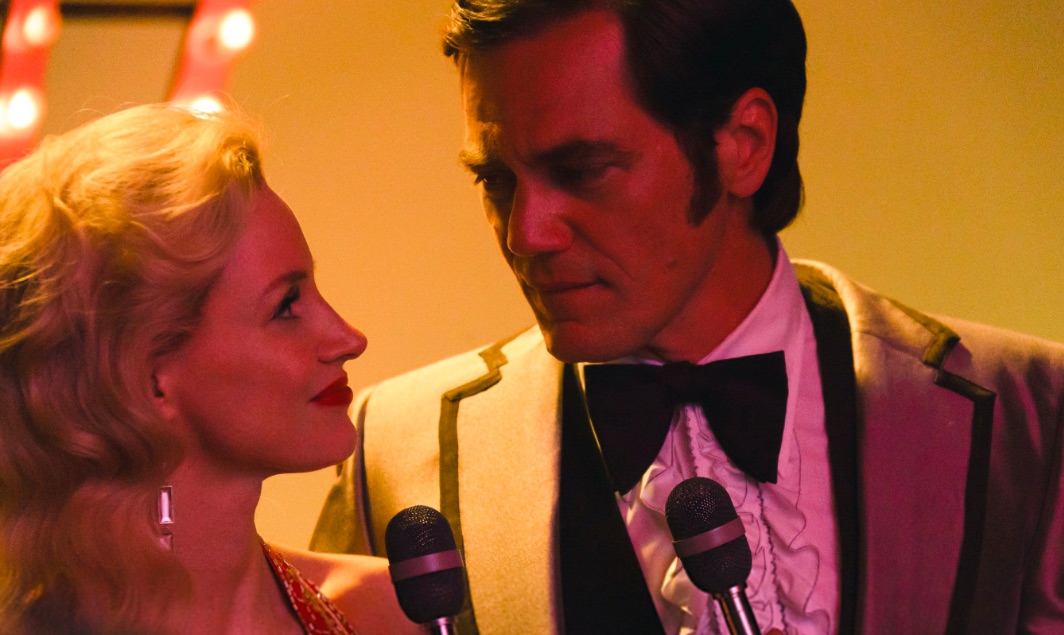 Showtime’s ‘George and Tammy’ follows the love story of the legendary country music couple. Over the course of six episodes, the series portrays the complicated relationship between George and Tammy, focusing on their love for each other while also underlining their individual struggles that led to the downfall of their relationship. Over the years, their songs became the reflection of their love, and the TV show, too, relies on music to convey the ups and downs in their journey to the audience. With Michael Shannon and Jessica Chastain in the lead roles, if you are wondering whether the songs in ‘George and Tammy’ have actually been sung by the actors, then allow us to shed some light on the matter.

Did Michael Shannon and Jessica Chastain Sing for Their Roles?

Yes, Michael Shannon and Jessica Chastain took over the singing part of their roles and actually sang in ‘George and Tammy’. Explaining why it was important for the actors to embody that part of their characters, series creator Abe Sylvia told THR, “I think that the important thing to remember is George and Tammy themselves conveyed so much pain and beauty and sorrow and joy and happiness and all of this emotion in their vocals, and that’s what we wanted to capture with Michael and Jessica. The vocals are recorded live and you get their true feelings in the vocals at all times, that’s how they’re most like George and Tammy.”

For Shannon and Chastain, singing for ‘George and Tammy’ was challenging, but they were both up to the task. Apart from making a name for himself in Hollywood, Shannon is also known for being a part of the folk-rock band, Corporal. So, he is no stranger to singing and songwriting. For Chastain, singing as Tammy Wynette followed after her Oscar-winning role as Tammy Faye in ‘The Eyes of Tammy Faye’. Portraying the televangelist required the actress to sing several songs in the movie, which only prepared her for the songs she had to sing in the TV show.

To prepare for their roles, both the actors trained for months prior to the shooting of the series, “We have 31 songs we’re singing. We did six weeks of rehearsals in New York. Then I went to Nashville and did 10 days straight working with [music producer] T Bone Burnett,” Chastain told EW. The services of Ron Browning, a Nashville vocal coach, were also employed to help the actors get into their roles.

For Michael Shannon, it was “a fool’s errand to try to completely emulate” the singing prowess of George Jones. However, the actor did find that the songs helped him understand the legendary singer, especially considering that they came from his own life, giving the listeners a peek into the turmoil he’d been facing in his life at a given point. “These songs, they’re pretty deep and they’ve got some dark corners in them, and we spent a lot of time with them. In addition to learning how to sing them, I think they also kind of taught us about who the people were and the story we were telling,” said the two-time Academy Award-nominated actor.

Considering all the preparation and effort that went into the roles, the choice for the actors to sing for their parts complements their portrayal of the characters. To their credit, Shannon and Chastain do an excellent job of singing and using the songs to focus on the emotions behind them, giving the audience a more intimate look into George and Tammy’s love story.