Did Tengen Uzui Retire or Did He Die in Demon Slayer Season 2? 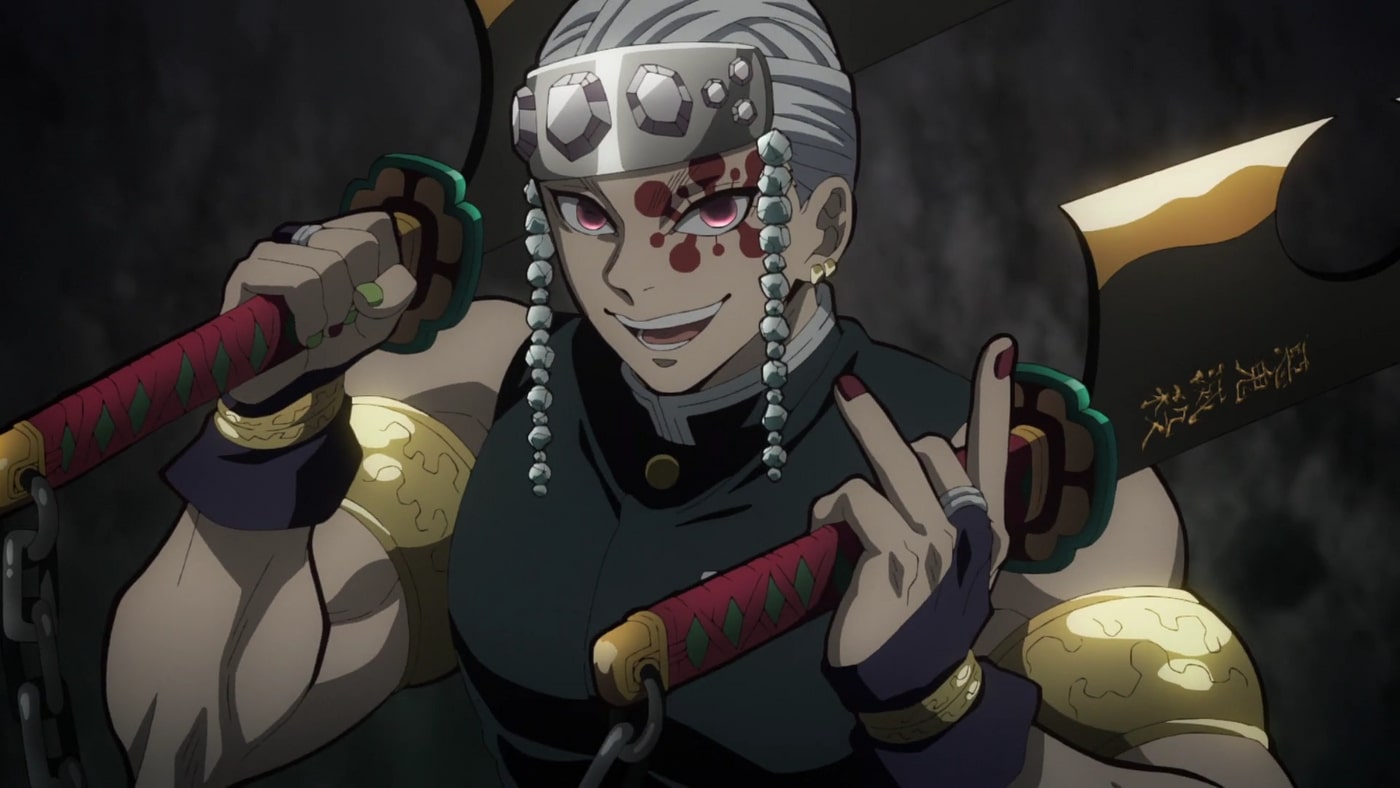 The Sound Hashira Tengen Uzui has been at the forefront of the struggle against the Upper Rank Six demons Gyuutarou and Daki. In ‘Demon Slayer: Kimetsu no Yaiba‘ Entertainment District Arc, there were moments when he even found the brother-sister duo all by himself. Therefore, when the fight was reaching its conclusion, it was not surprising that he was heavily injured with poison slowly spreading throughout his body. But did the Sound Hashira die? Or did he manage to survive the entire ordeal? In case you are looking for answers to those questions, then we have got you covered. SPOILERS AHEAD!

Did Tengen Uzui Retire or did he Die?

No, the Sound Hashira does not die in ‘Demon Slayer: Kimetsu no Yaiba’ season 2 finale titled ‘No Matter How Many Lives.’ Tengen has put his life on the line to give the Demon Slayers a small window of opportunity where they can simultaneously behead the joint holders of the Upper-Rank Six. Unfortunately, he has been poisoned quite early in the battle but has persevered despite the agony and pain. While he has most likely used breathing techniques to slow down the spread of poison, Gyuutarou’s venom is strong enough to overwhelm him eventually. 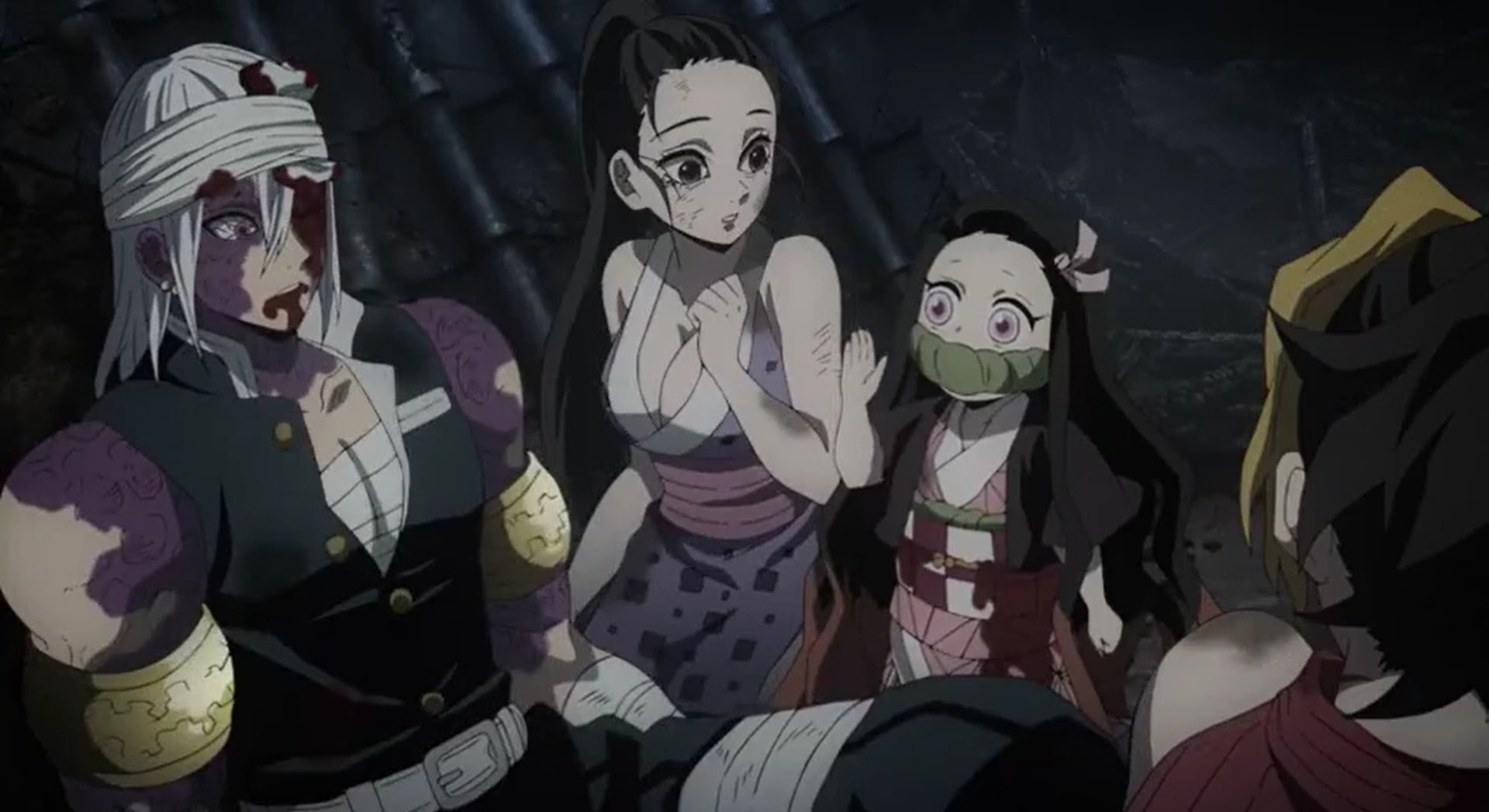 After the battle with Gyuutarou and Daki is won, the Sound Hashira has accepted his fate. He believes that he is going to die surrounded by his three wives. So, Tengen tries to articulate his last words only to realize that the poison has made his tongue stiff, and he can’t really say anything. When the sorrow of dying without expressing himself wash over Tengen, Nezuko arrives on the scene out of nowhere and uses Blood Demon Art to burn all the poison. The Sound Hashira, who was struggling for his life just moments earlier, suddenly realizes that he is not going to die.

Although Uzui is safe, the permanent injuries of the violent battle can’t be fixed with Blood Demon Art. He has lost one arm and an eye while fighting the Upper-Rank Six, so his future as a Hashira appeared very grim. While all these countless thoughts about his uncertain future are running through his head, the Serpent Hashira, Obanai Iguro, arrives on ground zero. He criticizes Uzui for getting so heavily injured while fighting the Upper-Rank Six demons and inquires when he will manage to recover and rejoin his comrades in the Demon Slayer Corps.

To Obanai’s surprise, Tengen opens up about his decision to retire since he won’t be able to fight in his condition. The Serpent Hashira refuses to accept Tengen’s retirement plans and argues that the Demon Slayer Corps is already weakened following the death of Kyojuro Rengoku. Furthermore, the amateur Demon Slayers who have recently joined them do not look promising at all. Obanai Iguro’s reservations are reasonable, and it is understandable why he wishes that the Sound Hashira forgets his retirement plans.

Unfortunately, Tengen’s permanent injuries severely limit his fighting capabilities. So, even after patiently listening to Serpent Hashira’s criticism and advice, Uzui does not relent. He has made up his mind, and knowing that he struggled so much against the Upper-Rank Six despite Tanjirou, Inosuke, and Zenitsu’s help, the Sound Hashira’s decision is absolutely spot on since he won’t be of much use in combat after losing one eye and arm. However, fans who wish to see him in the future need not feel disheartened as the Demon Slayer is highly likely to make an appearance in the Hashira Training Arc and the Infinity Castle Arc.