Did Ty Die? Why Did Graham Wardle Leave Heartland? 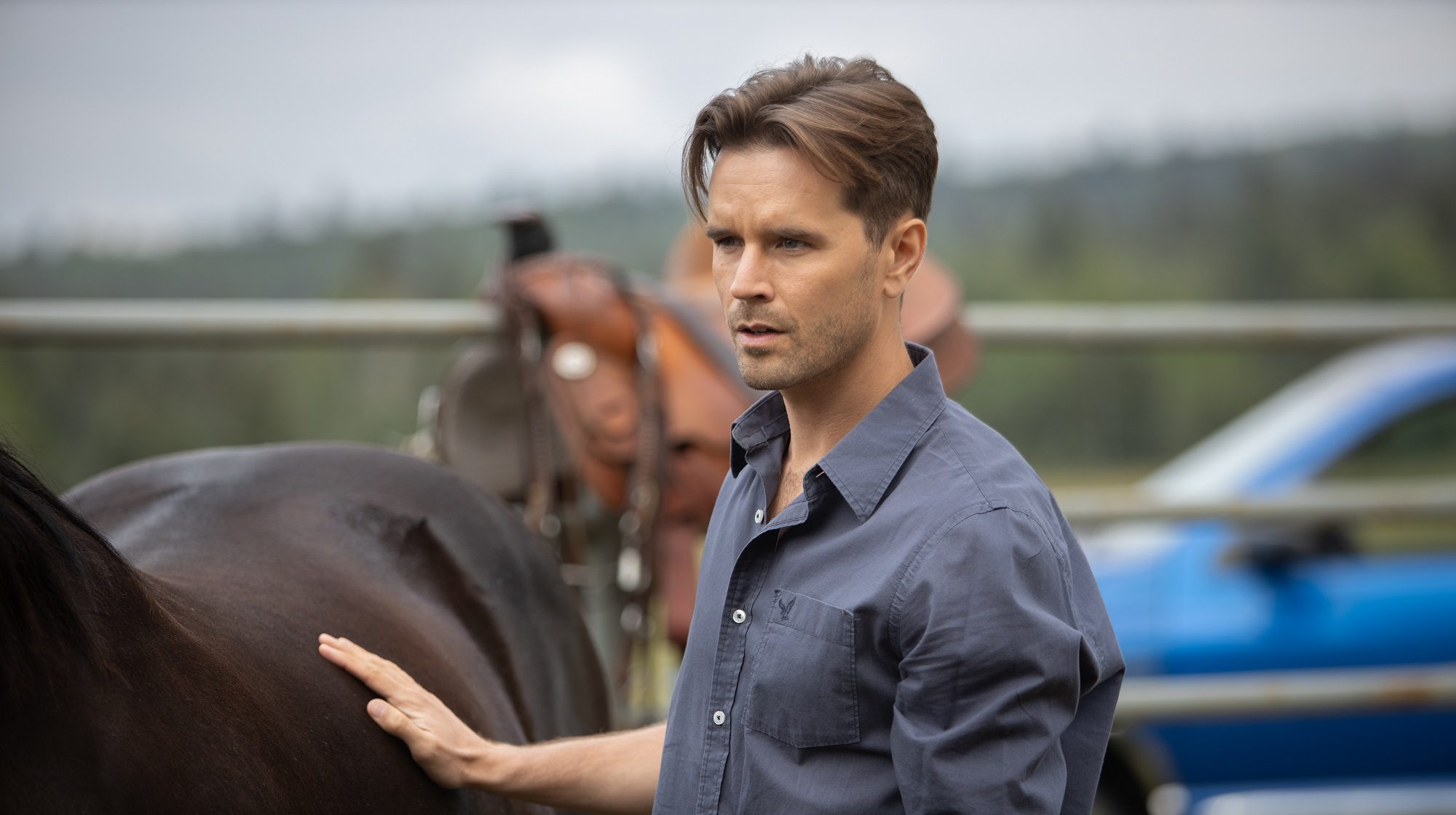 ‘Heartland‘ is a family drama series that chronicles the lives of sisters Amy and Lou Fleming and their loved ones as they all manage their family ranch in Hudson, Alberta. The series delves into the interpersonal dynamics of the family members as well as the romantic relationships of the Fleming sisters. Based on Lauren Brooke’s eponymous books, the show is developed by Murray Shostak for the small screen.

Fans praise the show for its heartwarming narrative and characters. One particular dynamic that has attracted the attention of the viewers is that of Amy and her husband, Tyler “Ty” Borden. However, fans were dejected when actor Graham Wardle – who plays Ty – exited the show early in season 14. Do you wonder why he left and what happened to Ty? Let’s find out together. SPOILERS AHEAD.

Ty Borden is introduced to the viewers in season 1 as Heartland ranch’s teenaged farmhand, who not only finds his way to fans’ hearts but also Amy’s. Despite having a rather eventful relationship, Ty and Amy finally get together when he proposes to her in season 6 episode 9. The couple ties the knot in season 8 episode 18, and goes on to grow their family as they welcome their daughter Lyndy in the season 10 finale.

However, in season 13 episode 10, Ty and Amy accidentally get shot by a stray bullet fired by a nearby poacher. While Amy sustains minor injuries, her husband somehow manages to survive despite being severely wounded. Unfortunately, he does not heal properly. In season 14 episode 1, Ty suddenly collapses while stabling a horse and passes away due to deep vein thrombosis. This was a result of the complications from his gunshot wound. His unexpected death throws Amy and the family into a dark phase, while she is left solely responsible for raising Lyndy.

Why Did Graham Wardle Leave Heartland? Where is He Now?

Actor Graham Wardle gained immeasurable adulation from fans for his performance as Ty Borden since ‘Heartland’ commenced airing in 2007. He remained a principal cast member for a full thirteen seasons as he essays the much-loved character. Thus, it came as a shock to everyone when he announced his departure from the show. His January 2021 email to the press read, “I felt in my heart it was time to move in a new direction.”

Graham further explained his reasons for stepping away from the series in a special message to fans via the show’s official YouTube Channel. He stated that he had reached a tipping point internally and wished to take a leap of faith to explore newer opportunities and move forward. “I have not taken this decision lightly…I have spent a few years now contemplating and trying to figure out how to honor myself and make this transition and honor the show,” the actor shared.

Moreover, Graham spoke about trusting his inner voice and said, “It’s been a long, process and the long and short of it is, I’m following my heart. I don’t know where it’s leading me but that’s what life’s about, trusting, having faith, and going forward.” Lastly, he expressed his gratitude for being able to portray Ty and thanked the audience for their love.

Actress Amber Marshall, who plays Amy in ‘Heartland,’ supported her castmate’s decision in a January 2021 interview. She explained, “Graham, for the last several years, he’s been going in different directions, working on different projects, and he’d spoke with us openly quite a few times.” The actress continued, “I think it’s so important to listen to our gut and know what really drives us and to follow that. And yes, you’re going to hurt people along the way. But he did it in such a respectful way to all of us. And I think that that is the most important thing.”

Since Graham’s departure from the show, he has been busy hosting his faith-based podcast called ‘Time Has Come,’ wherein he speaks to various guests about their personal journeys as well as what drives them to step out of their comfort zones. Furthermore, he discusses the impact on one’s future after such life-altering decisions and how to cultivate the courage to not hold back. Several of Graham’s former co-stars from ‘Heartland’ like Amber, Cindy Busby (Ashley), and Jessica Amlee (Mallory), have appeared on his podcast.

With that said, Graham is yet to announce his potential on-screen projects, and we cannot wait to see what is in store for him. The good news is that the actor, filmmaker, and photographer remains connected to fans through social media. So, we will know soon enough what his plans are with regard to his acting career.