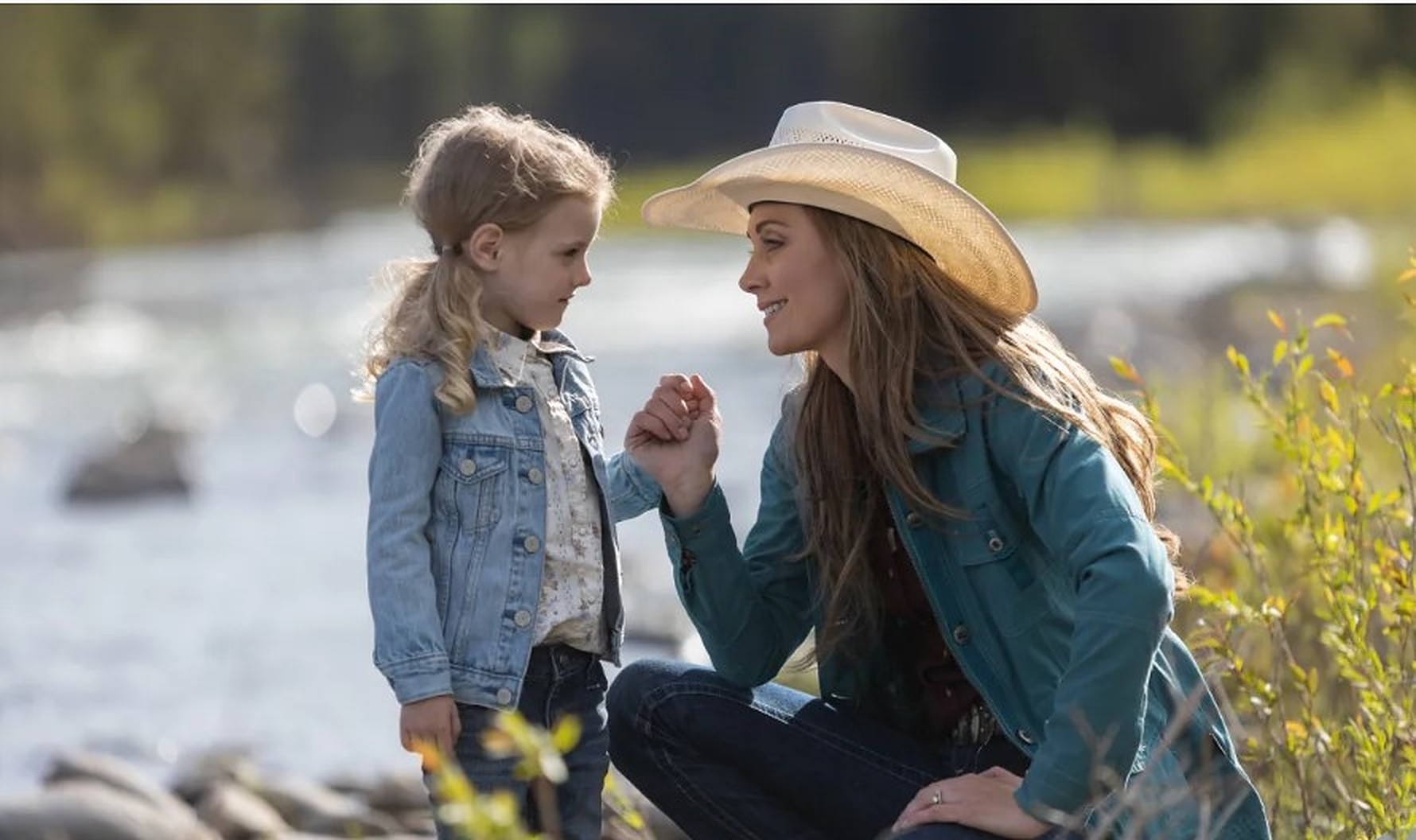 ‘Heartland’ is a family comedy-drama show based on Lauren Brooke’s eponymous book series. It has been developed for the screen by Murray Shostak and chronicles the lives of the Fleming-Bartlett family who live on their ranch in Alberta and specialize in healing as well as training injured and problematic horses. Amy Fleming especially inherits the ability to communicate with the animals from her late mother and forms deep bonds with the creatures.

As the years pass by, Amy and her family overcome several obstacles to come closer than ever. Since the show first landed in 2007, fans have loved its touching themes and unique characters. Now, if you wish to watch more such heartwarming shows, we’ve got the coolest list for you to indulge in. You can watch most of these shows similar to ‘Heartland’ on Netflix, Hulu, or Amazon Prime.

Created by Dan Fogelman, ‘This Is Us‘ is a drama TV series that depicts the evolving dynamics of the Pearson family comprising parents Jack and Rebecca and their three children, Kevin, Kate, and Randall. Set across different time frames, the narrative follows the growth and struggles in their lives as well as the various circumstances that distinguish them yet bind them together.

Much like ‘Heartland,’ the show is a multi-generational tale of a family that comes together in an adverse situation of loss and braves all challenges that life throws at them by drawing strength and comfort from each other. ‘This Is Us’ also talks about the ups and downs of parenthood and features an equally stellar ensemble cast.

‘Northern Rescue’ is a drama TV series that explores the trials and tribulations of single parenthood and the impact of losing a mother on young children. Created by Mark Bacci, David Cormican, and Dwayne Hill, it follows John West, a search and rescue commander who moves from Boston to a small town in Ontario with his three young children, after the death of his wife, Sarah. Her absence affects all of them, and John struggles to raise his kids alone while adjusting back to small-town life. Meanwhile, the three youngsters, too, grapple with making friends and coping with their pain.

Both the shows speak about the loss of a parent and the various ways of processing grief among children. In addition, just like Amy and Lou have their grandfather Jack as their support system, Sarah’s sister becomes a guiding force in the lives of her nieces and nephew. Apart from this, both sets of young protagonists share strained relationships with their fathers and gradually mend them with time.

Another moving drama TV series that highlights the ups and downs of families as well as dealing with the past, ‘Chesapeake Shores’ is quite similar to ‘Heartland’ in terms of the themes it touches upon. Based on the eponymous novel series by Sherryl Woods, it focuses on Abby, who returns from New York to her hometown of Chesapeake Shores, Maryland. While helping her sister Jess save her inn from foreclosure, Abby is confronted with the troubled relationship she shares with her two daughters as well as the arrival of her estranged mother.

With time, Abby learns to balance all these aspects of her life while reconnecting with her former love, Trace, and trying to bring her family back together. Just as Amy, Abby faces her trauma and fears to become the anchor for her close ones and finds love and purpose once again.

Though it is not particularly about horses or family, ‘All Creatures Great and Small‘ elaborately details the process of healing animals as well as the interpersonal dynamics of those working with them, just as ‘Heartland’ does. Based on a series of books by James Herriot, the comedy-drama TV series follows a trio of veterinary surgeons named James, Siegfried, and Tristan, who work in the Yorkshire Dales in 1937. Along with their housekeeper Mrs. Hall, they experience various sweet adventures and find love and fulfillment.

The trio navigates through different medical conditions of animals with the help of their expertise and unique methods, drawing parallels with Amy, who also employs several techniques to heal the injured and sick horses. Apart from the bonds of the protagonists with their patients and four-legged companions, both shows portray the interactions between them and the locals, with a slight pinch of humor.

Developed by Sarah Dodd, ‘The Saddle Club’ is a family drama TV series that centers around young female protagonists who share an expertise in equestrian sports and their love for horses. It is based on the eponymous children’s book series written by Bonnie Bryant and follows friends Stevie, Carole, and Lisa as they navigate their troubled personal lives while training as professional horse riders at the fictional Pine Hollow Stables.

Like Amy and Lou, the three young girls find respite from their internal issues in their love for horses and establish a strong sisterly bond like the two siblings. Furthermore, they face strong competition in the form of their rival Veronica, something that reminds viewers of Ashley, Amy’s former rival. Lastly, both shows revolve around horses and their care.

Another drama TV series that focuses on the relationship between a girl and horses, Vicki Lutas and Anna McCleery’s ‘Free Rein’ revolves around teenage sisters Zoe and Rosie, who travel to their mother’s hometown to spend the summer. Soon, Zoe gets deeply attached to Raven, an unruly horse at the Bright Fields Stables. Despite her mother’s apprehensions, she begins training Raven and the beautiful creature, in turn, helps her heal from her own inner conflicts. As time passes, Zoe also makes friends and finds new confidence in life.

Amy and Zoe both inherit their equestrian skills from their mothers, and the dynamic horses in their lives turn their lives around by helping them channel their grief. Moreover, like Amy finds love in farmhand Ty, Zoe too has a romantic connection with Pin, a stable boy. On top of that, Zoe too finds solace in her sister Rosie, as Amy does with Lou. 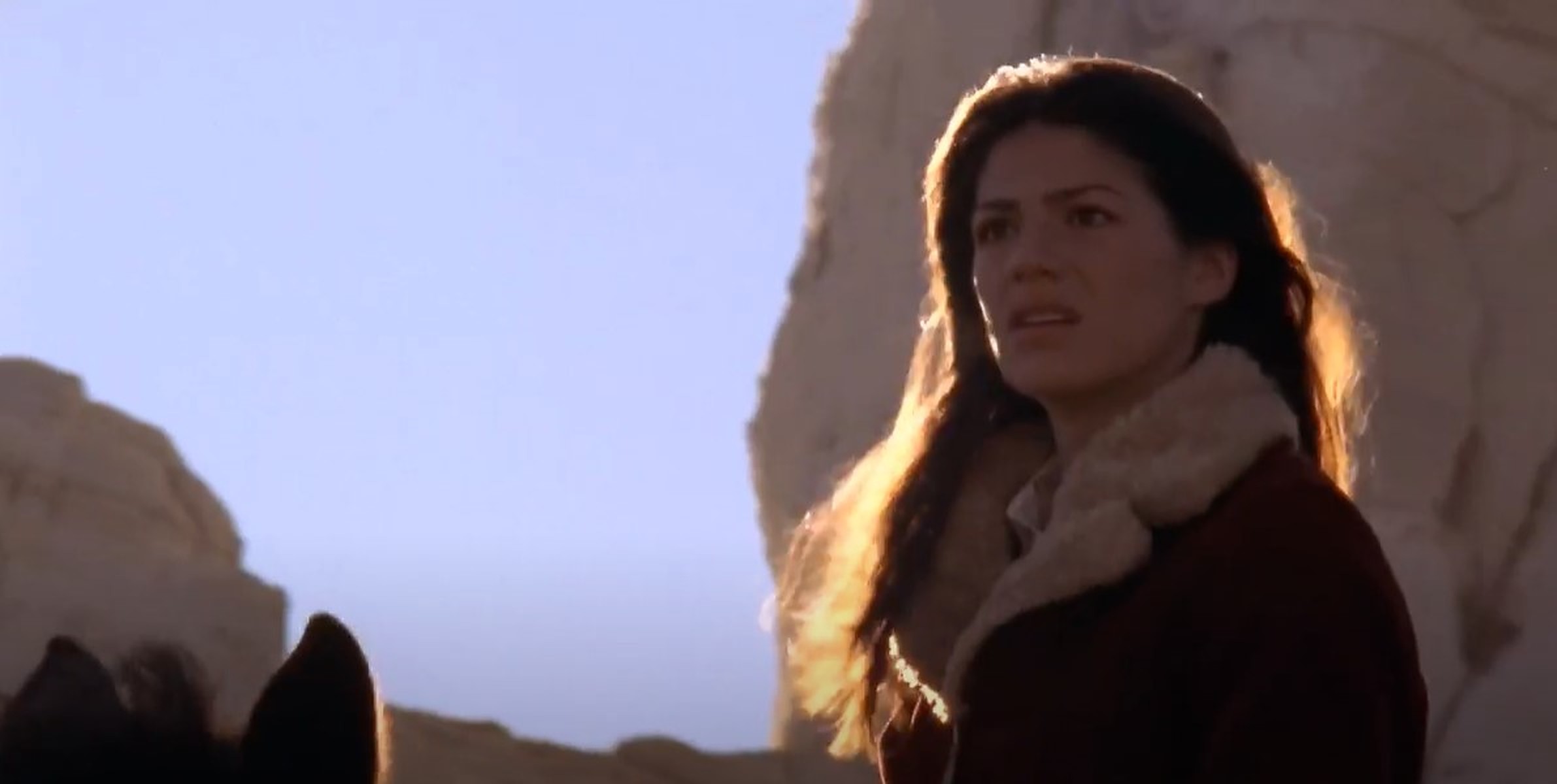 A girl gifted with the ability to communicate with horses and the special bond she shares with the one she rescues — these two pivotal points make the family drama TV series ‘Wildfire’ extremely similar to ‘Heartland.’ Created by Michael Piller and Christopher Teague, it centers around Kris, a young girl with a troubled past, who gets a chance to redeem herself when she is sent to work at the Ritter family’s ranch, Raintree.

Kris has a unique talent for managing horses and gradually helps the family save the ranch from financial problems while forming meaningful relationships in her life. Like Amy has Spartan, Kris has Wildfire, a horse whom she rescues and then trains to become a champion racer. Apart from this, each show depicts strained family equations along with life on ranches.

Read More: Is Heartland Based on a True Story?