Do Benny and Blaire End Up Together in Night Teeth? 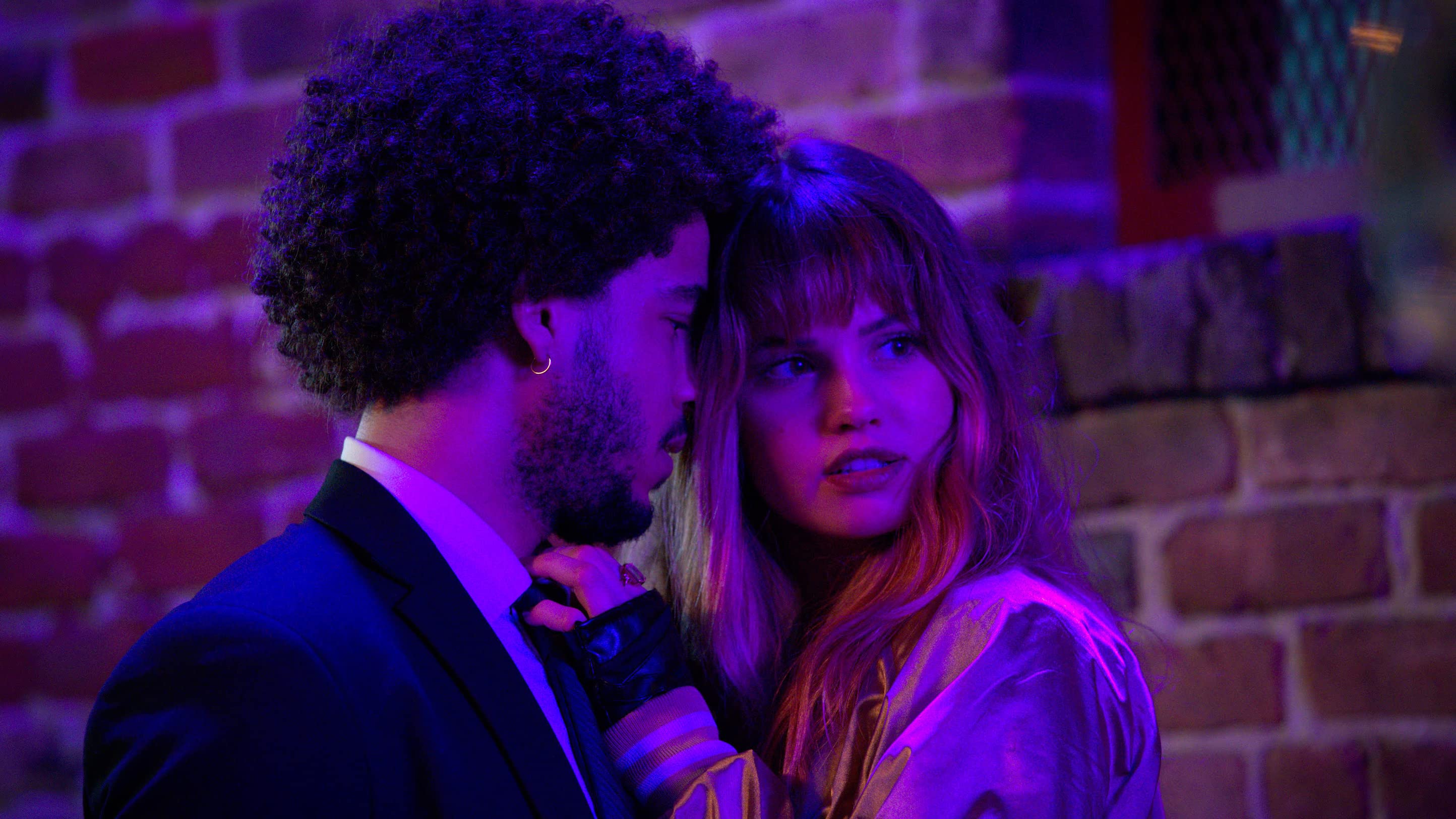 While Netflix’s ‘Night Teeth’ is unquestionably a horror film, the gradually developing romance between Benny (Jorge Lendeborg Jr.) and Blaire (Debby Ryan) serves as its emotional core. When they meet, a bond forms between them, and it only grows as the movie progresses.

They face ordinary vampires, high-ranking bosses, and people who hunt vampires together and manage to survive. Their path eventually leads them to their inevitable confrontation with Zoe (Lucy Fry), Blaire’s closest friend and maker, and Victor (Alfie Allen), the movie’s main antagonist. If you are wondering whether Benny and Blaire end up together in ‘Night Teeth,’ we got you covered.

Do Benny and Blaire End Up Together?

Yes, Benny and Blaire are together when ‘Night Teeth’ ends. Victor, a mid-tier vampire, is ambitious and desires power. On the night Benny convinces his brother Jay to let him be a substitute chauffeur, Victor instructs Zoe and Blaire to go around Los Angeles and kill the vampire bosses. They know that Jay is the leader of the protectors of Boyle Heights, so they hire him to drive the girls around the town. Blaire and Zoe have never met Jay, and Benny was instructed to use his brother’s identity. As a result, the girls initially think Benny is Jay and are surprised to find him shy and undecided.

After Benny sees the girls drink human blood and kill their victims, he confesses the truth about himself. When Zoe calls Victor to tell him about this, the latter asks her to keep Benny alive. Meanwhile, Benny and Blaire converse to their heart’s content. It is revealed Zoe turned Blaire into a vampire in the 1970s, and they have been together since then. With the night of carnage and mayhem, Zoe hopes to get everything that she has ever wanted. Benny helps Blaire see that she is not like that and still has a hold on her humanity.

The two of them share an intimate moment while they are visiting Rocko’s stronghold. However, they are interrupted when a fight inevitably breaks out between Zoe and Rocko and his men. Later, Benny takes the girls to Victor’s home. Knowing that his brother is trapped inside, he secretly gets in, but Victor catches him. Throughout the night, Benny goes against humans to protect Blaire and Zoe. This time, Blaire rebels against her species to save Benny. Zoe, who seems to harbor romantic feelings for Blaire, is dismayed by her actions. Ultimately, both Victor and Zoe are killed after being exposed to sunlight, but not before the former has managed to leave a fatal wound on Benny.

Realizing that Benny will die otherwise, Blaire feeds him her blood, which subsequently transforms him into a vampire. It creates a bond between them that transcends ordinary romance and becomes supernatural. As Benny gradually becomes a full vampire, he starts experiencing the world in the way that Blaire has for the past few decades. Like her, he will have to fight his rabid urges for blood now if he wants to maintain his humanity. The film ends as Benny gets into a car with Blaire and heads off to a night filled with fun and intrigue.

Read More: Is Benny Dead or Alive in Night Teeth?