Do Bobbi and Melissa End Up Together in Conversations with Friends? 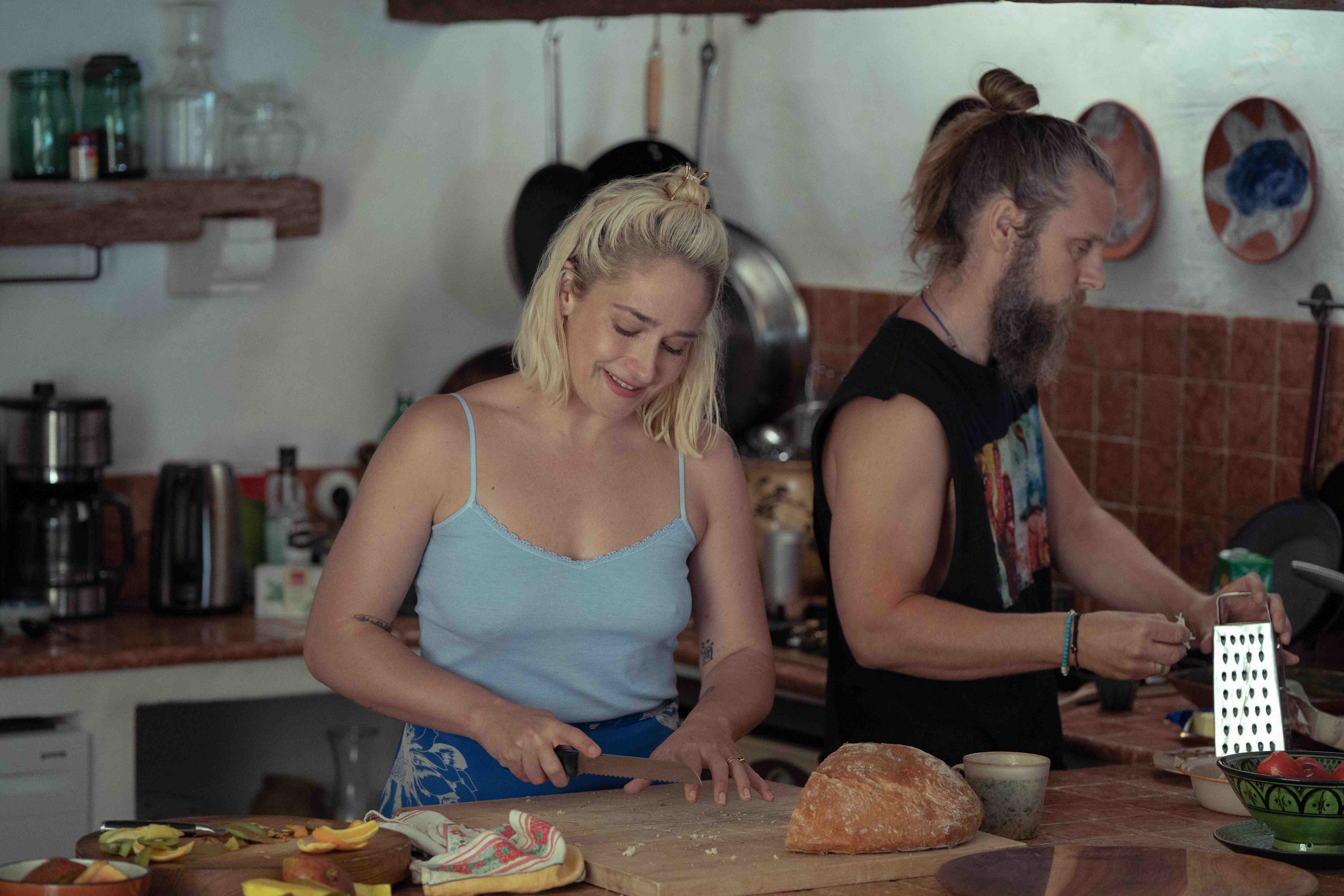 Set in Dublin, ‘Conversations with Friends’ is a story of love, alienation, and maturity. It predominantly follows four characters — Frances (Alison Oliver), Bobbi (Sasha Lane), Nick (Joe Alwyn), and Melissa (Jemima Kirke) — and the complex and ever-changing dynamic between them. We are first introduced to college students Frances and Bobbi. Frances writes poetry, of which Bobbi claims that she is the muse. They perform together at various venues across Dublin. After one such performance, they meet Melissa, who is an accomplished author. Bobbi is almost instantly attracted to Melissa and has no qualms about expressing her interest, even in front of Melissa’s husband, Nick. If you are wondering whether Bobbi and Melissa end up together, we got you covered. SPOILERS AHEAD.

Do Bobbi and Melissa End Up Together?

No, Bobbi and Melissa don’t end up together in ‘Conversations with Friends.’ Since their first meeting, Bobbi actively pursues Melissa. She later meets Nick, whom she initially dismisses as boring. Bobbi views marriage as an outdated, misogynistic institution and believes that monogamy is enforced and not practiced by volition. It is later implied that at least part of her disillusion stems from watching the slow disintegration of the marriage between her parents. Either way, Bobbi is fiercely critical of the social institutions she believes seek to codify love.

Before the beginning of the show’s timeline, Bobbi and Frances were in a relationship. Bobbi eventually ended things between them, but they remained friends. With Melissa, Bobbi approaches romance like everything else she does in her life — with complete earnestness. But the thing is that she initially doesn’t realize that Melissa isn’t emotionally available at that stage to have a relationship outside her marriage.

On Melissa’s birthday, Bobbi kisses her, but the other woman’s response to it is amusement and seems to give Bobbi a pause. She convinces Frances that they should accept Melissa’s offer of joining her, Nick, and their friends for a holiday in Croatia. But once she is there, Bobbi increasingly starts feeling alienated. Melissa doesn’t seem to reciprocate her attraction, or rather, she doesn’t choose to act upon them. This frustrates Bobbi, who doesn’t know that Melissa was forced to deal with a difficult situation about a year earlier.

Nick had a nervous breakdown and stopped functioning completely. Melissa tried to help him, but it ultimately became too much. She eventually asked Nick for a divorce. In response, he simply thanked her for everything she did for him. She probably would have been fine if Nick had lashed out at her. But being inherently passive, Nick actively tries to avoid conflicts and confrontations.

Melissa and Nick ultimately didn’t divorce but now have separate bedrooms. This is how they are when Bobbi and Frances meet them. During her stay in Croatia, Bobbi gradually realizes that Melissa has no interest in her. She grows disenchanted with the holiday and eventually goes back to Dublin. She and Melissa don’t remain in touch after this. The first time they see each other in a while is at a bookshop. Bobbi appears to have moved on and interacts naturally with Melissa.

Read More: Do Frances and Nick End Up Together in Conversations with Friends?