Do Broome and Lorraine End Up Together in Stay Close? 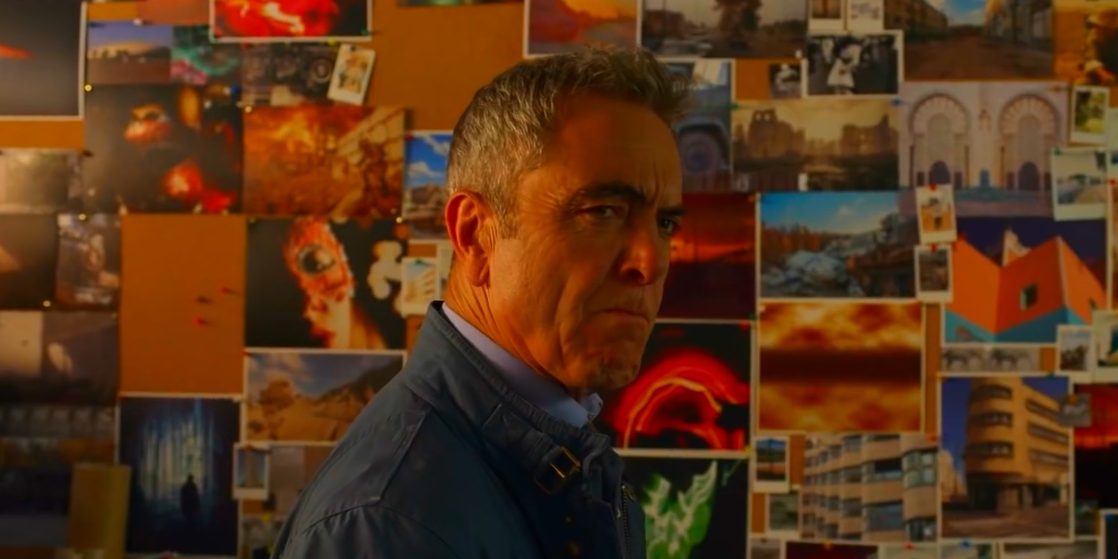 Directed by Daniel O’Hara and Lindy Heymann and developed by Harlan Coben from his eponymous bestselling thriller, murder mystery miniseries ‘Stay Close’ weaves an intricate story juggling between past and present. Soccer mom Megan lives a life of fulfillment with her husband Dave and three kids. However, following the death of one Carlton Flynn on the night of Carnival, she revisits her own fateful Carnival night 17 years ago.

Family man Stewart Green disappeared on the same night, and upon probing into the case, burned-out cop Broome figures that these two disappearances may be connected. Scouring dusty files, Broome finds out that more people disappeared on the night of the Carnival over the years, and he suspects a possible serial killer scenario. He finds love in Lorraine, but does the romance materialize in the end? Let us reflect on their relationship, but be advised; there will be spoilers.

Do Broome and Lorraine End Up Together?

Broome is a crucial character in the spine-chilling mystery. He is an old-school cop who likes to do things his way. He also opposes the structural changes to the squad brought forth by Brian Goldberg, the new kid in the block. Broome shares a quirky relationship with his sidekick Erin, also his ex-wife. Broome comes off as a person who does not abandon people. While he detests change (you must remember him writing “this is my desk” with indelible ink when Goldberg changes the sitting arrangement of the office), he is also a sensitive person. While the first look at Broome’s face attests to his stoicism, subsequent inspections reveal a passionate and fiery persona behind the stoic facade.

After a few rounds to the strip club, the Vipers, sparks flow between Lorraine and Broome. Broome asks for Lorraine’s number. While Lorraine seems to be a hard catch at first, she does not stop flirting with Broome. Lorraine and Broome stay close despite their respective work routines and do not forget to communicate. Lorraine sends Broome a photo of her new outfit. Broome has to call her up in that instant to express how terrible she looks. Erin notes that Broome and Lorraine act as love bunnies as the romance escalates. However, a final reveal causes the romance to veer off the course.

In the end, following Ray’s release, Broome figures that Lorraine’s life may be under threat. While Barbie is dead, Ken hides outside Lorraine’s house, waiting for a perfect opportunity to strike. While Broome’s deduction is correct, Lorraine seemingly does not need protection from the killer. When Broome reaches the scene, he sees Lorraine standing with a knife drenched in blood. She has assailed Ken, and in a moment of vulnerability, she admits killing those 15 men on the eves of subsequent carnivals. With the revelation, a dazed Broome hands her to the police. The finale sees Lorraine walking handcuffed while Broome follows her.

Broome also assures Lorraine that he will “stay close” to her, no matter what. With the insert, the meaning of the title becomes more apparent. Behind its whodunit mystery veil, the story remains about desperate people looking for family and home. Megan (or Cassie) revisits her past, desperate to conceal her identity. To save his daughter from trouble, Dave drowns the car of Carlton Flynn. And although Lorraine seemingly embarks on a relationship with Broome to meddle in the investigation, the love she develops for Broome remains genuine. As Broome is a person who does not like change, we deduce that the relationship has a future, despite its overtone of gloom and doom. Therefore, although Lorraine’s arrest separates the couple, we conclude that they may end up together.