Do Bumper and Heidi End Up Together in Pitch Perfect Bumper in Berlin? 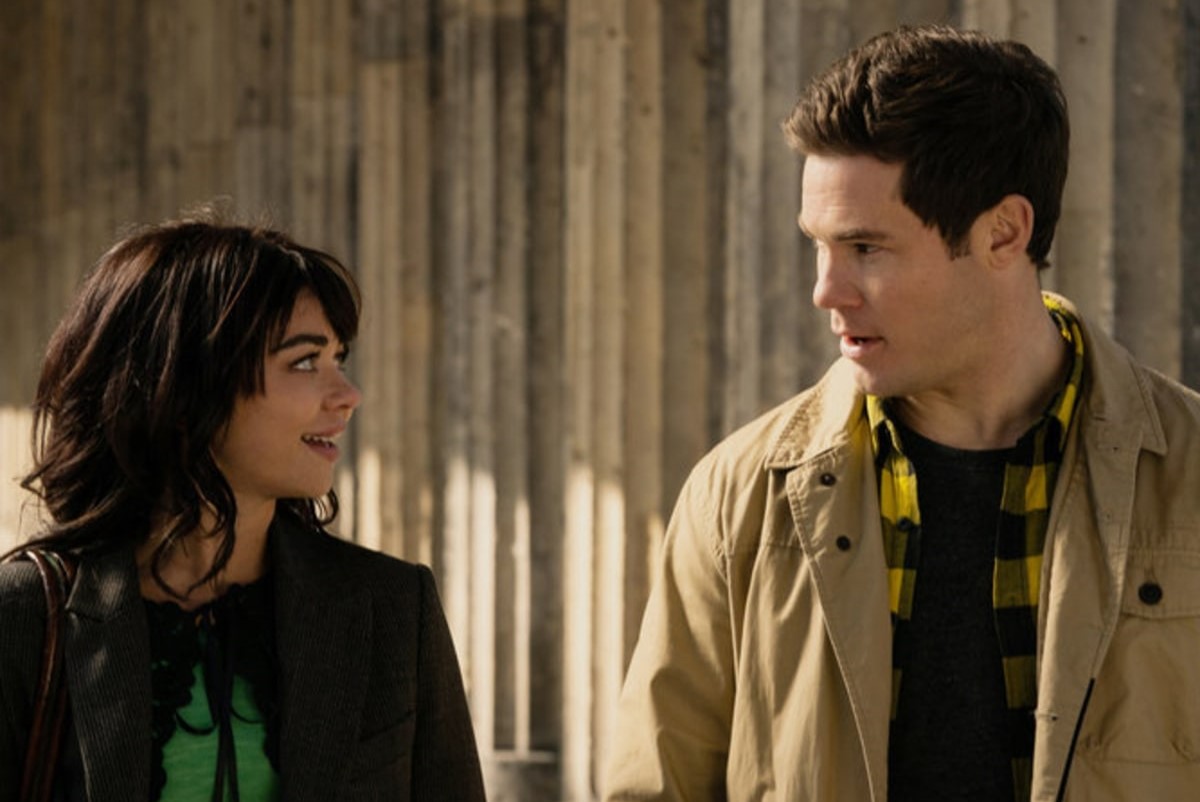 Peacock’s ‘Pitch Perfect: Bumper in Berlin’ is a musical comedy TV series and a spin-off of the original movie trilogy. The show chronicles the journey of Bumper Allen, who moves to Berlin to realize his dream of becoming a singer. When Bumper reaches Germany, Pieter Krämer and his assistant Heidi tell him how a performance on German Unity Day could be the breakthrough he’s looking for. But to get a slot on the day, Bumper needs to have an original song.

While Pieter’s sister, Thea, helps Bumper with the music production, Heidi teaches him to write a song. The latter is secretly a singer-songwriter who hopes to make it big one day. From the first scene, we see chemistry between Bumper and Heidi. She empathizes with Bumper’s failures and understands his insecurities. We often get an inkling that the two are into each other. So, do Bumper and Heidi end up together in ‘Pitch Perfect: Bumper in Berlin?’ Well, let us find out.

Do Bumper and Heidi End Up Together?

Bumper and Heidi implicitly confess their feelings for each other, but we don’t know if they end up together. Two significant reasons behind this are Bumper and Thea’s marriage of convenience and Heidi’s potential deal with an LA-based record label. During his initial phase in Germany, Bumper feels like an alien in a distant land. Since Heidi is an American, the two instantly connect, and Bumper doesn’t feel out of place anymore. Besides this, Bumper is the only person who knows that Heidi is a music student who aims to be a celebrated artist. Heidi keeps this a secret because she doesn’t want anybody to dislike or hate her songs. Thus, both the characters’ vulnerabilities bring them closer.

Although Bumper and Heidi’s friendship goes through several ups and downs, in the end, they stick together and have each other’s backs. After one of their fights, Bumper realizes he is in love with Heidi. Bumper tries to hide it because he doesn’t know if Heidi feels the same way about him. In fact, until the last few scenes, even we wonder if Heidi sees Bumper as a friend or something more. All our doubts and questions are put to rest due to a series of events.

Before Bumper’s performance at the German Unity Day, he gets a deportation letter from the embassy. The letter says that the singer has to go back to America because he doesn’t have a valid work visa. Knowing that if Bumper goes back, he’ll miss his one shot at glory, everyone tries to figure something out. When nothing seems to work, Heidi suggests that Bumper should marry Thea. Since Thea is a German citizen, Bumper can legally stay in the country after marrying her. Initially, Bumper resists because he doesn’t want to marry someone else when he’s clearly in love with Heidi. Moreover, the singer knows he has messed up relationships and doesn’t want to make the same mistake again.

However, Heidi insists because all their efforts have led to this point, and now Bumper must not back down. So, Bumper finally agrees, and Thea does too. As Thea is getting ready for the marriage, Heidi starts to have doubts. She tells Thea how Bumper will be a good husband and mentions that all of this feels too real. In those moments, it becomes crystal clear that even Heidi has feelings for Bumper. The marriage happens on the stage where Bumper will perform in the next few seconds.

Instead of breaking into his song, Bumper invites Heidi on stage. He professes his love for her but also emphasizes how talented she is and that the world needs to hear her sing. The characters perform a medley of their original songs, and the act becomes an instant hit. After it ends, Heidi tells Bumper how an LA-based record label loved her song and scouted for her. Bumper asks her if she will be moving to LA, and Heidi says she doesn’t know how it all works. It is evident that the two have feelings for each other and don’t want to be separated. At that moment, Thea comes and tells Bumper how he has to move in with her to make their marriage of convenience believable.

Looking at the ending, we see that Bumper has a second chance, whereas Heidi still needs to get her first. While Heidi knows that she will pursue her dreams, she doesn’t want things to end with Bumper. To her, he’s the sweetest guy she’s ever met, who’s evolved in front of her. It is one of the traits that Heidi loves about the singer. The story ends on this ambiguous note. Although we don’t understand how things will pan out, the series’ final moments are hopeful, which might mean that Bumper and Heidi will figure things out.

Read More: Are Anna Kendrick and Rebel Wilson in Bumper in Berlin?