Where is Pitch Perfect Bumper in Berlin Filmed? 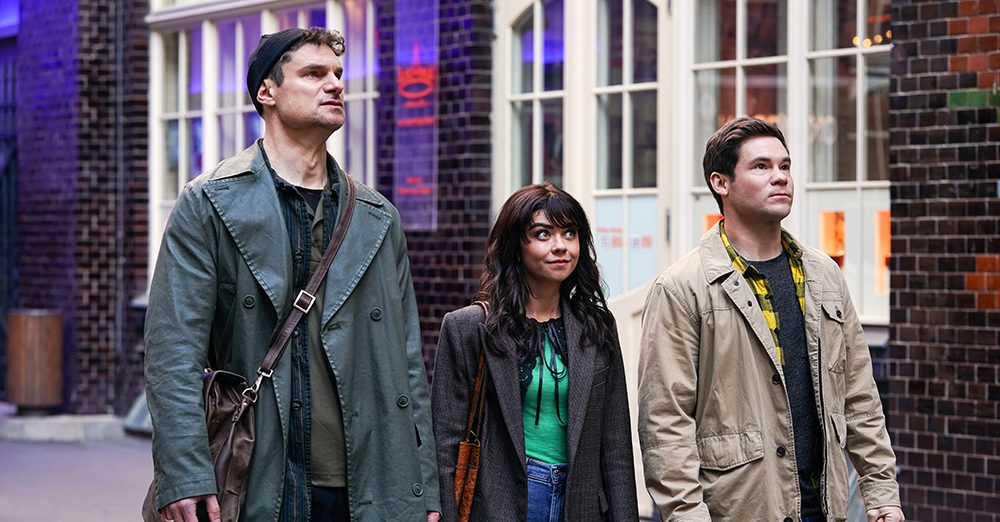 Based on the characters created by Kay Cannon, Peacock’s ‘Pitch Perfect: Bumper in Berlin’ is a musical comedy show that serves as a spinoff to the ‘Pitch Perfect‘ movie series. Developed for television by Megan Amram and Elizabeth Banks, it follows the beloved Bumper Allen, who has left behind his illustrious college years as a Treblemaker and now lives a mundane life working as a security guard. However, when suddenly a song of his becomes a sleeper hit in Germany, he packs his bags and travels there to revive his musical career.

When Bumper lands in Berlin, he faces a rude shock in the form of Gisela, an aspiring pop star who is hell-bent on bringing him down. Determined to prove himself, the former acapella star decides to battle it with her with help from his former rival Pieter and his sweet sister, Heidi. Featuring some fan-favorite actors like Adam DeVine, Sarah Hyland, Jameela Jamil, and Flula Borg, the show’s hilarious narrative keeps the viewers thoroughly entertained. On top of that, the breathtaking backdrop of the German capital makes one wonder if the show is indeed shot there. If you wish to know the same, we have your back!

‘Pitch Perfect: Bumper in Berlin’ is entirely filmed in Germany, specifically in Berlin. The principal photography for the debut season commenced in early March 2022 and was seemingly wrapped up in May of the same year. The makers’ decision to shoot the series on location adds an authentic touch to the narrative and helps reduce expenditure, as Germany offers a considerate tax rebate on film and TV production. Now, let’s follow Bumper on his adventures and explore all the sites that appear in the Peacock show!

‘Pitch Perfect: Bumper in Berlin’ is lensed in and around Berlin, Germany’s capital and largest city, both in area and population. As per reports, the cast and crew travel across the city to record scenes against various backdrops. Interestingly, you will spot many of Berlin’s renowned landmarks in the inaugural iteration, such as the Brandenburg Gate, an 18th-century neoclassical monument at Pariser Platz, 10117.

L👀k! Over there! It is #BumperInBerlin streaming Nov 23 only on @Peacock. Tunes in and see you there pitches hallo! pic.twitter.com/I2jqPgKdwV

Besides, the team tapes several scenes at outdoor locations all over Berlin, including an amusement park, a live music arena, as well as local streets and marketplaces. Situated on the banks of the Spree, the German capital is dotted with breathtaking canals, forests, lakes, parks, and gardens. All these create the perfect visual setting for the Adam DeVine-starrer. Berlin is an important center for history, media, culture, politics, science, tourism, and education.

The city is home to three World Heritage Sites- the Palaces and Parks of Potsdam and Berlin, Museum Island, and the Modernism Housing Estates. Other popular places of interest are the Reichstag, the Berlin Wall Memorial, Jewish Museum, and the Potsdamer Platz. Apart from the Peacock series, Berlin has hosted the production of many other movies and TV shows, such as ‘Tár,’ ‘Uncharted,’ ‘The Matrix Resurrections,’ and ‘The Queen’s Gambit.’