Do Erick and Astrid Die in Welcome to Eden? 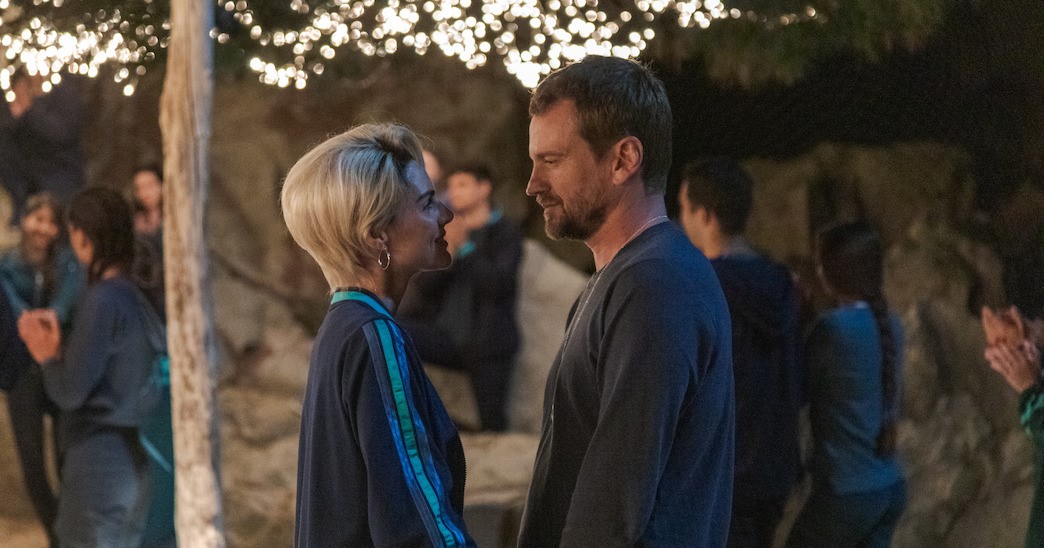 ‘Welcome to Eden’ boasts an ensemble cast of characters. It has directionless and even broken protagonists and complex antagonists. In the first season, the show is frustratingly sparse with the answers to its mysteries. However, one thing is quite clear, Astrid (Amaia Salamanca) and her partner Erick (Guillermo Pfening) are not ordinary antagonists. They have a grand plan that they haven’t revealed even to their most trusted subordinates yet. If you are wondering whether Erick and Astrid survive in the first season of ‘Welcome to Eden,’ we got you covered. SPOILERS AHEAD.

No, Erick doesn’t die in the first season of ‘Welcome to Eden.’ From what he says at the 15th-anniversary celebration, he and Astrid met 15 years earlier. At the time, he apparently had no idea what to do with his life. Meeting Astrid drastically changed him. Through her, he met her father, Dr. Florián Bartos, a scientist who dedicated his life to studying climate change. Erick claims that Bartos’ work was so prophetic that everything he stated would happen has happened. Industrialized countries eventually came after him. Bartos died in an apparent car accident, though Erick evidently believes that foul play was involved.

Since the foundation of Eden, Erick has been much more than a partner to Astrid. He has been her loyal second-in-command. As a result, he is equally responsible for every horrible thing that has happened on the island. While Astrid is the forceful, albeit distant, leader of Eden, Erick poses as the best friend of everyone, including the newcomers. He always has a smile on his face and appears to be kind and considerate. But those things evidently hide the darker aspects of his character. He, Astrid, and their lackeys keep young men and women on their island against their will and even kill them when they are too independent to be controlled.

In episode 7, titled ‘Lilith,’ a masked individual tries to kill Astrid while she is sleeping. Erick intervenes and gets stabbed instead. Astrid then drives Erick to a remote part of the island, where a young boy named Isaac saves his life by healing his wound.

No, Astrid doesn’t die in the first season of ‘Welcome to Eden.’ Astrid is ruthless, manipulative, and most likely insane. If she weren’t, she would not lead a deadly cult. It’s possible that her father’s death had a catastrophic impact on her. But even that doesn’t particularly justify murder. Astrid knows that there is an element in Eden that wants to remove her from her position but hasn’t figured out yet who they are and who leads them.

Moreover, the embarrassment she suffers on the 15th anniversary of Eden and the subsequent attempt on her life are apparently orchestrated by a different group from her usual detractors. They bear what several characters refer to as the mark of Lilith. This is important because according to Mesopotamian and Judaic mythology, Lilith is the first wife of Adam (alternatively, the primordial demoness). For refusing to obey her husband, she was removed from the Garden of Eden.

In the season 1 finale, as Erick recovers from his injuries, Astrid continues to run the community. As a new batch of prospective recruits arrives at their shore, Astrid watches them from a hill. Unlike the last time, when Erick was with her, she is all alone.