Do Grace and Ed End Up Together in Brazen? 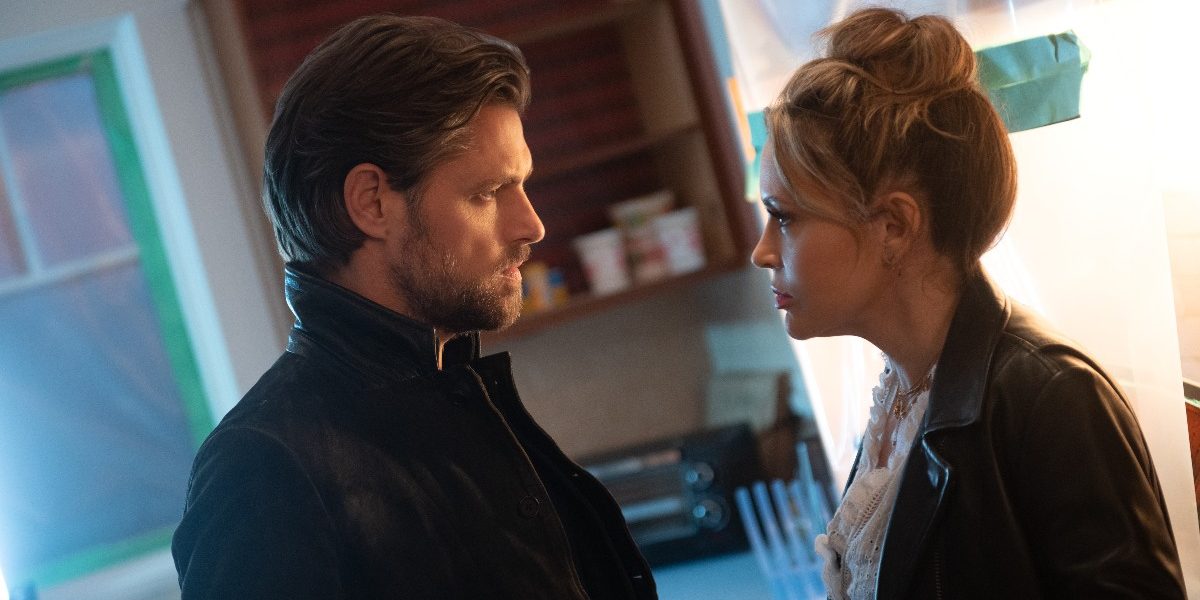 ‘Brazen’ tells the story of famous writer Grace Miller who uses her knowledge of crime to solve her sister’s murder. In investigating the case, Grace teams up with local detective Ed Jennings. While the duo’s first meeting results in an instant connection, the murder case begins to put some strain on their newfound bond. Naturally, viewers must be curious about how the duo’s relationship progresses and whether Grace and Ed end up together. In that case, here’s everything you need to know about Grace and Ed’s potential romantic future with each other! SPOILERS AHEAD!

What Happens Between Grace and Ed?

Grace and Ed first meet while Ed is working on renovating his kitchen. Ed is a detective in the Homicide department of the Metropolitan Police. He is on a week-long leave after solving a high-profile murder case. Grace and Ed have a conversation, and Ed recognizes Grace as the famous author of books such as ‘Brazen Virtue.’ The two hit it off, and Grace asks Ed’s help in finalizing the plot of her next novel. They go out for dinner and have a great time. After returning home, Grace and Ed share a kiss, thereby setting up the possibility of a romantic future between them.

When Grace’s sister, Kathleen, is murdered, Ed comforts Grace and offers her his place to stay. Ed also takes up the case of Kathleen’s death with his partner, Ben. However, when Grace tries to interfere with the investigation and insists that Kathleen’s ex-husband, Jonathan, has a hand in her murder, Ed begins to lose his cool. Soon, Ed and Grace bicker over the leads they wish to follow, and questions are raised over their romantic future.

Do Grace and Ed End Up Together?

Grace and Ed go out for dinner during their first meeting, but both address it as a professional interaction. However, by the end of the night, they share a kiss. Therefore, their dinner can be considered Grace and Ed’s first date. With Kathleen’s murder, Grace is emotionally volatile and in no position to address her feelings for Ed. When Grace ends up upsetting Ed, she apologizes to him and also gets him a present. On the other hand, Ed helps Grace with everything she needs during a difficult period in her life. The duo’s kind gestures towards each other strongly suggest that they are an ideal match for each other.

By the end of the film, Grace and Ed sleep with each other but are still unsure whether it is just a casual fling or if they wish to pursue a romantic relationship. After catching the killer, we see Grace and Ed having a conversation with one another. Grace exclaims that she is unsure where things between them are headed. Nonetheless, both she and Ed are adamant about finding out. The movie ends with them passionately kissing. The final scene confirms that Grace and Ed will be exploring a romantic relationship. Given the hints about their compatibility, we are sure things between them will work out. Ultimately, the movie ends with the start of a new chapter in Grace’s life, one which is different from the bloody and violent chapters from her books.