Do Jeff and Lizzy End Up Together in Spiderhead? Why Were They at Spiderhead?

In fiction, romance is the second most important plot device after conflict. Although ‘Spiderhead’ is predominantly a sci-fi thriller, the romantic relationship between Jeff (Miles Teller) and Lizzy (Jurnee Smollett) is still an essential part of the narrative. From their conversation, we learn that while Jeff has been at Spiderhead Penitentiary and Research Center for a while, Lizzy is relatively new. They are both placed on the snack duty, giving them the chance to grow close. Their relationship is what motivates them later in the film. If you are wondering whether Jeff and Lizzy end up together in ‘Spiderhead,’ we got you covered. SPOILERS AHEAD.

Do Jeff and Lizzy End Up Together?

Like the other inmates, Jeff and Lizzy agreed to come to Spiderhead because of the promises of commuted sentence and certain privileges. Spiderhead is an unconventional prison. Unlike traditional facilities, it doesn’t have locked doors or orange jumpsuits. Although many of the inmates are convicted killers, they are allowed to socialize and virtually can go anywhere in the facility. It is later revealed that all this is an illusion. When the prisoners arrive at Spiderhead, they are administered the primary drug the head of the facility, Steve Abnesti (Chris Hemsworth), has created — B-6 or OBDX or Obediex — which lets the administrator have a significant amount of control over the subject.

From the beginning, it is established that Jeff and Lizzy are interested in each other. Steve initially doesn’t seem to know this, and it probably wouldn’t have mattered to him if he did. He still would have conducted the tests the way he did. He puts Jeff with two other women, and by administering N-40 on them, he makes them have sex and believe they are in love. Even though the effects of the drug are temporary, and the subjects eventually remember their original feelings for each other, a sense of deep familiarity remains between them. 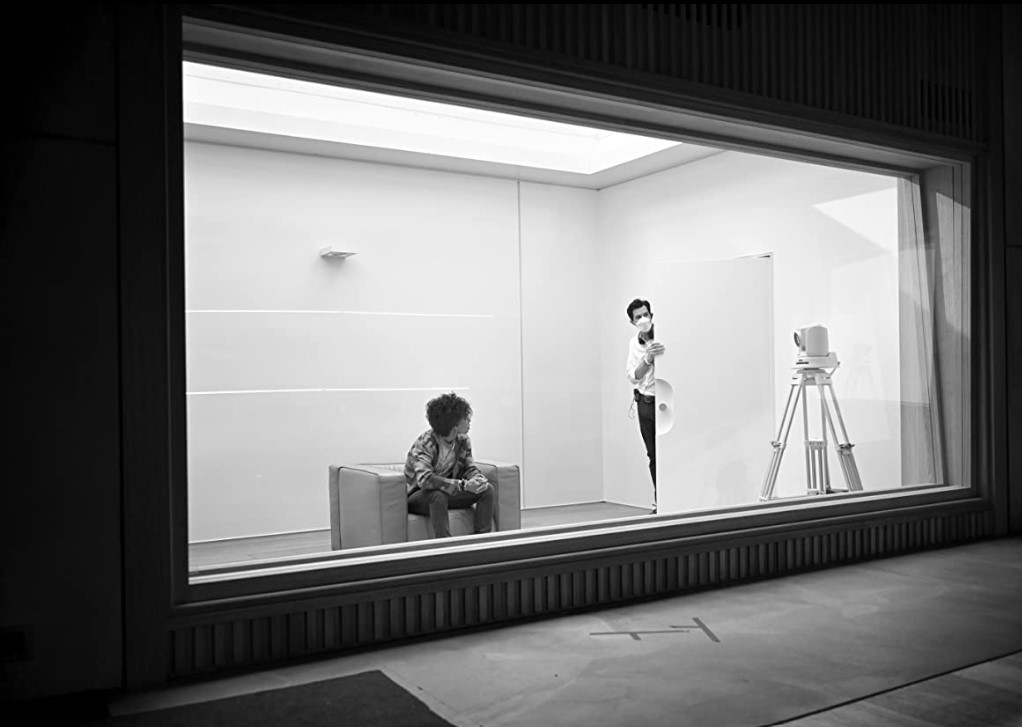 Steve eventually figures out the connection between Jeff and Lizzy and decides to use Darkenfloxx, a drug that results in great physical and mental stress, on the latter. The last time Darkenfloxx was used, an inmate killed herself. Steve correctly deduces that using Lizzy’s involvement will trigger certain desperate responses from Jeff. But what the other man doesn’t realize is that Jeff has teamed up with his technical associate Mark to bring him down.

Yes, Jeff and Lizzy end up together in ‘Spiderhead.’ They profess their love and successfully escape from the facility, despite Steve sending other inmates after them. In one of the final scenes of the movie, Jeff and Lizzy are seen driving away on a boat. When they see the explosion after Steve’s plane crashes against a rock face, they realize that the mastermind behind all the torment they endured is now dead. A sense of relief becomes palpable on both their faces. They know that they can now be together.

Why Were Jeff and Lizzy at Spiderhead?

Both Jeff and Lizzy are haunted by past tragedies. Jeff’s past is revealed in stages. We are initially led to believe that an intoxicated Jeff slammed his car against a tree, and his friend, who was with him, was killed. Jeff later tells Lizzy that his wife, Emma, was also in the car and died along with his friend. He was sentenced for two counts of voluntary manslaughter afterward. 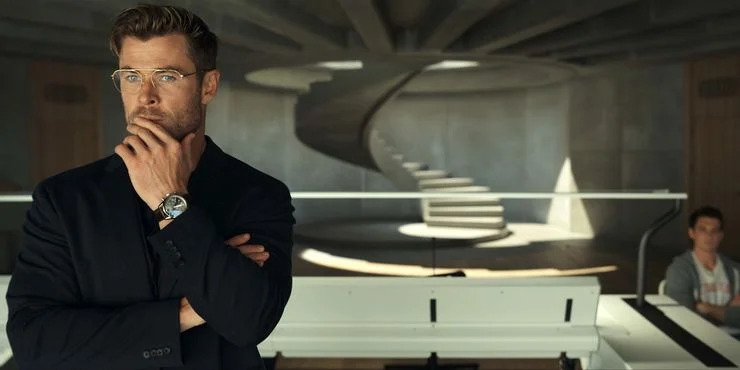 Lizzy inadvertently caused the death of her 11-month-old daughter after leaving her in a locked car for three hours at a Walmart parking lot in July. She was sentenced for one count of reckless endangerment and one count of manslaughter. As mentioned above, Jeff and Lizzy are at Spiderhead to commute sentences. As Steve reveals in the climactic scene, Jeff was freed seven months earlier and Lizzy three months earlier, but he told neither of them. Now that they are free, they can leave their nightmares and pain behind and start their lives anew.

Read More: What Drug Is Steve Abnesti Testing in Spiderhead? Why?