Do Nathan and Mei Sou End Up Together in When Calls the Heart?

Developed by Michael Landon Jr., ‘When Calls the Heart’ is a drama TV series. Based on Janette Oke’s eponymous book, the Western drama show follows the residents of Hope Valley, a former coal-mining town. When a young teacher named Elizabeth Thatcher arrives there, little does she know that soon hers and the townsfolk’s lives will change forever. After the death of her husband Jack, she finds herself romantically caught between saloon owner Lucas Bouchard and Mountie Nathan Grant.

As Elizabeth chooses the former, a dejected Nathan has a hard time dealing with his heartbreak. However, things spice up with the arrival of Mei Sou, a gifted pharmacist with a deep secret. Sparks fly between her and the dashing Mountie from the first meeting itself, but do they end up together in season 9? Let’s dig in and see! SPOILERS AHEAD.

Do Nathan and Mei Sou End Up Together?

During season 8, Nathan competes hard against Lucas for Elizabeth’s heart. But he gets dejected when she gently puts him down in the season finale by saying that she sees Jack in him due to their similarities and that though she loves him, she is not in love with him. Nathan acknowledges her strong feelings for Lucas and decides to step aside gracefully. He further convinces the latter not to leave town and pushes him towards Elizabeth. As season 8 ends, she and Lucas share a sweet kiss and begin a relationship. 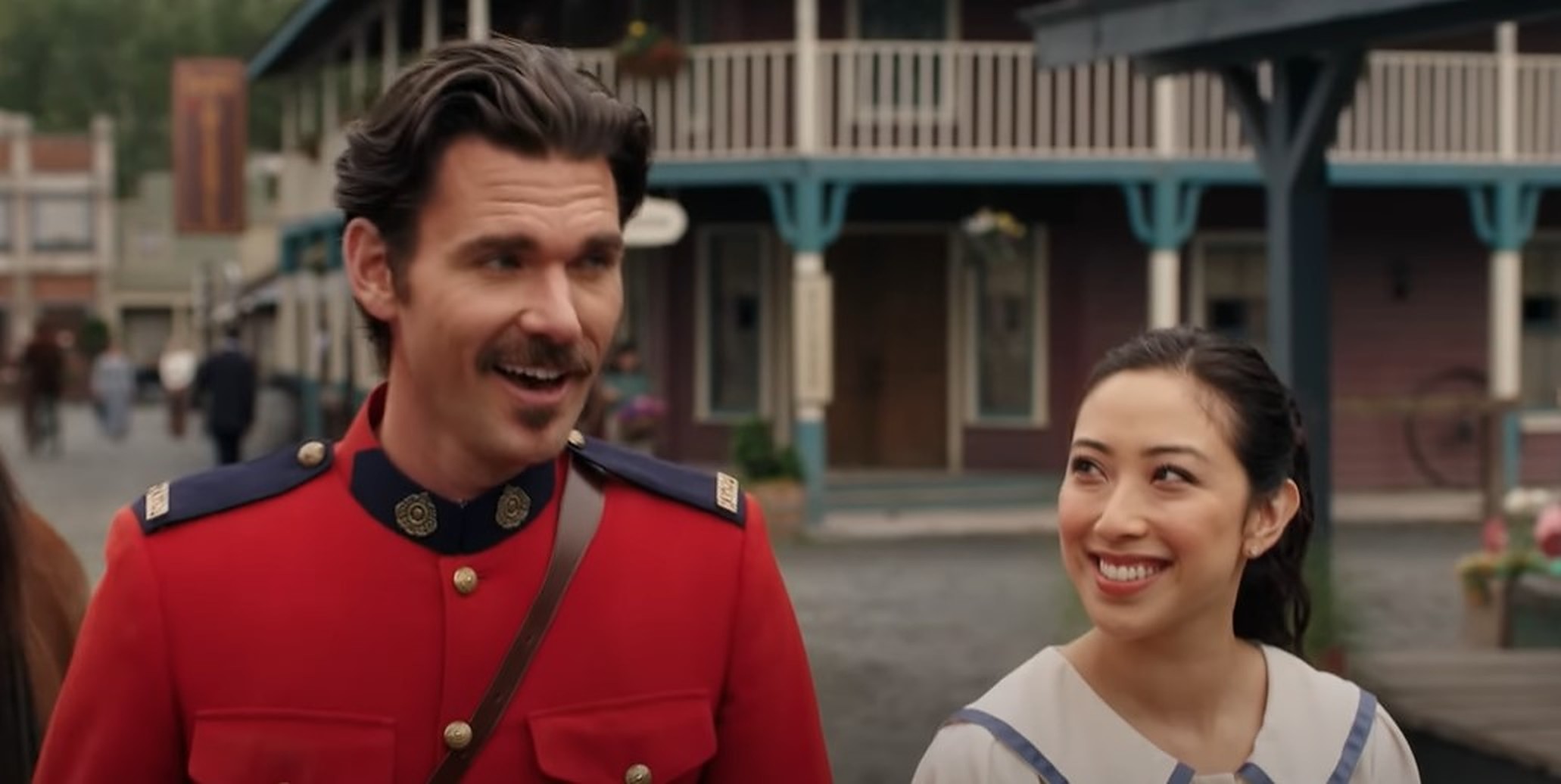 When Elizabeth and her son return from Hamilton as season 9 commences, she and Nathan have a heart-to-heart interaction and decide to remain friends despite everything. Though he is still trying to get over his rejection and get used to seeing her with Lucas, he accepts her help when she offers to teach him driving. Later, he comes across a cloaked person on horseback entering Hope Valley and chases them. She is revealed to be Mei Sou, a promising young pharmacist who begins working at Florence and Ned’s new shop.

Ned hired a person named Geoffrey Lewis via a letter, but Mei Sou discloses that it is her who was corresponding with him. Moreover, she and Faith know each other from their days at medical school. Despite Ned and Faith’s apprehensions to hire her, she convinces them with her qualification and efficiency. However, she seems hesitant to discuss her equation with Geoffrey and eludes all questions about her background.

When Nathan meets Mei Sou for the first time, he is intrigued by her persona and finds her entrance into town captivating. Thus, palpable chemistry can be seen brewing between them that may most likely bloom into a potential romance soon. Later, when Nathan and his horse Newton get badly injured in a hit-and-run, Mei Sou not just helps Faith with the former at the infirmary but exhibits a secret gift. She is the one who heals the injured horse, who doesn’t let anyone touch him except her. 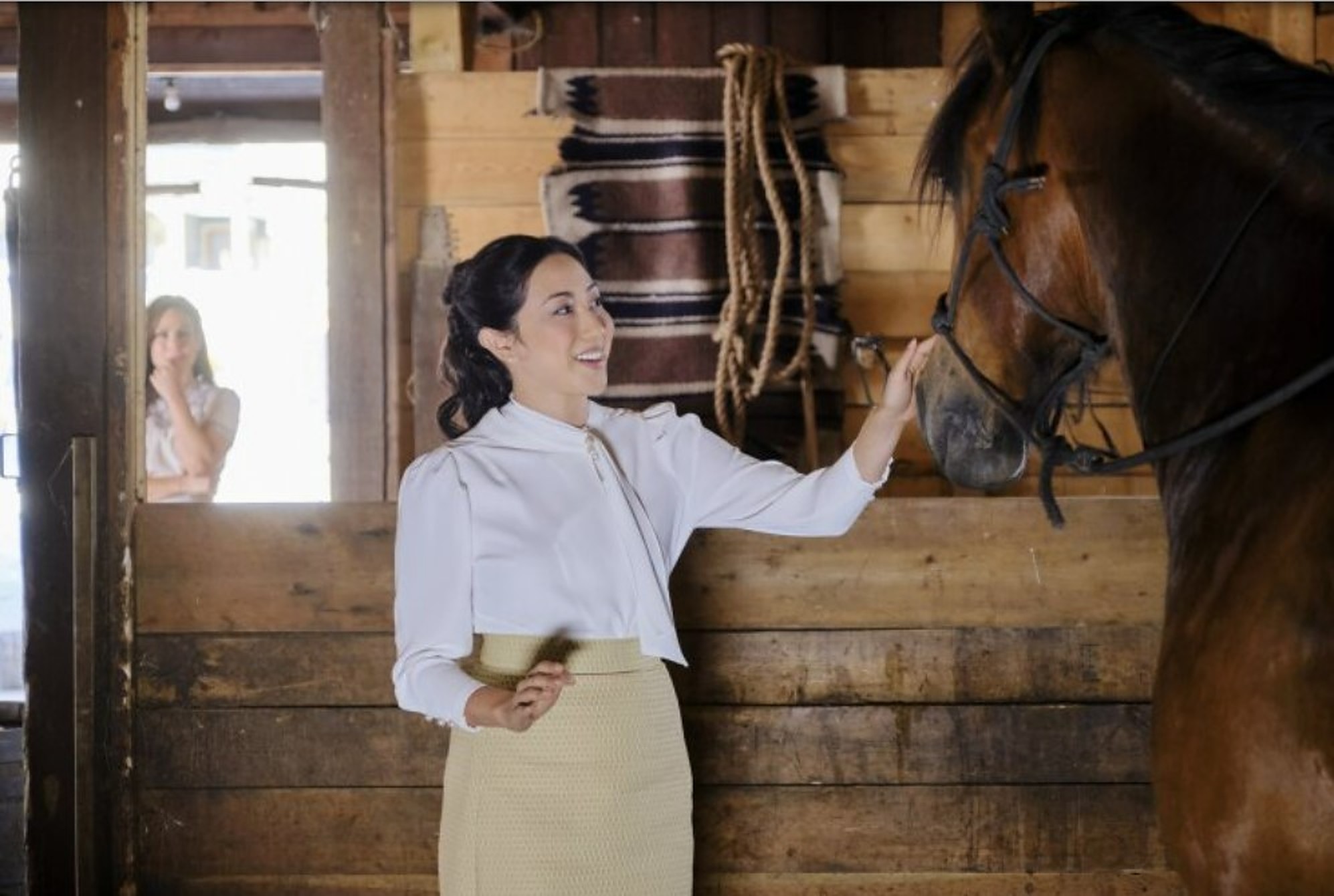 Elizabeth is pleasantly surprised at Mei Sou’s ability to connect with horses and tells Nathan about it when she meets him in the infirmary. This increases his curiosity to find out more about Mei Sou, hinting at the possibility of numerous witty banters between the two as the narrative progresses ahead. Apart from this, actress Amanda Wong who essays Mei Sou has also indicated that things have just started to heat up between her character and Nathan.

In an interview, Amanda shared about the first time Mei Sou and Nathan meet and said, “You know, the sneak peek was filmed only moments after Kevin McGarry and I met for the first time. Kevin is such a talented and charismatic guy, the chemistry translated so easily on screen. Now I don’t want to spoil the fun and give anything away, but it doesn’t end there.” This is a major hint that Mei Sou and Nathan will probably end up together over time, as he gets to know her better and finds solace in her company. But how their feelings develop, the viewers shall have to wait and watch in season 9!