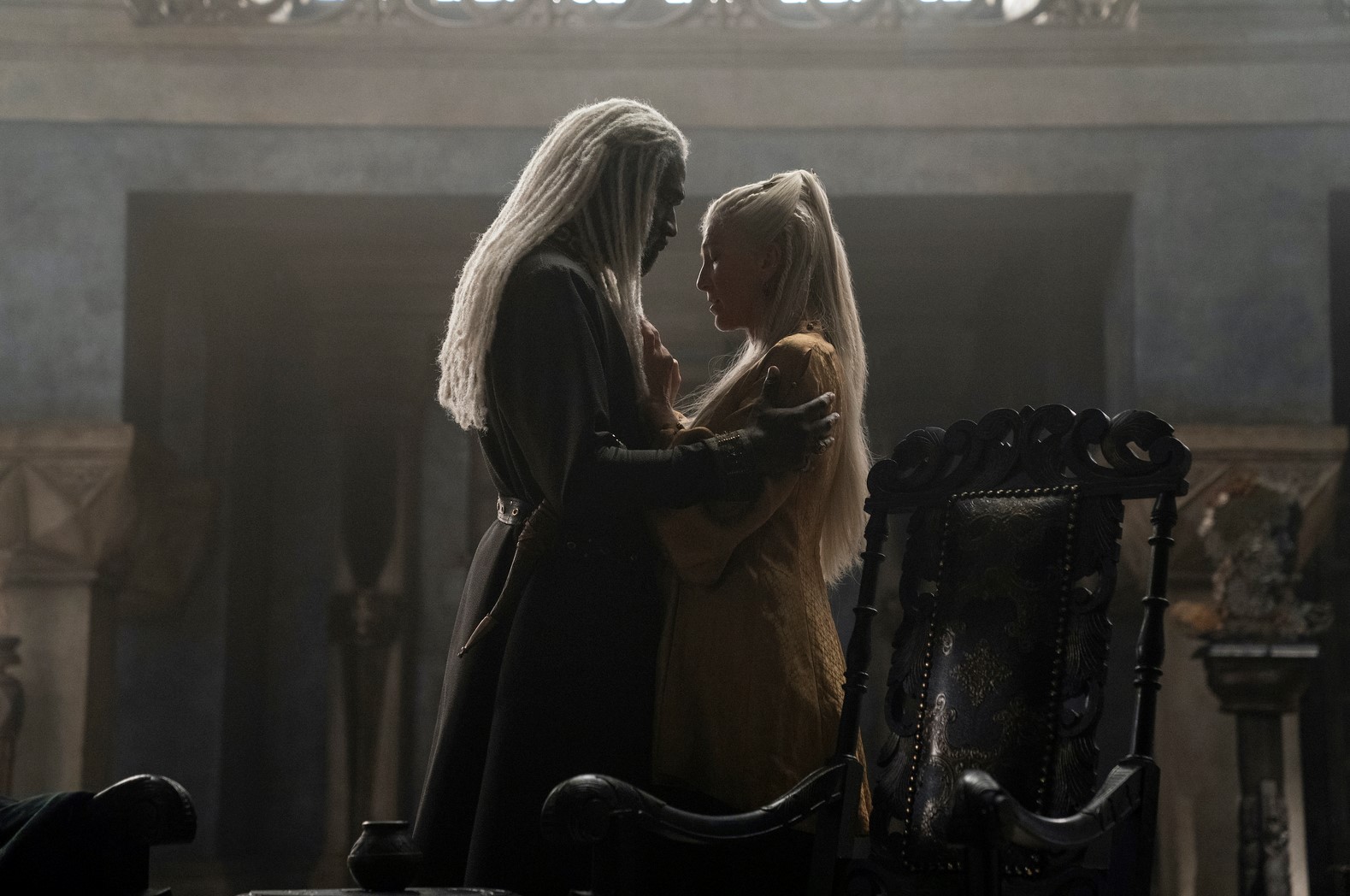 With the release of ‘House of the Dragon,’ HBO has brought us back to the world of ‘Game of Thrones,’ and it is filled with more dragons, backstabbing, and incest than ever before. Set 172 years before Daenerys Targaryen, the show is a prequel to ‘Game of Thrones’ and is based on certain sections of the 2018 book ‘Fire & Blood’ by George R. R. Martin, who is also the co-creator of ‘House of the Dragon.’ The major players in the newer series are different, but the great game remains the same. In the ‘Game of Thrones‘ TV series, House Velaryon doesn’t hold any prominence. In the second season of the original show, the Velaryons support Stannis Baratheon’s claim to the Iron Throne. That isn’t the case in ‘House of the Dragon,’ Like their Targaryen overlords, the Velaryons are at the height of their power during the reign of Viserys I, much of which is due to the accomplishments of Lord Corlys Velaryon (Steve Toussaint), the richest and one of the most powerful men in Westeros.

Incest has been a Targaryen custom long before they conquered Westeros. If you are wondering whether House Velaryons, another house with roots in Valyria, practice incest, we got you covered.

Do the Velaryons Marry Each Other?

To answer this question, we must first understand what incest is in the context of Westeros. In the books, the continent has two major religions — the old gods and the Faith of the Seven. Both of these religious practices consider incestuous unions between parent-child and siblings as sins and children born from such relationships as abominations. However, marriages between first cousins are very much allowed, especially for the nobility, just like in the real world in the medieval period. Viserys I Targaryen and Aemma Arryn are first cousins, as are Tywin and Joanna Lannister.

Throughout history, the Faith of the Seven encounters certain situations where its rules involving incestuous relationships need to be invoked, rewritten, or scrapped altogether. House Targaryen follow the Valyrian tradition of the dragonlords, which allows them to arrange marriages between siblings. The Faith stays silent during the reign of Aegon the Conqueror and his two sister-wives but becomes more vocal during the times of his successors, even causing an open rebellion against the crown (the Faith Militant uprising). Eventually, King Jaehaerys I Targaryen — with the help of Septon Oswyck and Septon Barth — develops the Doctrine of Exceptionalism, which essentially sets the Targaryens apart from the Andal followers of the religion because of their Valyrian origin and identity as dragonriders. It gives the Faith a loophole to tolerate the incestuous unions in the royal family.

However, this doesn’t seem to have been extended to other noble families of Valyrian origin, such as the Velaryons and Celtigars. So, it is unlikely that they practice incest as defined by the Faith of the Seven. The Velaryons are an ancient house. According to their family history, they came to Westeros even before the Targaryens. The family isn’t historically dragonlords. Instead, they are the masters of the sea. This doesn’t mean that dragonriders haven’t been born in the Velaryon family. In fact, it seems that almost all Velaryon dragonriders are born around the Dance of the Dragons, the Targaryen civil war that ‘House of the Dragon’ is set to depict.

However, this happens likely due to the intermarriages between the two families. In an August 2022 interview, Martin stated — with the caveat of reserving the right to change his mind later — that there was no reason for non-dragonriding families of Valyria to practice incest. So, until Martin says otherwise, it’s safe to assume that Velaryons didn’t practice incest when they were in Valyria. From the books, we have a general idea of how House Velaryon fares over the years. Save for those murky years around the Dance, the rulers of Driftmark don’t practice what the Faith of the Seven defines as incest.

Read More: Are Velaryons Black or White in House of the Dragon Book?