Does Carrie Get Plastic Surgery or Facelift in And Just Like That? 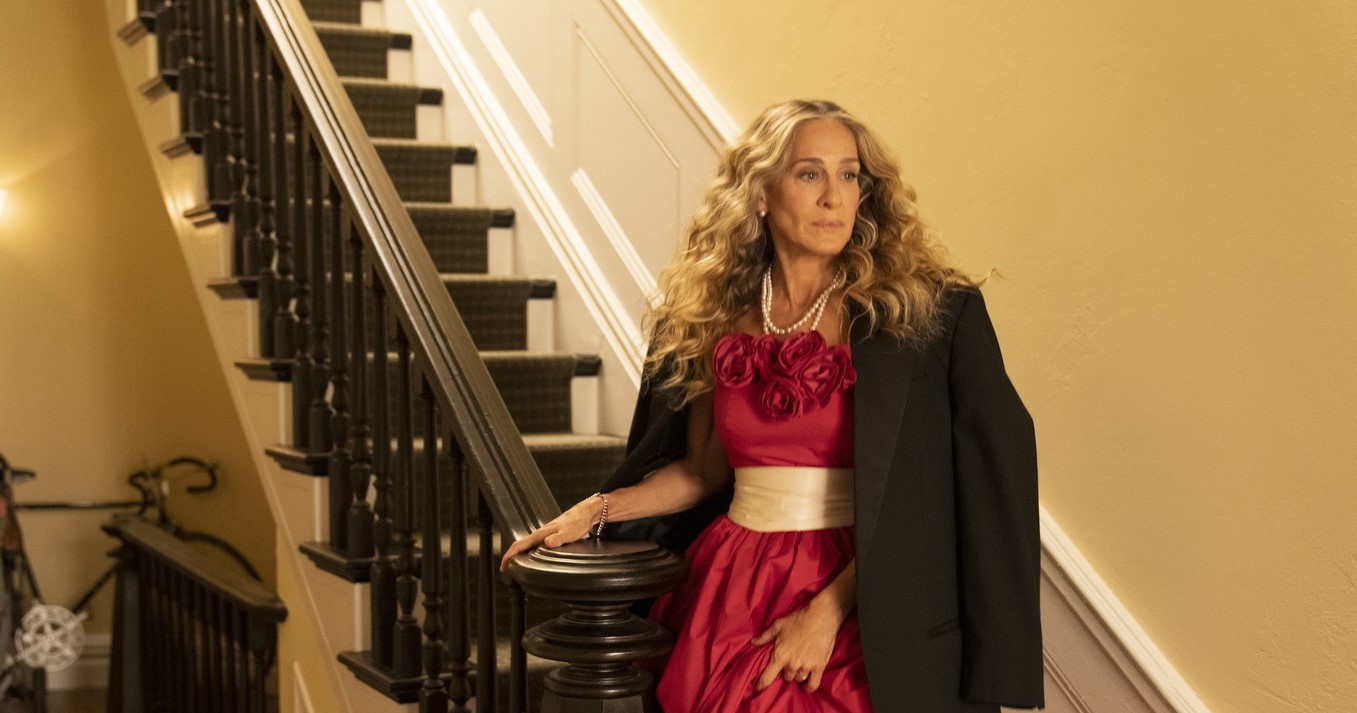 HBO Max’s ‘And Just Like That…’ focuses on the emotionally charged romantic and social experiences of Carrie, Miranda, and Charlotte. Residing in New York City and now in their mid-50s, the three stylish friends begin to question their old ways of thinking and find new ways of experiencing life.

The ‘Sex and the City’ reboot frequently deals with the topic of age, and we regularly get to see the trio’s experiences with and opinions on being middle-aged — from Carrie’s hip surgery to Miranda’s refusal to dye her hair. In episode 6 of the show, we see Carrie becoming curious about the idea of getting a facelift, plastic surgery, and other facial rejuvenation-related procedures. So, does Carrie actually get work done on her face? Let’s find out. SPOILERS AHEAD.

Does Carrie Get Plastic Surgery or a Facelift?

In episode 6, Anthony calls Carrie and asks her to accompany him to his facelift consultation with a plastic surgeon. We are then informed that Stanford had booked an appointment for himself and Anthony three months ago; the latter agreed to go only to stop his partner from doing anything “crazy.” Anthony says that since Charlotte is too busy dealing with her kids, he wants Carrie’s moral support and physical presence to stop him from going overboard at the clinic.

Thus, Carrie goes with Anthony to the plastic surgeon. Anthony holds the doctor in high regard because “his male patients look like men, not mall elves.” Soon, Dr. Paul David walks into the room. He at first assumes that Carrie is his patient; however, the handsome doctor quickly apologizes, blames his new receptionist for the mix-up, and then turns to Anthony.

After a brief inspection of his face, Dr. Paul compliments Anthony’s “nice Italian skin” and states that he doesn’t need a facelift but can get Botox if he wants. Then, Carrie asks the doctor about her “number 11s,” stating that she’s just curious. As Dr. Paul begins to examine her face, Carrie feels a little insecure about her age and quickly states that this isn’t how she usually looks. “I didn’t sleep at all last night. And my husband died recently, so, you know, that’s… a lot of what you’re seeing on my face,” she says hurriedly.

Dr. Paul then agrees that she looks tired but confirms that she doesn’t need a facelift. However, he suggests that, if she wants, she can get “a little refresh” and even a half-lift. “I mean, I think you look beautiful. You’re what…48, 49?” the doctor adds, expertly flattering Carrie and ensuring that he doesn’t seem like he’s simply promoting the facial procedures. “Don’t worry, I won’t let you do anything crazy,” says Anthony to Carrie.

Immediately, she tells him that the correct answer would have been, “You don’t need anything.” At this point, it becomes obvious that Carrie is considering getting some work done on her face. We know that she desperately wants some change in her life to move on from Mr. Big’s death. In fact, that is exactly why she purchased an apartment downtown that she doesn’t even like. She wants a new version of herself — one that she doesn’t associate with her late husband.

Dr. Paul then says that he can take a 3D image of her face for a simulation before and after. Hesitatingly, Carrie agrees, genuinely curious to see how her face can change. The doctor explains the concept of “hollowers” and “saggers” and tells Carrie that she’s the former; she’ll lose facial volume as she ages. Carrie jokes about wanting a Valium and we can see that she’s clearly very stressed.

“Maybe a few, let’s see, injectables to restore and plump. Some laser work. A bit of surgery, upper eye, and a mini facelift,” says Dr. Paul, making changes to Carrie’s 3D image. He also adds a full facelift and neck lift, and Carrie looks at an image uncannily similar to what she used to look like in the 1990s. “Oh… I remember her,” she says, and we know she’s also thinking about how happy her life used to be.

“With the right work and the right touch, the last 15 years…are gone,” remarks Dr. Paul. Carrie thinks for a second, and then says, “How much?” Later, during lunch with Charlotte and Miranda, Carrie talks about her interaction with Dr. Paul. Miranda becomes angry at the doctor for making Carrie question her appearance. “See, this is what they do to women. They make it wrong for us to age,” she opines.

On the other hand, Charlotte says, “But a woman should be able to freshen up without other people making them feel bad about.” So, Carrie decides to shelve the topic for the time being. Later, we see that she realizes she’s simply looking for a drastic change; after Mr. Big’s death, Carrie’s world turned upside down and she just wants to feel like her old self again.

Eventually, after talking to Seema and deciding to sell her downtown apartment, Carrie moves back into her old brownstone apartment. She dons her old Carrie pendant and, for the first time after her husband’s death, starts going through and displaying Mr. Big’s belongings. Thus, it’s clear that Carrie has embraced her present and isn’t hiding from the past anymore.

So, it’s obvious that Carrie won’t be getting a facelift or plastic surgery as those whims have long passed. She realized she was trying too hard to change things by reaching out to the unfamiliar; she knows now that going back to what’s comfortable isn’t “retreating,” it’s normal and healthy. “And just like that… I remembered how much I loved the last 15 years,” declares Carrie towards the end of the episode, and it’s obvious that she’s finally comfortable with her age and the idea of having loved and lost.

Read More: And Just Like That…Episode 6 Recap and Ending, Explained