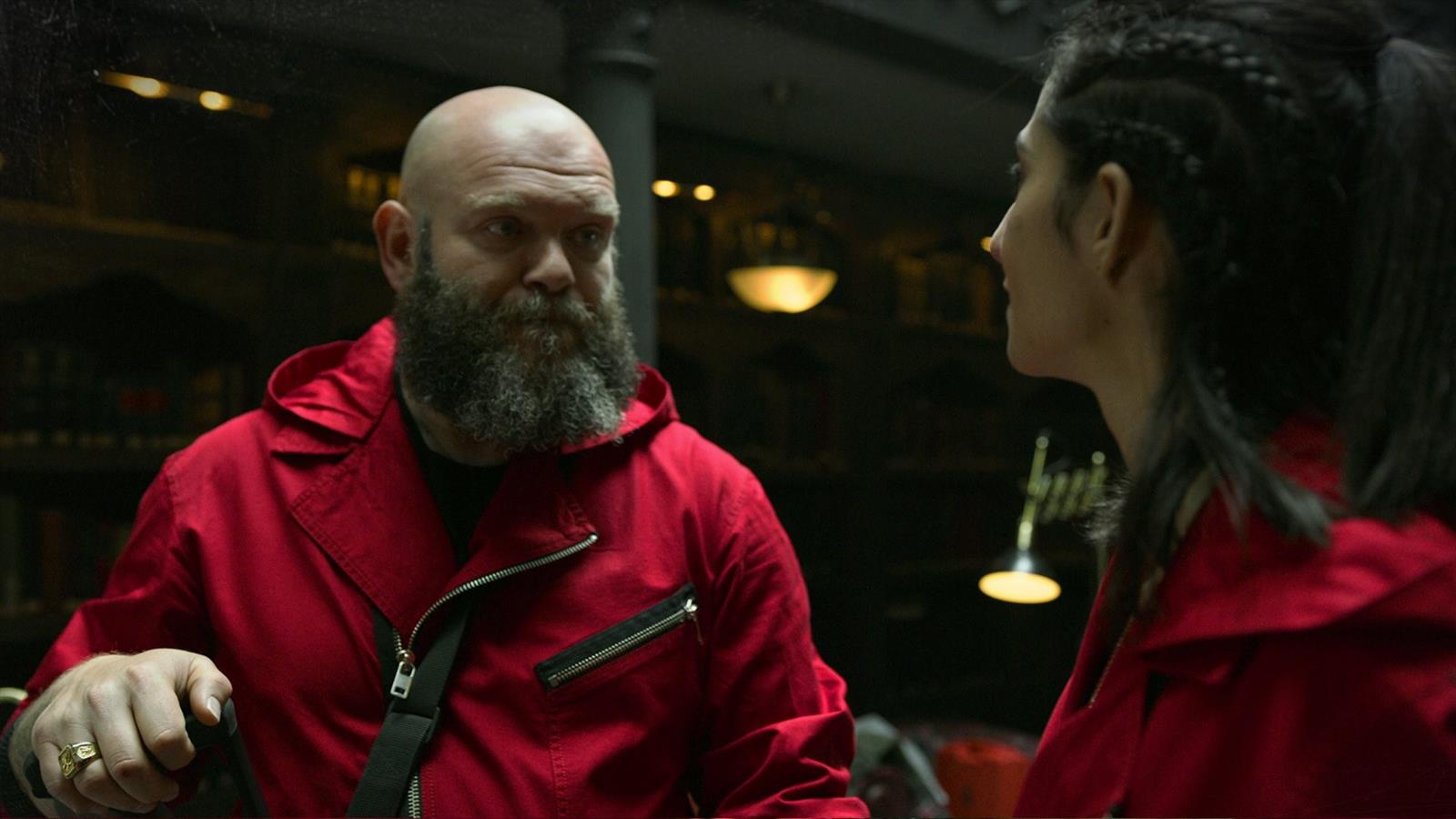 In the months leading to the Royal Mint heist, the Professor recruited several individuals for their specific set of skills. He hired Serbian mercenary cousins Mirko Dragic and Radko Dragić or Dimitri Mostovói (Roberto García Ruiz) because, as Tokyo puts it in her narration, even the most sophisticated plans need soldiers. Miriko began using the alias Helsinki, while Radko became Oslo. During the heist, Helsinki was primarily in charge of monitoring the hostages. In season 2, he is forced to kill his cousin after an attack from one of the hostages puts the latter in a vegetative state.

In season 3, Helsinki and Nairobi are living together when Rio gets taken by authorities. Helsinki subsequently joins the Bank of Spain heist crew. He is there when Gandia executes Nairobi. Later, when Sagasta and his crew enter the bank, Helsinki gets caught in an explosion, and a statue falls on him, shattering his tibia, femur, and knee. For most of season 5 part 2, Helsinki is bedridden. If you are wondering whether he survives in the final outing of ‘Money Heist,’ we got you covered. SPOILERS AHEAD.

Does Helsinki Die in Money Heist?

No, Helsinki doesn’t die in ‘Money Heist’ season 5 part 2. In the closing scene of the series, he boards a helicopter with his friends and leaves Spain. Like before, he is in charge of watching over the hostages in part 2. His romantic relationship with Palermo seems to have evolved significantly as well. After Rafael and Tatiana steal the gold from the Professor and the rest of the Stormwater tank crew, Palermo comes to tell Helsinki that they might not get out of the bank alive. In response, Helsinki reminds him of his promise of getting him (Helsinki) out before adding that even if the other man doubts this, he doesn’t. 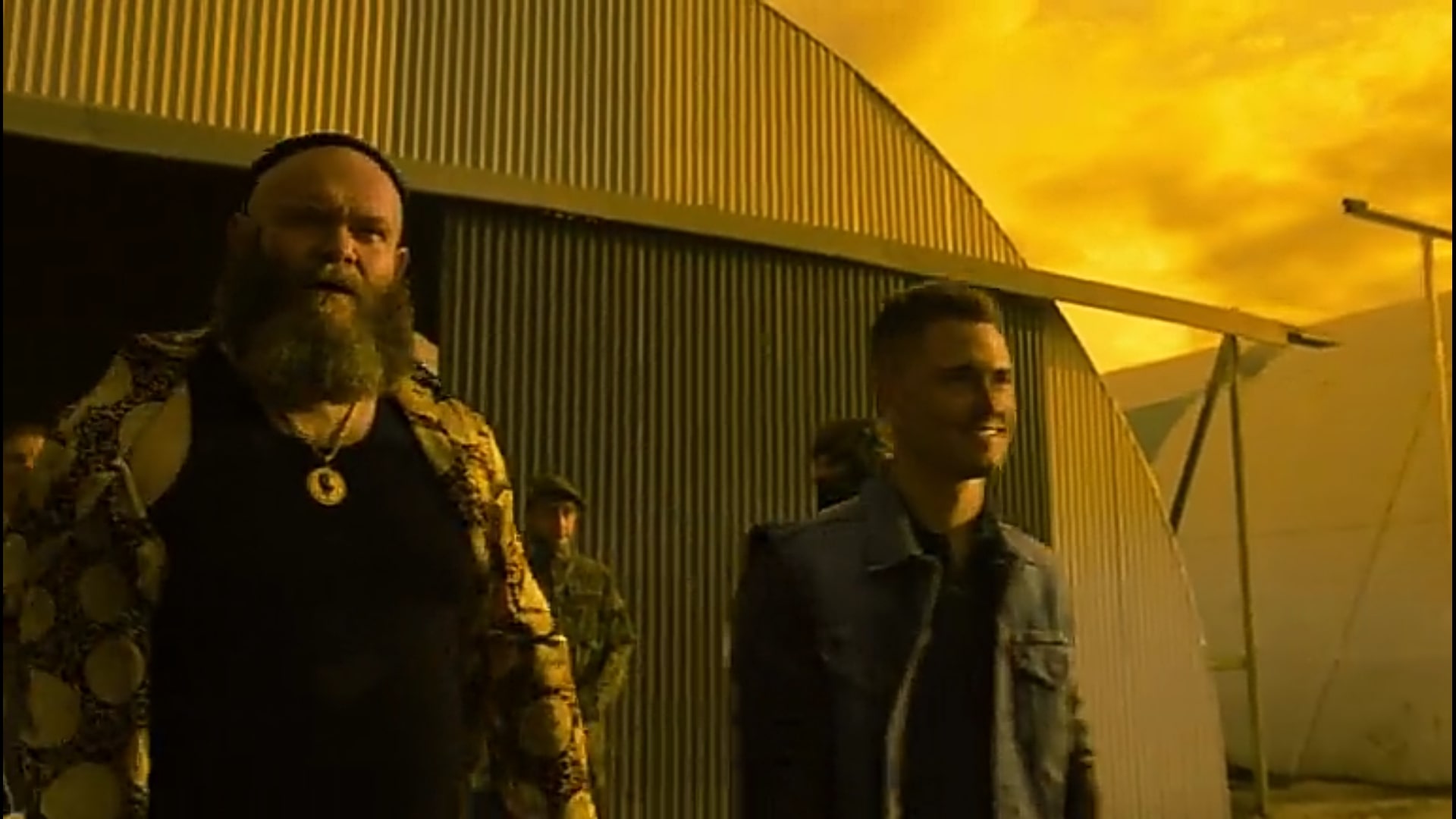 This is when Sagasta’s remaining soldiers initiate part 2 of their plan. In part 1, they already deactivated all the charges placed on the three entrances. Sergeant Arteche jumps on Palermo and incapacitates him. The surgeons sent in by the authorities turn out to be soldiers. They point their guns at Helsinki, and Arteche forces him to drop his assault rifle by threatening Palermo.

Helsinki is subsequently removed from the stretcher and placed in a circle along with the rest of the gang. Ultimately, the Professor forces Tamayo and the Spanish government to agree to his terms by threatening them with financial collapse. The government has no choice but to accept that there will be brass ingots instead of gold ones in their national preserve. The robbers then work together with the government to make people believe they are dead. In the show’s last sequence, Helsinki receives his passport along with the others and leaves Spain. With their share of gold, he and Palermo are set to lead a happy life together.