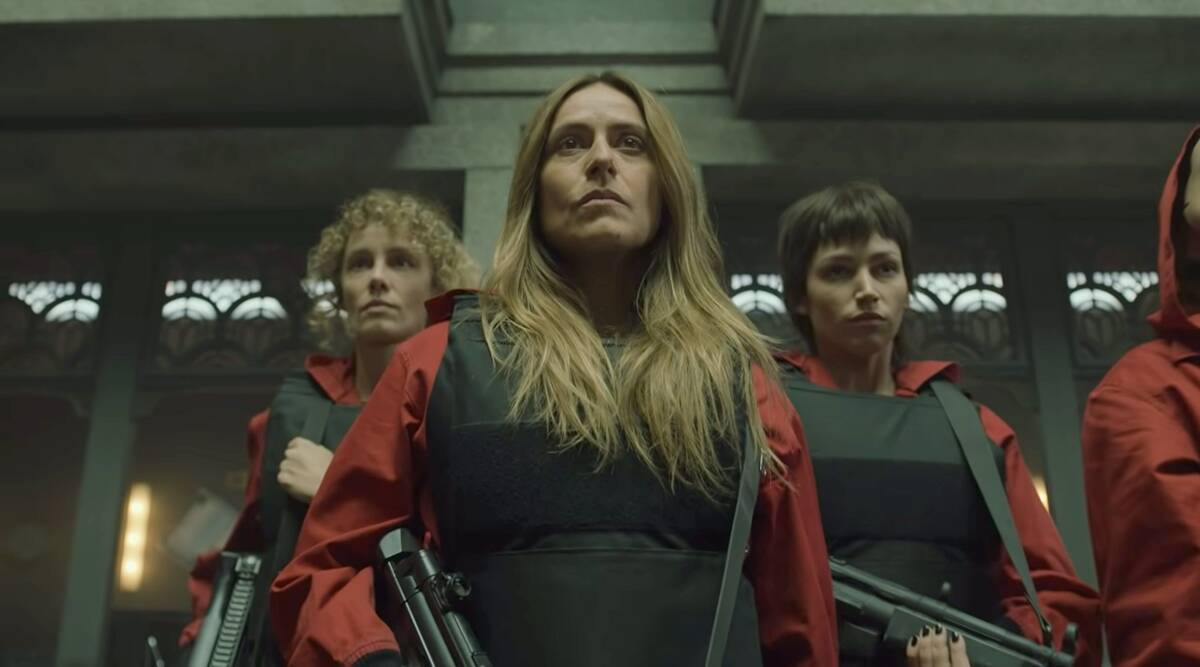 Violence is organic, brutal, and hardly ever unnecessary in ‘Money Heist.’ In season 5, it becomes almost poetic as the main characters experience utter nihilism in the face of insurmountable odds. And yet, after traversing through denial and anger, they eventually find their way to acceptance. After losing the last bit of leverage that the government had on the robbers, Colonel Tamayo (Fernando Cayo) calls in the military.

Alicia (Najwa Nimri) captures the Professor (Álvaro Morte), but then her water breaks. Helsinki (Darko Peric) nearly dies after a statue falls on him. Stockholm (Esther Acebo) shoots Arturo (Enrique Arce) to save Denver (Jaime Lorente) and the others. And Tokyo (Úrsula Corberó) confronts her destiny. Here is everything you need to know about the ending of season 5 part 1. SPOILERS AHEAD.

The Professor and his crew are forced to improvise as their Bank of Spain heist descends into utter chaos. Gandia (José Manuel Poga) returns to the bank with Sagasta (José Manuel Seda) and his unit, and they separate Tokyo, Denver, and Manila (Belén Cuesta) from the rest of the group. Alicia is forced to release the Professor, Marseille (Luka Peros), and Benjamin (Ramón Agirre), so they can help her deliver her child. 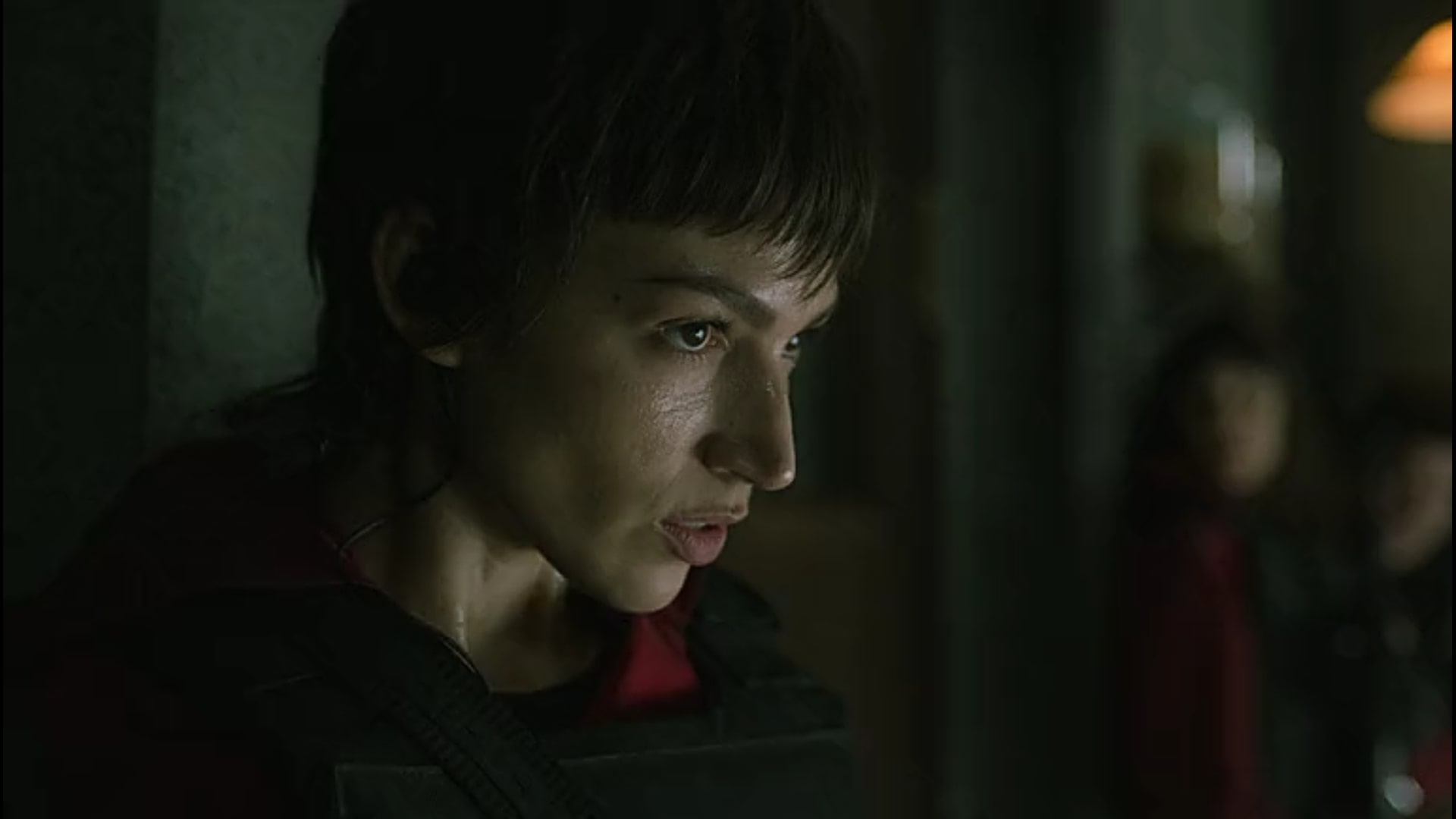 ‘Money Heist’ season 5 episode 5, titled ‘Live Many Lives,’ is entirely devoted to Tokyo. The narrative goes back and forth between the present time, the last few days she spent with René (Miguel Ángel Silvestre), the first few personal moments she spent with Rio (Miguel Herrán), and the day when the Professor recruited her. The title — ‘Live Many Lives’ — refers to what has become Tokyo’s life motto.

After René died in a botched bank robbery, she was broken and lost with the police of an entire country looking for her. Meeting the Professor and becoming part of the Royal Mint heist brought back a sense of purpose to her life. It also led to her introduction to Rio. As the military closes in on her position, Tokyo can’t help but recall those precious moments of her life. Rio and her friends desperately try to get her out, but oddly, amidst all that, Tokyo discovers peace.

Money Heist Season 5 Ending: Is Tokyo Dead? Is Gandia Dead? What Happens to Sagasta and His Unit?

Yes, Tokyo is dead. After being shot multiple times by Gandia, Sagasta, and the rest of the military unit, she lies on the floor completely motionless. As Gandia flips her over with his boot, he discovers four pins in her hand, taken out from the grenades strapped to her chest. He barely gets to shout out a warning before the world explodes.

The episode begins with flashbacks of the botched robbery. René killed one of the guards before the second guard fatally shot him. Realizing what happened, Tokyo rushed to him and killed the guard. René subsequently died in her arms as the police started to arrive. And yet, she somehow managed to escape. This was when she drew the attention of Berlin (Pedro Alonso), who was highly impressed by her tenacity and ingenuity. It is revealed that the Professor was initially doubtful about Tokyo, but Berlin insisted that she would be an asset to the team. Ultimately, the Professor told his brother that he would contact her if she could spend the following 72 hours without getting caught by the authorities.

And she was evidently successful. The Professor reached out and recruited her, as is shown in the pilot episode of the show. Since the beginning, Tokyo has served as the show’s narrator, likely giving many audience members a false sense of assurance that she has plot armor and will not be killed abruptly. While her death doesn’t happen suddenly (unlike Nairobi’s), because the show creators spend the entire episode building up to it, it’s still one of the riveting and surprising moments of television history and can be compared with Ned Stark’s death in season 1 of ‘Game of Thrones.’ 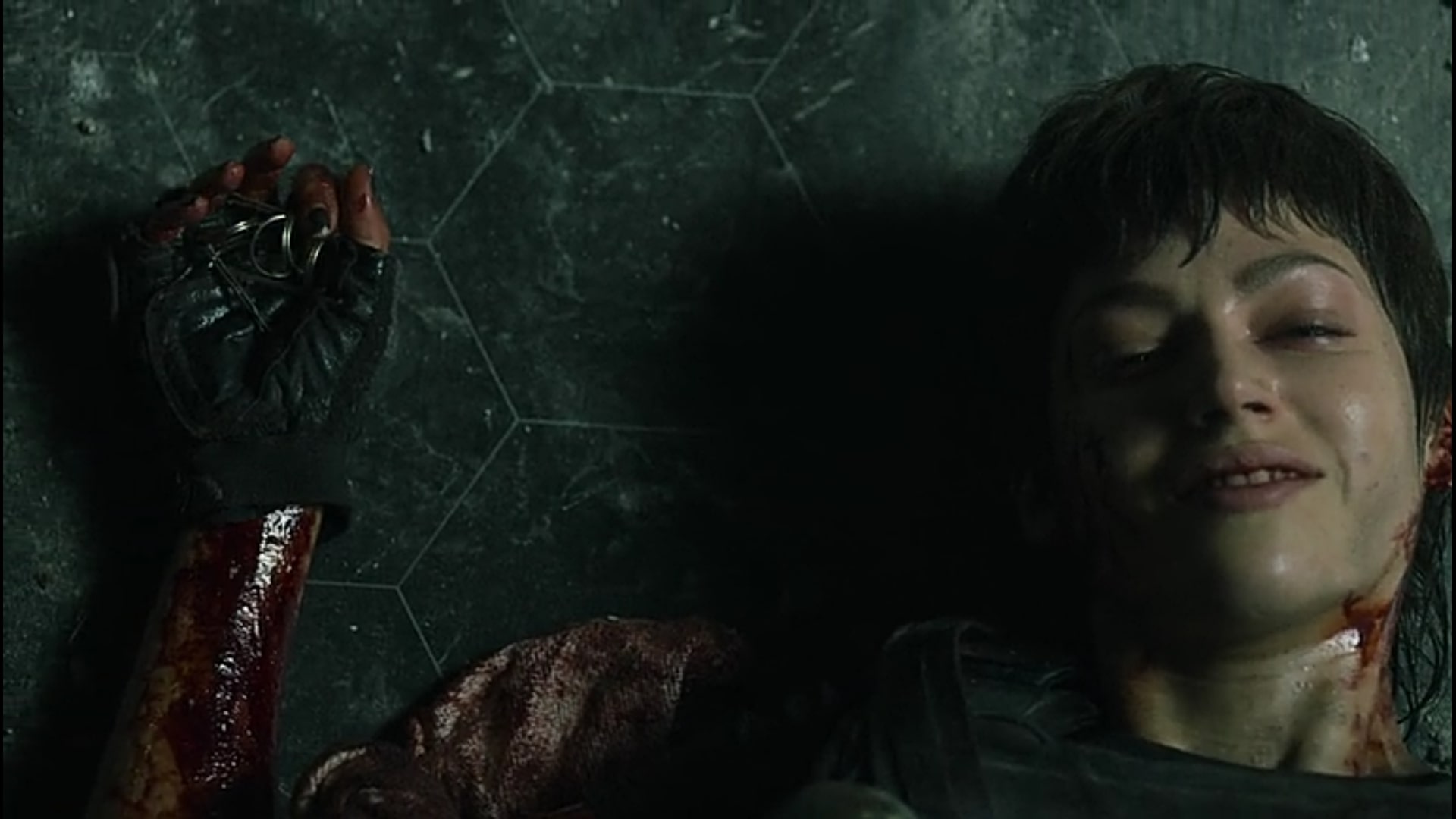 Tokyo gets the chance to say goodbye to Rio, who digs a hole from the floor below but doesn’t get enough time to make it big enough for Tokyo to pass through. In those final moments of togetherness, Tokyo acknowledges that something is ending today but adds that today is also the first day of Rio’s life, urging him not to be sad. And then, she faces her death head-on.

Yes, Gandia is also dead. When the grenades on Tokyo’s chest explode, he is standing right over her. It’s a profound moment of irony and poetic justice that the show creators perfectly set up. Tokyo and Nairobi shared a sisterly bond, and it’s only appropriate that the former gets to take Nairobi’s killer out for good. Not many of Sagasta’s team members should be alive after that massive explosion either, but at least some of them clearly survive it.

As she previously got shot in arms and legs by the snipers outside, Tokyo ensures that both Denver and Manila reach safety several floors below through the dumbwaiter by holding back Sagasta’s team, making her final sacrifice for the gang. Denver and Manila try to build a safe landing zone for Tokyo, but it’s too late. Tokyo dies like the way she has lived her life: with some regrets, but on her terms and unequivocally free.

What Is the Name of Alicia’s Baby? What Is Alicia Planning?

Alicia’s situation is as surreal as it can probably get. Right when she thinks she has everything in control, the Professor reminds her that Tamayo has turned her into a traitor in the eyes of the nation. And then, she goes into labor. When there are complications with the delivery, she has no choice but to free the Professor and the others. The men she has hunted for the last few days help her bring her daughter into the world. 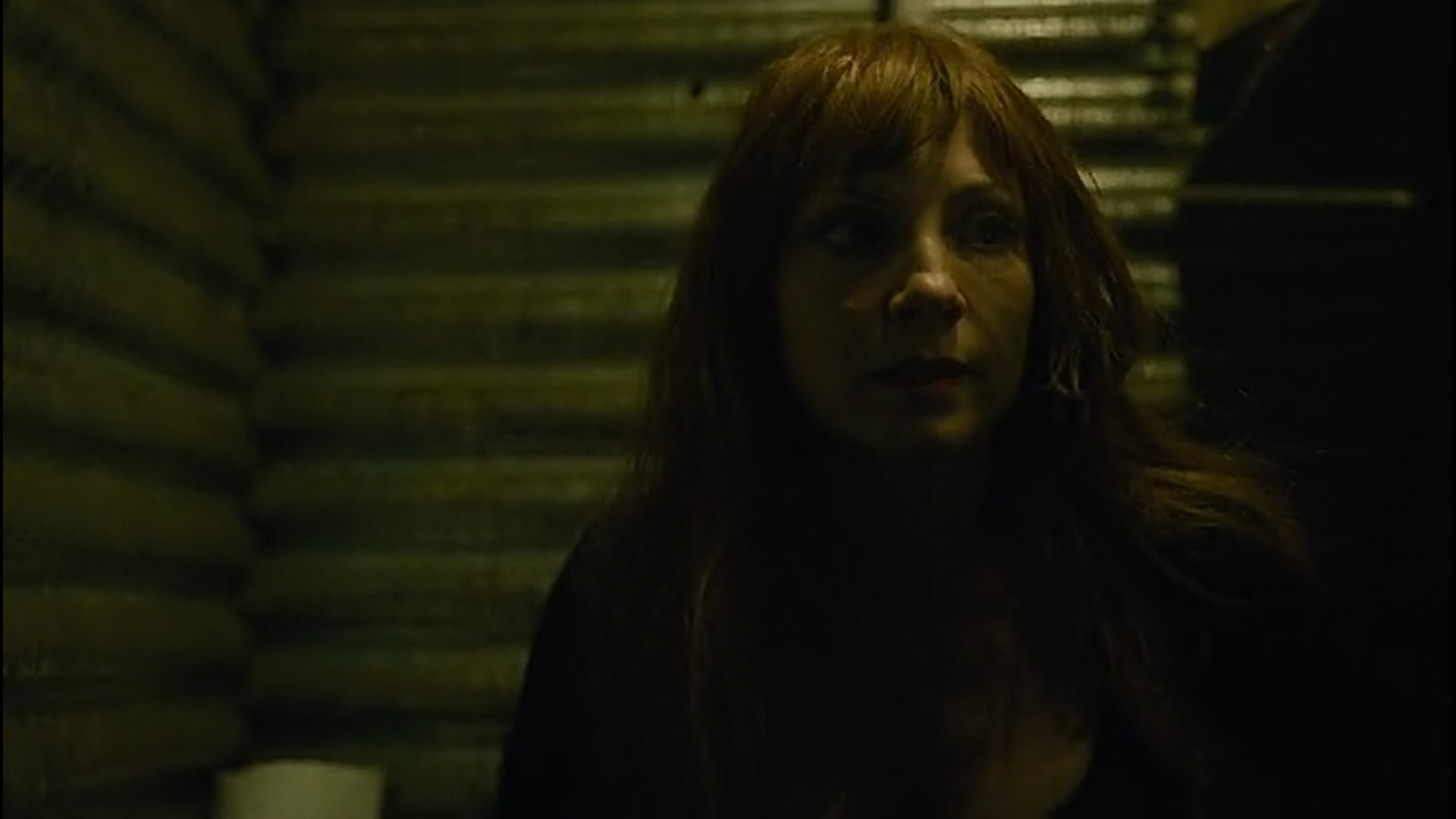 Alicia names her daughter Victoria and declares that the newborn girl will be victorious in life, and she (Alicia) will be there right beside her. The latter part of that statement is particularly important. When the Professor spoke about Tamayo earlier, she told him that unlike Raquel (Itziar Ituño), she has no intention of leaving Madrid and go into hiding. The birth of her daughter has given her all the more reasons to stay in the country and stay out of jail.

The deal that the Professor makes with Tamayo will likely clear Alicia’s name. And she will get the opportunity to return to the side of the law. So, she is probably waiting until that happens. After the birth of her child, she goes into the bathroom and finds a plier in a toolkit. She then hides it in her sleeve for future use. If the team thinks that she has joined them, it will be a catastrophic mistake on their part. But knowing the Professor, he likely has come up with some plans in case Alicia tries to regain control of the situation.