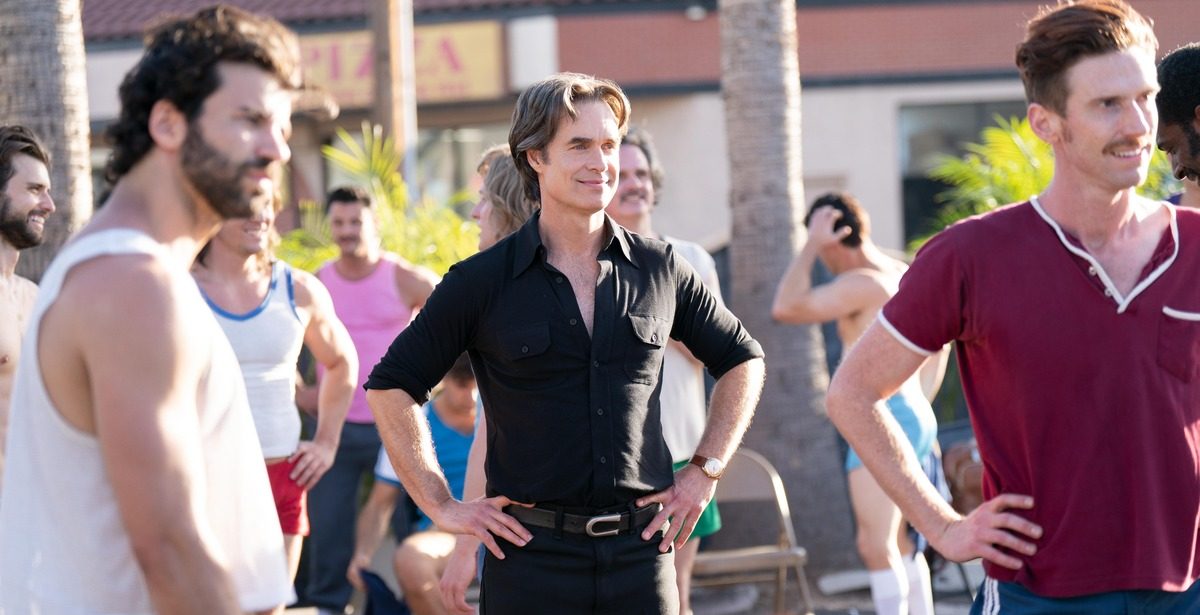 With Hulu’s ‘Welcome to Chippendales’ delving deep into every aspect of the pioneering all-male exotic dance troupe’s early years, it’s no surprise that the routines are given a lot of significance. The fact Nick De Noia created a majority of these hot pieces is also a crucial aspect here since he was a real-life director-choreographer who was sadly, eventually slain over this creative venture. So now that we’ve seen Australian actor Murray Bartlett almost flawlessly portray the late professional on our screens, let’s find out whether he himself is actually light on his feet or not, shall we?

Although Murray is rather similar to his character in this miniseries in the sense he is also gay (albeit loudly and proudly, as he should be), they do not share the same degree when it comes to dancing. While New Jersey native Nick had reportedly started dancing at an early age, the now Massachusetts-based actor simply trained to learn specific moves and executed them in front of cameras. Though this process was not easy in any way, shape, or form either, Murray did manage to garner an entirely new creative ability, which helped him translate it while playing the role effortlessly.

“It was a really good challenge,” HBO’s ‘The White Lotus’ star admitted in an interview with Vulture before quipping, “I’m not a professional dancer. Maybe you’ve noticed that… I love a challenge like this, as an actor, where you have to make people believe that you know what you’re doing. So I drilled the choreography that I had to do.”

Murray then added, “The most challenging part was I had to do this scene where I’m teaching the dancers this routine. I have to do it towards them, so I’m mirroring the routine as they’re doing it, then flip around and do it the way they’re doing it. That kind of scrambled my brain, but I did it!” He’s likely referring to one of his initial scenes in episode 2, where he’s recruiting new dancers for a new Chippendales image.

However, the strangest part for Murray was the fact he had to not only act as if he knew what he was doing dancing but also pretend to teach it to some of those who were already trained experts.

Coming back to the sexual identity element, in another interview, Murray expressed, “There is this trope of the tragic gay character who never finds happiness and dies in the end; I was very aware of not playing into that. We had a chance to explore Nick’s sexuality in a way that was interesting and three-dimensional and doesn’t make him a tragic figure in that way [and I think we did that].”

Read More: Is Otis Based on a Real Chippendales Dancer?