Does Pam Hupp Have Kids in Real Life? 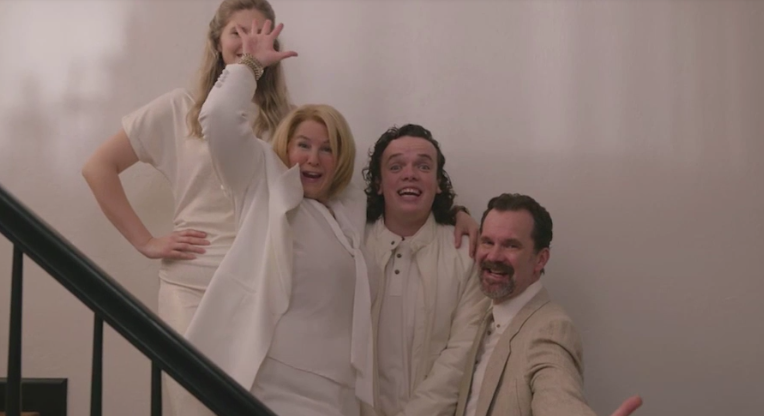 NBC’s ‘The Thing About Pam’ is a crime drama series that breaks every bound of the genre to really give us an inside look into the actuality of a 2011 case that shook Missouri to its very core. After all, as the six-parter depicts, Elizabeth “Betsy” Faria was found murdered inside her home on December 27, yet instead of her husband, it was her friend Pam Hupp who was allegedly involved. But for now, considering the way they were introduced in the production, let’s focus on the topic of the latter’s children and delve into whether she had any in real life or not, shall we?

Does Pam Hupp Have Kids in Real Life?

To give the short answer, yes, Pamela “Pam” Hupp does have two children in real life — a daughter named Sarah from her first marriage and a son called Travis from her second to Mark Hupp. It was back around the mid-1970s, as per reports, when Pam “had to” tie the knot with her high school sweetheart three months after senior prom, resulting in the birth of their baby girl. The marriage just lasted six years, though, following which her ex was forced to appear in court with a stack of canceled checks to prove he’d been paying child support on time, despite others’ claims.

Around that same time, Pam and Mark Hupp promised each other forever at the altar and soon welcomed a son into their world, only to relocate to Naples, Florida, to start a new chapter in 1989. They returned to Missouri in 2001 — a year after her father passed away — to settle down in O’Fallon, St. Louis, which is supposedly where her children still reside. It’s actually unclear what kind of a mother Pam was or what her kids’ upbringing was like, yet reports do suggest that it was a blend of both usual and unusual.

According to friends, when Pam’s daughter first got married, she found a place she believed could be her forever home and, like any child, gushed to her mother about it. However, in just a little while, Pam ostensibly went behind her back and bought the same house, only to flip it for a profit through the business she and her husband ran on the side. No one knows the reason behind her action or what truly transpired, mainly owing to the Hupps’ preference to stay away from the limelight, but things like this were purportedly not uncommon.