Does Patrick End Up Together with Iván or Cruz in Elite? 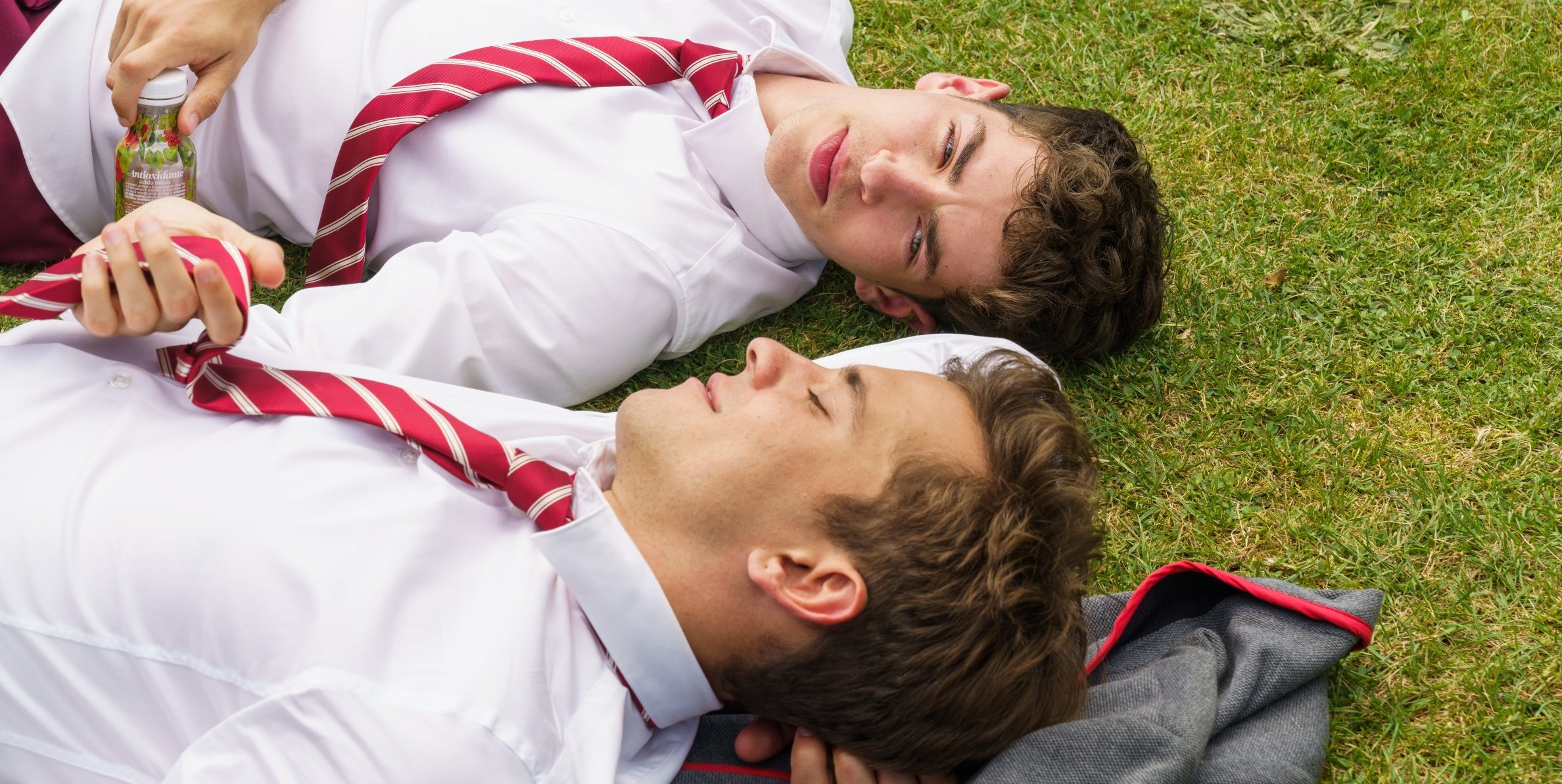 The fifth season of Netflix’s Spanish teen show ‘Elite’ witnesses the arrival of Iván Carvalho, the son of renowned soccer player Cruz Carvalho, in Las Encinas. Right after joining the school, Iván connects with Patrick, who tries his best to seduce the newcomer. Iván resists Patrick’s advances at first but eventually reciprocates. However, the involvement of Patrick’s sister Ari and Iván’s father Cruz complicates their companionship. After several astounding developments, Patrick forms a connection with Cruz while maintaining his love for Iván. Naturally, one must be eager to know whether Patrick ends up with either one of them to build a relationship. Let’s find out! SPOILERS AHEAD.

Does Patrick End Up Together with Iván or Cruz?

Yes, Patrick ends up together with Iván. When Patrick expresses his romantic and sexual interest in Iván, the latter restricts him by putting a boundary between them. Furthermore, Iván gets attracted to Ari and the two of them have sex. Even though Iván wants more to happen with Ari, she lets him know that they can’t ever have anything more than the sex they had. He gets severely hurt, only for Patrick to console him. Patrick finds a way to touch Iván’s soul to offer him comfort and companionship. He makes Iván feel that he isn’t alone. As someone who has never maintained a meaningful relationship, Iván gets astounded seeing how comfortable he is with Patrick.

However, the hurt Iván inflicts on Patrick by being intimate with Ari leads Patrick to Cruz. They end up making out and Patrick leaves Cruz wanting for more. Meanwhile, Iván reciprocates Patrick’s feelings toward him and they end up having sex. Iván’s realization that he wants Patrick, emotionally and physically, leaves the latter conflicted about choosing either the father or the son. When he ponders over the question, Iván and Ari make love again, infuriating him. He becomes intimate with Cruz in front of Iván, which affects Iván and Patrick’s relationship and the former’s relationship with his father.

Still, Iván and Patrick do not rip the other one from their hearts. When Iván gets high after having drugs with Isadora, he confronts his feelings for Patrick. He realizes how painful it is to be not with Patrick and he shares it with Ari in a voice message. Patrick listens to the message and understands that Iván still nurtures feelings for him. Cruz also realizes the same and tries to convince both Patrick and Iván that they love each other. He sits together with both of them to explain that the pain they feel is a testament to their love. Cruz gladly steps away from their lives for his son and Patrick to end up together.

Even though Patrick is an influential and admirable presence in Cruz’s life, he takes the high road to unite Iván with Patrick. Iván is the only person Cruz has in his life to call his own and he is not ready to harm their father-son relationship by getting involved with Patrick again. As a good father, for once in Iván’s lifetime, he requests his son to not lose Patrick when he feels at home with him. Cruz also reminds Iván how special he feels when he is with Patrick, which motivates him to unite with the love of his life. When Patrick deals with Benjamín’s arrest, Iván hugs him and the two of them end up together.

Iván and Patrick’s union makes Cruz reconsider moving to Qatar, at least for now. He may still need to find a harmless way to exist in Iván and Patrick’s life together due to his history with the latter. If his presence may turn out to be a concern, we may see him move to Qatar alone to give space for the other two to start nurturing a strong relationship.

Read More: Do Caye and Phillipe Get Together in Elite? Does She End Up with Felipe?