Prime Video’s ‘Tom Clancy’s Jack Ryan’ takes place in Eastern Europe where Russia and the Czech Republic find themselves at odds with each other when the latter is approached by NATO. Eerily mirroring the Russia-Ukraine conflict, the show has Jack Ryan trying to uncover a secret Russian nuclear weapon project called the Sokol project. The investigation leads Jack down a dangerous path and he is forced to go on the run from his own agency. Soon, he discovers that there are many layers to this project, and the identity of the person orchestrating this plan is hidden very well. Petr Kovac turns out to be the main player in the end. What happens to him at the end of ‘Jack Ryan’ Season 3? Let’s find out.

How Does Petr Kovac Die?

Petr Kovac was originally named Petr Lebedev. He was a foot soldier for the Soviet Army and believed wholeheartedly in the cause of Mother Russia. Back in 1969, when the Sokol Project was still in the works, he and other soldiers were ordered by Luka to kill the scientists. It would mean killing the project, which was unfathomable to Petr because this project was supposed to create a weapon that would make the Soviet Union a superpower. However, Luka was keen on following orders. 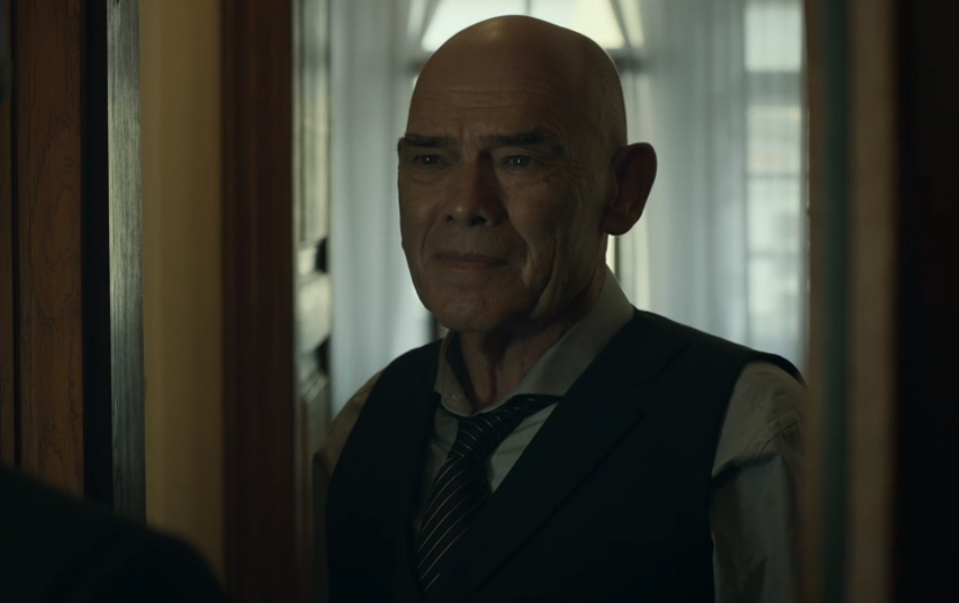 Back then, Petr couldn’t do anything to keep that project going, but once he ran away from Russia, he found a new way to achieve his goals. He moved to the Czech Republic took over a new name and slowly got himself in the position of being the most influential, if not the most powerful person in the Czech Republic. He succeeded in installing his daughter as the President of the country. However, his heart was still in Russia.

Secretly, Petr worked on reviving the Sokol project while also coming up with the Crossbow plan, which meant a radical change in the Russian government. His plan involved a coup as well as the declaration of war which would have led to the loss of countless lives. He kept it a secret from his daughter, who he knew would never agree to go to war. She wouldn’t understand his feelings and what he wanted to achieve.

Things had been going rather smoothly with everything in place for both the plans to work. But then, once again, Luka came in between, and he got the CIA involved. This put a wrench in Petr’s plans, yet, he decided to keep going. Meanwhile, Luka found out about the Sokol project, but he had a hunch that the whole picture was much more than what appeared at first. He succeeded in gaining the trust of Alexei Petrov, who he knew was involved with Sokol in some way.

Alexei eventually led Luka to Petr, which is where he realized who Petr was and why he had dedicated himself to creating and executing such an elaborate plan. In their final meeting, while Luka and Petr talk about the last time they were in the same room and their differing views on the future of their country, Alena catches up with them. She had been in contact with James Greer ever since he was reassigned to Prague. First, he discovers that Alena’s security guard, Radek, is the one behind Popov’s assassination. A look into Radek’s history shows him the connection between him and Alena’s father.

While Petr had been dedicated to bringing back the Soviet Union, Alena loved the country that she was made the President of. She realizes just how dangerous her father’s plan is and how he doesn’t care about the bloodshed he can cause. When she arrives at his place to arrest him, Petr is shot down by Luka. Petr’s main artery is severed and Luka stops the bleeding for a while, enough for Petr to make it to the hospital. However, Alena decides that her father’s time has come. She is angry and disappointed at his betrayal and at the fact that he treated her like a puppet all this while. She lets Petr bleed out and he dies.

Read More: What is Crossbow in Jack Ryan Season 3, Explained