Is Jack Ryan Season 3 Based on Russia-Ukraine War? 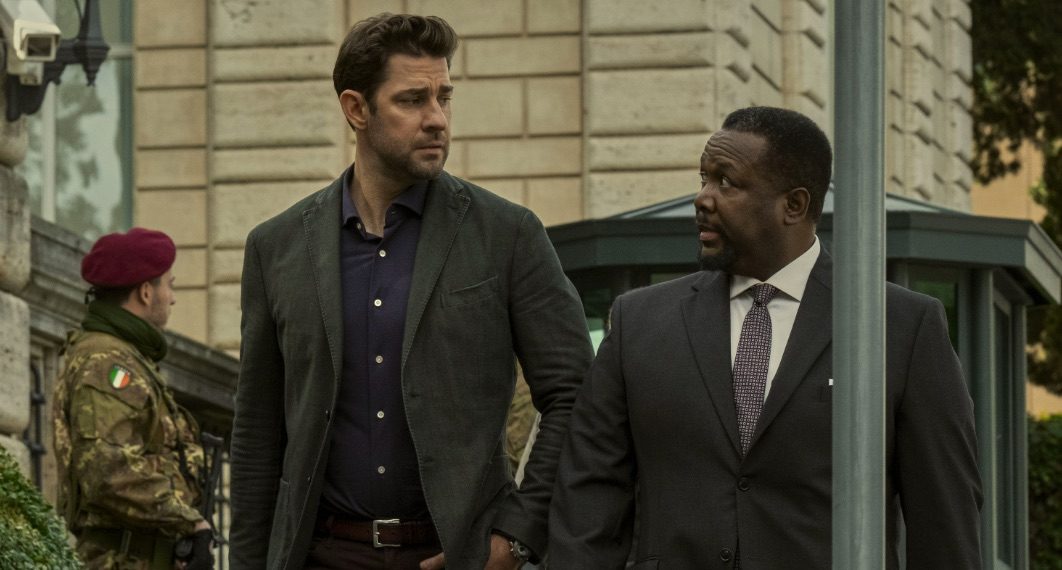 Prime Video’s ‘Tom Clancy’s Jack Ryan’ returns with a third season that takes the titular character to Europe where he gets embroiled in a political turmoil that has Russia at its center. Jack discovers that there is a group of people who are trying to set a plan in motion that is supposed to kickstart the events that could possibly lead to the third World War. With the help of his usual team, which includes Greer and Mike, he succeeds in uncovering many layers of this conspiracy. It is exciting to watch Jack tackle one impossible situation after another, but what makes the series even more impactful is how closely it relates to a very real war going on in Eastern Europe. Did the makers of ‘Jack Ryan’ use this real-life chain of events as the basis for the third season? Let’s find out.

The Connection Between Russia-Ukraine War and Jack Ryan Season 3

The third season of Jack Ryan focuses on a rising conflict in Russia that extends to the political setup in the Czech Republic. This country had formerly been connected to the Soviet Union and its close vicinity to Russia makes it an important location for Russia and its enemies. We find Czech in a very difficult position where NATO wants to build ties with it, which would mean a greater presence of the Western countries, particularly America, in Czech, which is unacceptable to Russia. Russia’s incursion in Ukraine is also briefly mentioned in the show.

This whole situation sounds somewhat familiar to the events that led to Russia’s attack on Ukraine. Among the many reasons that Russia used to justify its actions, one of its excuses was the threat of NATO’s presence in Ukraine. Russia was worried that its neighboring country would take up NATO on its offer and that this would increase the West’s involvement in the region, possibly leading to the encroachment on its territory. This came after the fact that Ukrainian President Volodymyr Zelensky had already made it clear that they were not going to indulge with NATO.

While the plot of ‘Jack Ryan’ Season 3 seems to mirror some aspects of the things that happened to Ukraine, it wasn’t originally intended to be so. John Krasinski, who plays the role of Jack Ryan, revealed in an interview that the idea for the third season was created three years before the show aired and before the world discovered that Russia had been planning to march on Ukraine.

“We had wrapped the season of the show before the conflict even came into the purview of the world,” Krasinski said. “But it’s just horrifying to see that something we wrote to be so larger than life that there couldn’t be any possibility that it could happen in real life, not only happening in real life but happening at a level that is ten times as scary and horrifying as our show, it’s something that we all take very very seriously. And something that we certainly never intended as the show was already done before it happened.”

This isn’t the first time that a TV show has sort of predicted some political event. ‘The Simpsons’ is known for making some eerily accurate predictions, one of which was President Trump. An episode of ‘Person of Interest’ focused on the story of a CIA analyst who decides to out the government for secretly spying on its citizens, which a couple of years later turned out to be the story of Edward Snowden’s life. In an eerily odd way, ‘Jack Ryan’ too walks that line with its third season.

Considering that the themes of ‘Jack Ryan’ demand it to be a politically aware show, its writers have the responsibility of digging deep into research before chalking out a storyline. Because Russia and Ukraine were already in a tiff before the full-out war broke out, it is possible that the writers extrapolated from there and educated the plot of their story based on the previous behavior of the countries, as well as their politicians, in question. So, even though the plot isn’t directly based on the Russia-Ukraine war, it does draw on elements based on the political situation of Eastern Europe.