Where Was Jack Ryan Season 3 Filmed? 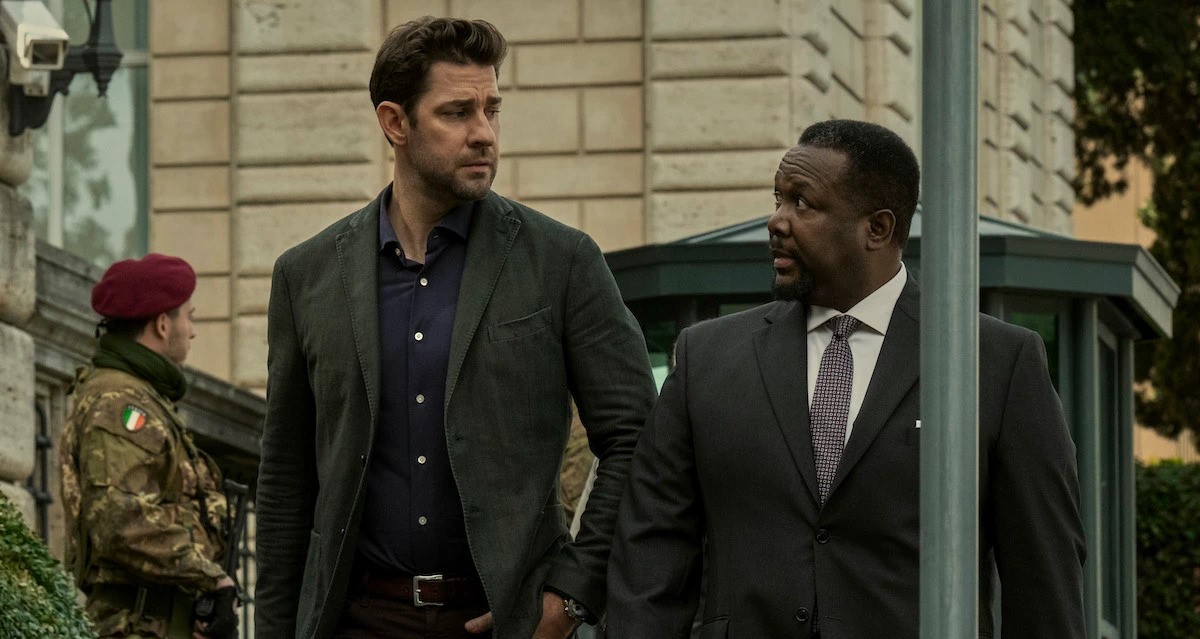 Based on the fictional characters of Tom Clancy’s Ryanverse, Amazon Prime’s ‘Jack Ryan’ or ‘Tom Clancy’s Jack Ryan’ is a political action thriller series created by Carlton Cuse and Graham Roland. It follows an up-and-coming CIA analyst named Jack Ryan, whose life turns on its head when he comes across several fishy bank transfers. As he attempts to find answers, he gets pulled from his safe and offsite desk job into the field. In the third season, Jack is seen on the run as he becomes a victim of a conspiracy, which makes him wanted by the international rogue faction and the CIA itself.

Now, Jack must stay underground in a race against time to survive all the attacks and complete his mission. Fans who have been following the series from the get-go shall remain hooked on the action-packed show through each episode of season 3. At the same time, the multitude of locations where Jack travels makes one wonder where ‘Jack Ryan’ season 3 was shot. If you are one such curious soul, you might be interested in what we have to share!

‘Jack Ryan’ season 3 was filmed in the Czech Republic, Greece, Hungary, Austria, Italy, and New York, particularly in Prague, Greater Athens, Kopaida, Santorini, Argolida, Sounion, Budapest, Pest County, Vienna, and Rome. Although the principal photography for the third round of the action series got underway in October 2020, it was soon halted due to the COVID-19 pandemic. After months of delay, the shooting resumed in May 2021 and seemingly wrapped up in September of the same year. Now, let’s follow Jack in his attempt to save the world from a deadly nuclear attack and get a detailed account of all the specific places that appear in the third season!

In May 2021, right after production resumed, the cast and crew members of ‘Jack Ryan’ were spotted lensing several key scenes in Prague, the capital and largest city in the Czech Republic. Specifically, a luxurious restaurant right at the city’s heart served as a shooting location for the third season of the John Krasinski-starrer.

Other Locations in Greece

For recording the third season, the filming unit of ‘Jack Ryan’ traveled to several other locations across Greece. One of the primary locations in the show’s season 3 is the beautiful Greek island of Santorini, situated in the southern Aegean Sea. Other sites within Greece where the cast and crew set up camp for season 3 are Argolis or Argolida, Sounion, and Kopais, AKA Kopaida.

Additional portions of the third iteration of ‘Jack Ryan’ were lensed in Budapest, Hungary’s capital and most populous city. It seems that the team recorded a few key scenes on location on Margaret Island, a small island in the middle of the Danube in central Budapest. The global city of Budapest has significant strengths in numerous sectors, such as art, fashion, research, education, commerce, media, entertainment, and so on.

The team set up camp in Pest County, surrounding Budapest, in central Hungary. They reportedly utilized the facilities of Astra Studios at 1-3 Napraforgó street in the traditional village of Mogyoród. The film studio is home to six different sound stages varying in size, a massive backlot area, and one of the largest indoor water tanks in the nation. All these facilities make it a suitable filming site for different productions.

A few sequences for the third season of ‘Jack Ryan’ were recorded in Vienna, the capital, the most populous and largest city in Austria. The iconic square, Stephansplatz, situated at the geographical center of the capital, served as a pivotal production location for ‘Jack Ryan’ season 3. Vienna is also home to several museums, such as the Technical Museum, the Burial Museum, the Sigmund Freud Museum, and the Military History Museum, to name a few.

In October 2020, before filming got postponed, the cast and crew members were spotted lensing some pivotal scenes for the third season of the Amazon Prime series in Rome, Italy’s capital city. Over the years, it has hosted the production of various projects. Some are ‘The Good, the Bad and the Ugly,’ ‘The American,’ ‘Van Helsing,’ and ‘John Wick: Chapter 2.’

It seems that New York also plays a significant role in the third season of ‘Jack Ryan.’ Officially known as the State of New York, it is the 27th largest state in terms of area located in the Northeastern United States. Having a vast and diverse landscape, New York State makes for an ideal taping location for different movies and TV shows, such as ‘The Godfather,’ ‘National Treasure,’ ‘Person of Interest,’ and ‘The Blacklist.’