Does Rachel Meet Her Birth Mom at the End of The Noel Diary? 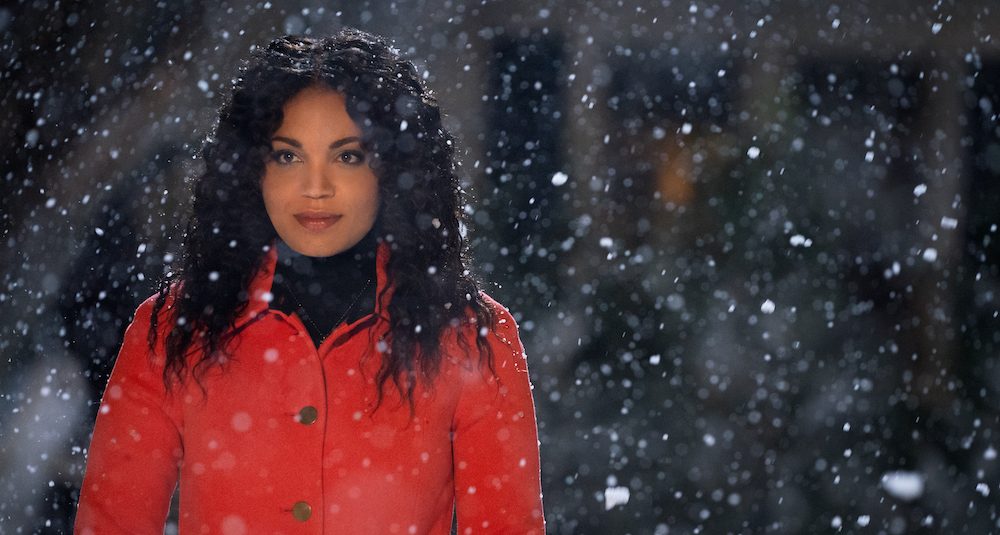 Netflix’s ‘The Noel Diary’ is the story of two people, Jake and Rachel, who are brought together by an interesting connection from their past. After the death of his mother, Jake arrives at his childhood home to clear out some stuff. This is also when Rachel shows up at his door inquiring about a woman who used to live with his family years ago. Later, it turns out that her birth mother, Noel, was Jake’s nanny when he was very young. Driven to meet Noel and close that chapter of her life, Rachel decides to go to whatever lengths it takes to accomplish her goal. Does she succeed at it? Does she finally come face to face with Noel? Let’s find out.

Does Rachel Meet Her Mother Noel?

Noel was barely out of her teens when she gave birth to Rachel. Since it was a child out of wedlock, Noel’s family didn’t support her. She was also not in the condition to raise her daughter, which is why she had to put her up for adoption. Knowing that she might never cross paths with her again, Noel wrote down everything she felt about her unborn daughter in a diary. She hoped that someday, her daughter would find it and know just how much her mother loved her.

Rachel grew up with her adoptive family and had a good home. However, she could never shake off the fact that she’d been given up by her mother. She had no idea who her birth mother was and why she gave her up. This uncertainty leads Rachel to seek out the things that promise security and stability. However, it also remains a lingering question in her life. When the time comes for Rachel to make a life-changing decision, she believes that solving the mystery surrounding her birth might help give her some perspective.

For Rachel, the reason to find out the identity of her birth mother wasn’t to confront the woman. She just wanted to know whether or not her mother loved her. All her life, she’d lived believing that she was an unwanted child, and Rachel wanted to clear this mystery once and for all. After a lot of digging and chasing leads, she finally ends up at Jake Turner’s door and things take a turn for the better.

She discovers her mother’s diary and discovers that her name is Noel. After meeting Jake’s father, she also finds out that Noel got married. On the wedding invitation, she finds exactly where Noel had been living all this while. Now, all Rachel has to do is drive down there and meet the woman she’d been so desperately looking for. Before she can do it, she finishes reading Noel’s diary and is happy to find that her mother didn’t abandon her. She was forced to give her up, and the fact that Noel really loved her makes Rachel’s insecurities go away. For now, that’s enough for her.

It is possible that Rachel chooses not to meet Noel because she doesn’t want to go around stirring trouble for her. This is why, by the time the film’s credits start to roll, it is Jake who has met Noel, not Rachel. Does this mean that she will never meet her mother? Most likely not. Just because Rachel doesn’t instantly run to Noel doesn’t mean that she will never reconsider her decision. After all, a lot has changed for her since she met Jake, and the fact that she is open to changing her mind is evident from the last scene of the film.

In her search for a secure place and person, Rachel got engaged to Alan, even though it’s clear that she is not really in love with him. When she crosses paths with Jake, their attraction is palpable. Still, she chooses to stay with Alan because there is a gaping uncertainty when it comes to Jake. She even tells Jake that she doesn’t love him just so he would stop trying to get her back. However, in the end, her heart wins and we find her standing across the street from Jake’s house. This means that she is ready to give their relationship a chance. Extrapolating from this, it is fair to assume that sooner or later, Rachel will also change her mind about meeting Noel.

Now that she and Jake are together, he will certainly mention his meeting with Noel and tell Rachel that her birth mother expressed the desire to meet. Knowing that Noel is just as excited to reunite with her might give Rachel the push she needs to visit the woman and give a proper ending to the journey she embarked on at the beginning of the film.