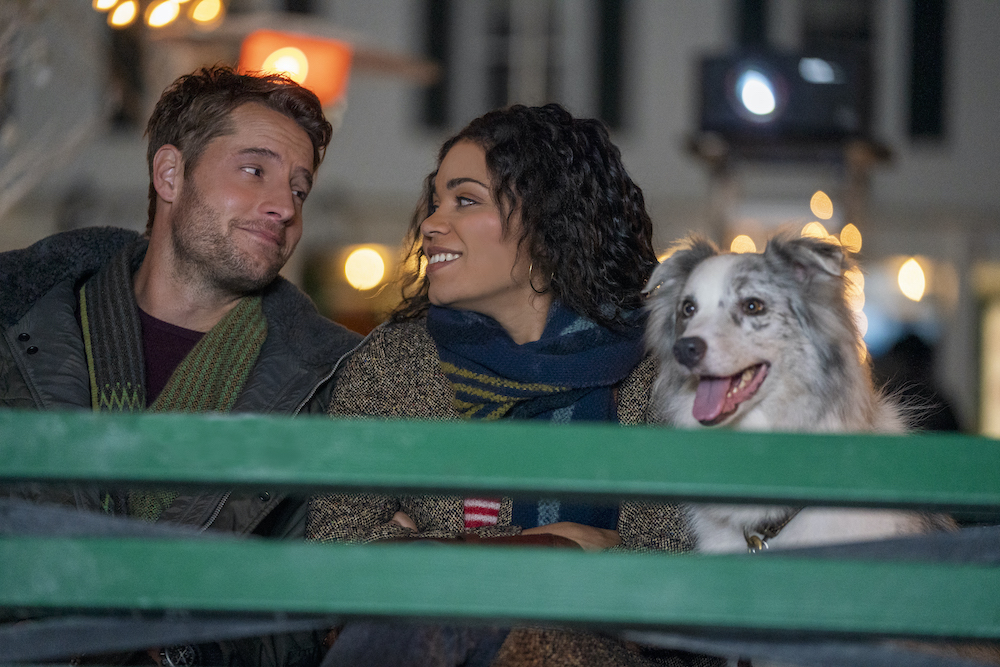 Netflix’s ‘The Noel Diary’ is the story of Jake Turner, who enjoys a successful career as a bestselling author, but remains a lonely man in his life. His only companion is his dog Ava, and for Jake, that’s enough. While he has had many relationships over the years, none of them have stuck around for long. Ava, on the other hand, has been with him through thick and thin and never leaves his side, no matter what. Out of the many good things about the movie, none is quite as lovable as Ava.

Apart from keeping Jake company, Ava also exhibits a keen sense of the things going on in his life. She is friendly and playful and welcomes Rachel very easily into their little group. In the times when Jake is not paying attention to important things, she doesn’t blink before barking at him and letting him know that he is missing something. It is things like these that make Ava an endearing creature, so much so, that the audience becomes more attached to her than to the main characters. If you are curious about who Ava is in real life, then we’ve got you covered.

No, Ava in ‘The Noel Diary’ is not actor Justin Hartley’s pet dog. Her real name is Skye and she belongs to Ariane M. Bailey, who is a dog trainer by profession. Skye is a very well-trained Australian Shepherd and has competed in sports like Disc Dog, Agility, Barn Hunt, Obedience, and Rally Obedience. Along with Ariane’s other dog, Jacob, Skye has competed in the likes of USDDN World Finals and ASCA Nationals. She has also won the Canine Good Citizen title and has also performed with the Hartford Symphony Orchestra at The Bushnell Center for the Performing Arts in the production of ‘Playing with Dogs’. Interestingly, in the movie, Ellie’s new love interest, Ian Page, also plays for the Hartford Symphony Orchestra.

While Ava steals hearts in ‘The Noel Diary’, she wasn’t originally a part of the story. She was added by director Charles Shyer. “We wanted to create a character, [Justin Hartley’s Jake Turner], who was a loner but not lonely,” he said. So, to give Jake a companion, Ava became a new character in the story and was based on Shyer’s own Australian Shepherd. Though Justin Hartley’s relationship with Skye doesn’t extend beyond them being co-workers, the actor himself is a dog parent.

The most recent addition to his family has been a dog named Alice. Apart from her, Hartley also has Gracie, who was six years old when he adopted her. Around the same time, he’d also adopted 12-year-old Memphis, who died two years later, in 2018. Calling dogs “emotional creatures, the ‘This Is Us’ actor showers a lot of love on his canine friends and shares their journey together on social media. He says that he doesn’t “expect much from them” and just wants them “to hang out and enjoy life”.

Read More: Is Jake Turner a Real Author? Are Green Eyes of Paris and The Final Midnight Real Novels?