Who Is Justin Hartley Dating? 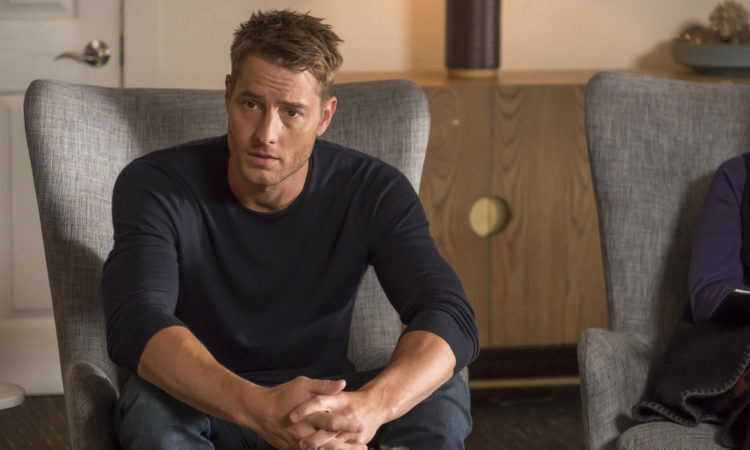 Justin Hartley is considered a heartthrob by many, especially after he garnered massive success with his role on ‘This Is Us.’ But, right now, the reason his name and face is everywhere is because of his personal life and his relationship status. Just last year, in November, he had filed for divorce from his second wife, Chrishell Stause, and now, with the release of Season 3 of ‘Selling Sunset’ – a reality series that follows her life, amongst other things – the former couple is reliving their separation, on a much grander scale. Although, in saying that, it seems as if Justin isn’t too bothered by it, especially because he has found love again, for the third time, with Sofia Pernas.

Are Justin and Sofia Dating?

Back in May, just a few months after he filed for divorce, Justin Hartley, 43, was seen locking lips with Sofia Pernas, 31, outside the Southern California Orthopedic Institute in Los Angeles. On the 29th of that month, she had dropped her new man off at the Institute and had returned a few hours later to pick him up, carefully transporting him to her car after his visit. Apparently, a source later confirmed their relationship to US Weekly, stating that the pair are, in fact, dating. However, because Justin and Sofia are both quite private about their personal lives, we don’t know for sure whether or not they are still together.

Who Is Sofia Pernas?

Sofia Pernas, born July 31, 1989, is a Moroccan-Spanish actress who currently resides in Los Angeles, California. She moved to the States when she was just 5-years-old and grew up quite happily in Orange County. While her mother Moroccan, her father is Spanish, so Sofia herself is quite secular. It is reported that she is fluent in Arabic, English, Spanish, and German. Although Sofia initially wanted to have a career in journalism, when she was scouted by an agency, she dropped her plans and started working in the entertainment industry as an actor and model.

Sofia’s first big break came in 2009, when she got the opportunity to be in a television film entitled ‘The Immortal Voyage of Captain Drake.’ After that, she never looked back and kept on scoring more roles, especially in movies like ‘Age of the Dragons’ and ‘Indigenous.’ Her most famous work, though, is on television. She starred as Marisa Sierras on ‘The Young and the Restless’ in 2015 and appeared on ‘Jane the Virgin‘ from 2016 to 2017. Sofia also starred in NBC’s ‘The Brave’ and currently plays the role of Lexi Vaziri on the CBS series ‘Blood & Treasure.’

In fact, Justin and Sofia first met back in 2015, as co-stars, on the set of ‘The Young and The Restless.’ We assume that the two felt some sparks even then, but didn’t pursue anything because Justin was already seriously involved with Chrishell. Sofia left the series just before Chrishell made her debut on it and started working with her then-boyfriend. The couple, Justin and Chrishell, called it quits in 2019, after two years of being married. And, while the Illinois native cited irreconcilable differences as the cause of their split and listed their date of separation as July 8, Chrishell submitted her return filing with the date of separation as November 22 – the date of the day he had filed.

The worst thing, though, is that reports claim that Sofia and Chrishell are really good friends, or, well, used to be.