Does Rhaenyra Have Sex With Criston Cole in House of the Dragon? 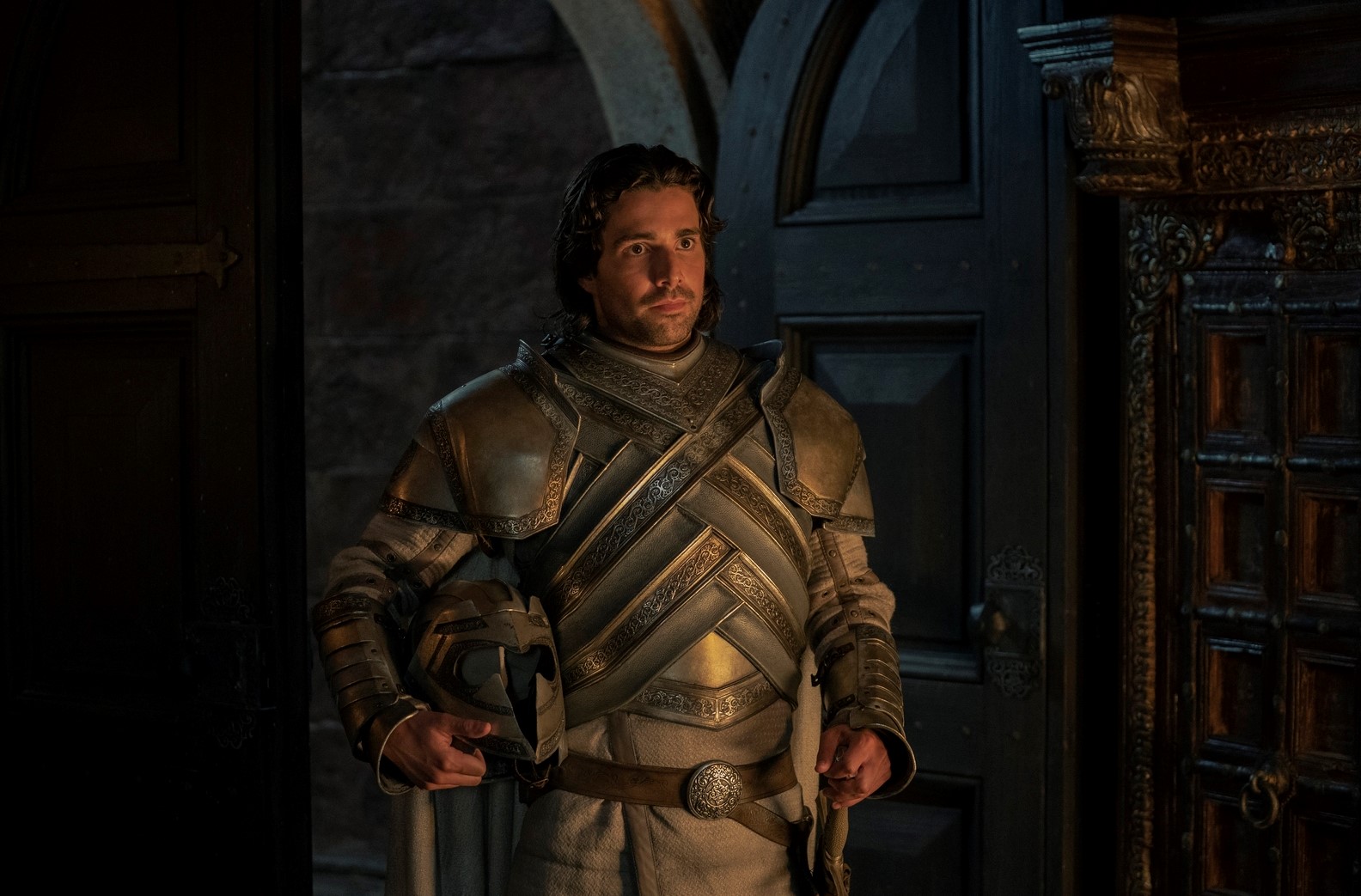 Based on certain sections from George R. R. Martin’s 2018 book ‘Fire & Blood.’ HBO’s ‘House of the Dragon’ is an epic medieval fantasy series. It revolves around the bitter war of succession between two factions of the ruling Targaryen dynasty. The series serves as a prequel to ‘Game of Thrones,’ which is based on Martin’s ongoing magnum opus, ‘A Song of Ice and Fire.’

In ‘House of the Dragon’ episode 4, titled ‘King of the Narrow Sea,’ Princess Rhaenyra Targaryen (Milly Alcock) comes into her own and begins playing the great game of power. With Daemon’s (Matt Smith) return to King’s Landing following his victory on the Stepstones, Rhaenyra becomes playful, adventurous, and even demanding in her pursuit of pleasure. One of her objects of interest is Ser Criston Cole (Fabien Frankel), the member of the Kingsguard that she herself selected. Here is everything you need to know about Rhaenyra and Criston. SHOW AND BOOK SPOILERS AHEAD.

What Happens Between Rhaenyra and Criston?

In its fourth episode, ‘House of the Dragon’ continues to set up the plot for the carnage that is to come. A year has passed between episodes 3 and 4. Daemon returns to the capital and hands over the crown he wore during his tenure as the King of the Narrow Sea to his brother, King Viserys I (Paddy Considine), which leads to a public reunion between the brothers in front of the entire court.

Meanwhile, Rhaenyra returns from her trip to find a suitable consort. She met a wizened Dondarrion while speaking to her suitors at Storm’s End, the ancestral seat of House Baratheon. House Blackwood and Bracken renewed their old and bitter feud trying to impress her. Blood was spilled, and the Bracken scion died, but alas, the princess didn’t find the man she would like to marry. As she steps off the ship, Rhaenyra is afraid that her father is angry with her. And as it is soon proven, she is right. Viserys has tried to make his daughter see the precariousness of her situation, but Rhaenyra doesn’t understand, at least not yet. She was born several centuries early in a world perpetually stuck in a medieval setting.

That night, Rhaenyra dresses up in the page boy attire Daemon has provided and ventures out into the city. The princess learns that even though the nobility calls her the “Realm’s Delight,” the ordinary people are not particularly happy that Viserys still maintains Rhaenyra as his heir even after Aegon’s birth. That night, at a pleasure house, she and Daemon become intimate, but Deamon stops things before it progresses any further. Rhaenyra seems to feel a sense of rejection. When she returns home, she seduces Criston, controlling every second of the entire encounter.

Westeros is not even remotely an egalitarian society. Actions that would have been normal and acceptable if she were a man bring severe consequences for her. While her father and his advisors don’t know that she had sex with Criston, they are aware of her visit to the pleasure house with Daemon. If Otto Hightower thinks he can use this as an opportunity to make his grandson heir, he has severely underestimated the princess, who accepts her father’s order to marry Laenor Velaryon and convinces him to remove Otto from his position as the Hand of the King.

In-world, ‘Fire & Blood, Being a History of the Targaryen Kings of Westeros’ is written by Archmaester Gyldayn of the Citadel of Oldtown, who is essentially Martin’s surrogate. For his book, Gyldayn draws from four major sources to describe the Targaryen civil war, the dance of the dragons — the accounts of Grand Maester Orwyle, Grand Maester Munkun, Septon Eustace, and court jester Mushroom. This means the book has multiple unreliable narrators commenting on the same event. This includes the relationship between Rhaenyra and Criston, and the eventual deterioration of it.

The only account that mentions Criston while describing the falling out between Daemon and Viserys belongs to Mushroom, but even he states that the Kingsguard spurned the romantic advances of the princess. As a show, ‘House of the Dragon’ discards the unreliable narrator aspect of the book and instead depicts what series co-creator Ryan J. Condal describes as “the objective truth of this actual history was, as we saw it.” This means that what we see on screen is the “real” history of the events, at least according to the series creators, which includes Martin himself. Rhaenyra and Criston had sex, but no one else came to know about it. This perfectly sets up their eventual falling out after she marries Laenor, and becoming bitter enemies.

Read More: What Is a White Hart in House of the Dragon? How Is It Related to Game of Thrones?