Does Teresa Die in Queen of the South? Does James Kill Teresa?

‘Queen of the South‘ is coming to an end with just one episode left in its fifth and final season. The crime thriller series follows the life of Teresa Mendoza, a poor woman who starts her own drug cartel and rises in power, stature, and wealth. As she becomes more powerful, she also makes powerful enemies, and a compelling conclusion to her story awaits in the finale.

However, the penultimate episode ends with a shocking moment that fans of the show knew would be coming towards the end but not so soon. If you are puzzled by the episode’s cliffhanger ending and wish to know the specifics about Teresa’s fate, we’ve got you covered! Here’s everything you need to know about Teresa’s possible death and who killed her.

Does Teresa Die in Queen of the South?

First of all, we already knew that the series was building up towards the cryptic sequence we saw way back in the first episode when Teresa had only just begun her journey into the cartel world. This sequence shows that Teresa would be shot dead at some point in the future, and that moment arrives in the ninth episode of season 5, titled ‘Bulletproof.’ 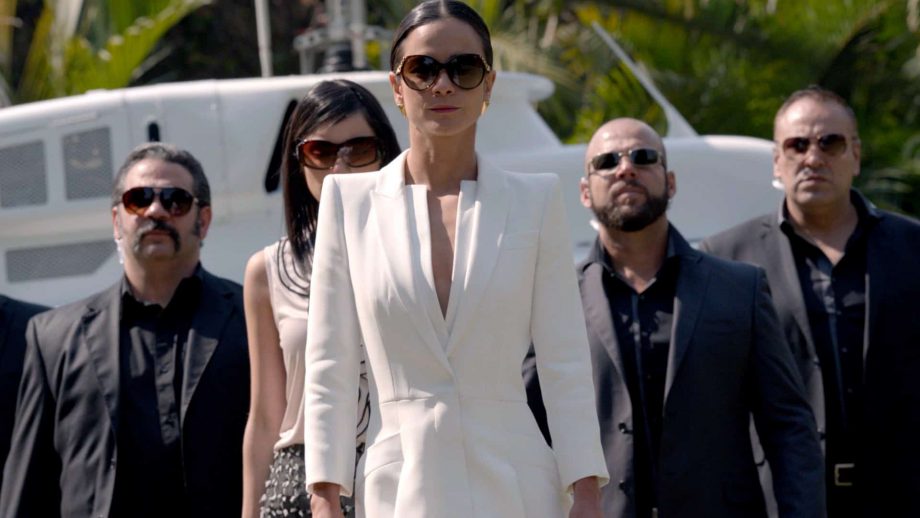 In the episode, after years of running and fighting her enemies, Teresa finds some joy in the arms of her lover, James. The two finally begin their long-awaited relationship. As Teresa prepares to meet Kostya, James warns her of the danger and professes his love for Teresa. The two kiss and spend the night together. The next day, at Kostya’s place, Teresa successfully poisons and kills Kostya. In the ensuing shootout, Pote evacuates Teresa.

Teresa, Pote, and Samara head to Belize while James stays back to shut down their remaining operations. After a brief scene of Devon meeting James, we cut to Teresa’s house in Belize. A bullet shoots her out of nowhere. She falls to the ground and begins to bleed.

The episode doesn’t end after Teresa is shot. In a heart-racing twist, the sniper who shot Teresa is revealed as none other than James! After all this time, all the fights and betrayals did not prepare the audience for this shocking revelation. In what seems to be posed like a Shakespearian tragedy, Teresa is killed at the hands of her own lover.

While there is no apparent motive for James to kill Teresa, it is possible that Devon had something to do with it. James could very well have been working for Devon all along and faked his love for Teresa. Devon might have blackmailed James into doing his dirty bidding, and James would not have been in a position to refuse as suggested during Devon’s visit to James. Another possibility is that James was trying to protect Teresa, and the real sniper is someone entirely else. Although that might not have the same emotional impact as James being the killer, it keeps James’ redemption intact.

There is also the brief scene of James talking to Teresa right before she meets with Kostya. Did he plan some kind of coup to free himself and his lover from Devon? Anything is possible. By the looks of it, Teresa is indeed dead, and James has killed her. However, we will have to wait for the series finale to roll out for any confirmation on the matter.

Read More: Does Pote Die In Queen Of The South?