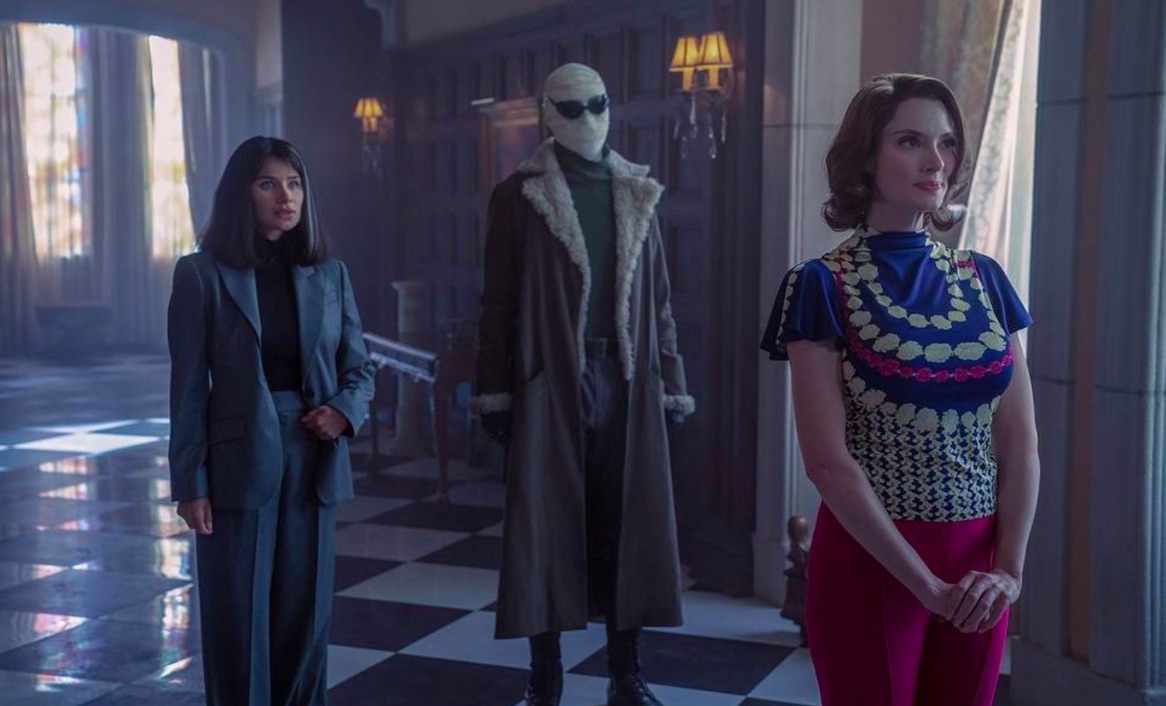 HBO Max’s ‘Doom Patrol’ follows a group of misfit people whose lives are changed after they meet with horrible events that disfigured them while also giving them superpowers. Over the course of the seasons, these characters discover some secrets about the man who saved their lives, while also confronting their own traumas and making peace with them. In the fourth season, the members of the Doom Patrol face their most challenging mission yet. They still have to save the world from a very absurd but deadly enemy. This time, however, they will have to deal with their own demons before they can face the enemy. The ending suggests that they have a lot of work to do. Here’s what it means for the future of the characters. SPOILERS AHEAD

Following the Season 3 finale, the Doom Patrol has been working under Rita’s leadership. She has found a purpose in steering the group while taking on all kinds of villains. Despite her enthusiasm towards her responsibility, the others don’t take her as seriously. Their attempts to follow her are half-hearted at best, and still, they somehow seem to work.

Things get a little better for Cliff when Vic and Silas Stone reveal that they have made a new arm for him and this time, they have given it a sense of touch. Finally, Cliff can feel things by touching them. Cliff’s happiness knows no bounds and he decides that his grandchild shall be the first one that he touches. He and the Doom Patrol set out in their time machine to meet Cliff’s daughter, but a sudden appearance of Isabel Feathers in the time stream changes their course and they end up somewhere else entirely.

It turns out that instead of traveling five minutes into the future, they have traveled farther ahead. Here, they meet the future Vic, who reveals that the world has fallen prey to Buttpocalypse. The Butts that they’d previously defeated have come back as zombies and have destroyed the world. Future Vic is the only survivor amongst all members of Doom Patrol.

Once back in the present, the Doom Patrol decides to look into the matter of zombie Butts and decides to nip the problem in the bud before it can come back to bite them. They know that they have to change things so that they don’t end up repeating the things that lead to the apocalypse. The first order of events is to remove Rita as the leader of the group and replace her with Laura aka Madame Rouge. While she and Cliff go out to hunt Darren Jones, Vic does some digging of his own.

Doom Patrol Season 4 Episode 2 Ending: Will the Buttpocalypse be Averted?

Trauma and self-reflection have always been a part of ‘Doom Patrol’s narrative and it becomes even more relevant in the fourth season. While the members of the group have come a long way, there is still a lot for them to process. It will become essential for them to not only confront but also accept their flaws and insecurities if they are to change the future and stop the Buttpocalypse from happening. However, there are other forces at play too.

In the second episode of the season, we are introduced to Dr. Margaret Yu. She is brought on board by the Bureau of Normalcy which has been secretly rearing the murderous Butts all these years. They wanted to create something terrible and unstoppable that can be used as a weapon against their enemies. Interestingly, they succeed in the task and it is so well done they can’t control their Butts anymore. They need someone who can communicate with them, and that’s where Dr. Yu comes in. She is a linguist and anthropologist, which brings it under her skill set to create a chain of communication with the Butts.

Dr. Yu succeeds in her task and discovers that the Butts are not mindless killers, but a species unto itself. They can feel and understand others, and can also sing and dance, much like humans. She hopes to continue her work with them so that she can turn them into a species that can live in harmony with humans. But the Bureau has no intention of watching the Butts sing and dance. They believe that the Butts have learned enough to understand commands and that’s all they need. Dr. Yu is let go from her job. However, by now, she has become too attached to her subjects.

Eventually, all the Butts are let loose on the facility, which is where the events from the previous season come in when the Doom Patrol battled the Butts. A lot of them were killed during this battle and the ones that ran away were hunted down by hunters, one of which Vic and Jane meet in the second episode. The hunter claims that he has caught the last Butt which has been infected by something. Vic and Jane believe that this is the last of its kind and bring it back to the Doom mansion.

With Darren Jones dead and the only zombie butt in the world in their custody, the members of Doom Patrol believe that they have the whole thing under control. Cliff is assigned the task to destroy the zombie butt, however, we don’t see him doing it. Having killed Darren Jones with his new hand, Cliff felt the touch of a person for the first time. He is traumatized by the fact that his first sensation was that of a person’s brain rather than his granddaughter. This leads him to take a break before he can kill the Butt. Previously, he did it with his robot hands so it wasn’t that big of a deal. But he will feel all of it now, so he hesitates to do it.

Because the Butt hasn’t been killed yet, Doom Patrol hasn’t exactly finished the task just yet. Additionally, unbeknownst to them, there is another Butt out there, one that Dr. Yu saved when the Bureau of Normalcy was being destroyed. This Butt is Nicholas, the other half of the once-conjoined Butts. It is his brother, Teddy, that is in Doom Patrol’s captivity. This means that even if Teddy is killed, Nicholas is still out there, which is one Butt too many. As long as he lives, the danger of the Buttpocalypse still lingers on the world.