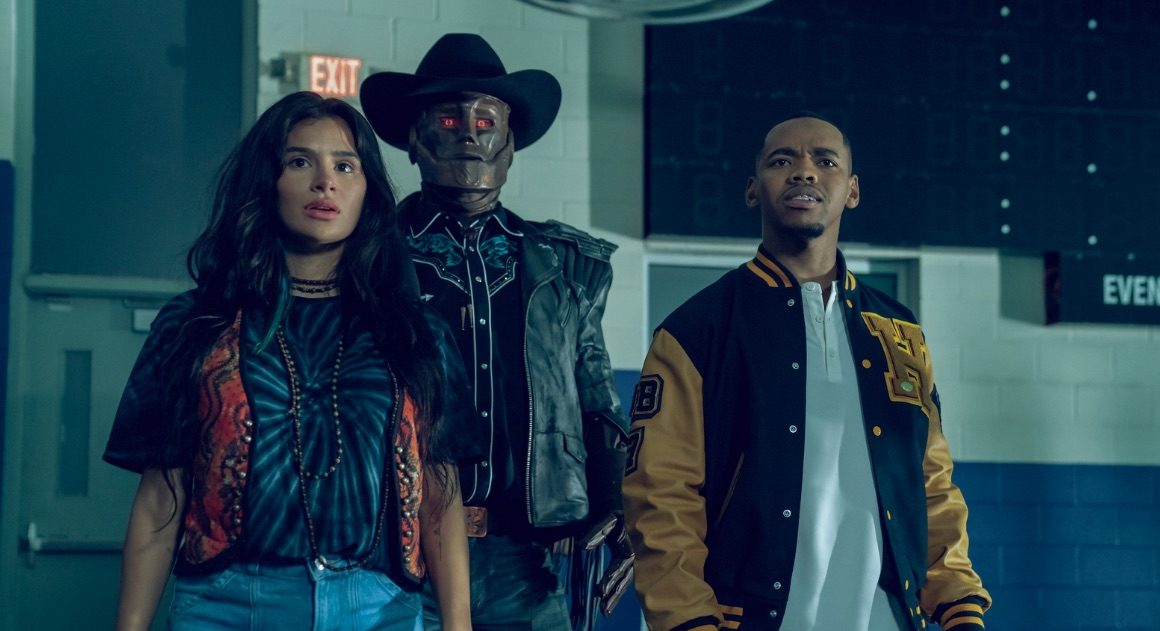 HBO Max’s ‘Doom Patrol’ continues with the misadventures of the titular group and delivers some answers regarding the events of the previous episodes. The stakes also get higher as the very nature and lives of the Doom Patrol are jeopardized as a new villain is set to rise and create more trouble for them. This episode also allows some characters to deal with their emotional conflicts and reconcile with each other as well as certain parts of themselves. By the end, however, things look extremely uncertain for the future of the superheroes, making us wonder, who will come to save them this time. SPOILERS AHEAD

Willoughby arrives in Doom mansion with news of Immortus. He tells them about the stakes surrounding the rise of their new enemy and the key ingredient required to bring him back. Meanwhile, Larry goes out in search of Keeg but ends up walking into the memories of Mr. 104. It turns out that the man has trauma from all the time he was experimented upon. The sharing of memories is mutual as Mr. 104 also discovers some facts about Larry.

In the mansion, Rita finally wakes up from her deep sleep, only to discover that she is turning old. To stop the aging process, she opens an untested vial by mistake. At the same time, Rouge, Cliff, Jane, Vic, and Willoughby enter the room and all of them are exposed to the vial’s contents. They turn back to their younger selves, but Willoughby says that the spell is actually a curse and they need to reverse it before they go back to being a baby and then never existing at all.

In a previous episode, where Rita and the others had been imprisoned inside her old films, Dr. Janus took something out of Rita in the form of a necklace. At that moment, it was difficult to decipher what exactly it meant for her, but that question is resolved at the beginning of this episode. Willoughby gives pertinent information to the Doom Patrol about Immortus and what it takes to bring him back. He’d previously believed that Immortus was just a myth, but now, it turns out that the threat is not only very real but the very reason for their existence is also connected to him.

Apparently, Immortus is a god-like creature and some part of his powers was captured inside the necklace that was later found by Niles Caulder. For as long as he wore it, the necklace kept him alive. It gave him longevity, which is also something he passed on to the people he had been experimenting on. Every member of Doom Patrol has that essence inside of them, which is why they haven’t aged a day ever since they got their powers. Now, for Immortus to rise again, all lost parts of his power have to be brought back to him, which is where characters like Dr. Janus and Torminox come in.

It is clear now that the followers of Immortus will come after every member of the Doom Patrol. They have already taken away Rita’s longevity, and courtesy of Torminox, they have Caulder’s necklace as well, which was otherwise in Dorothy’s possession. And the next victim of this is Larry. He had left the Doom mansion at the beginning of the episode to go look for Keeg, who was last seen entering the body of Mr. 104. When Larry finds him, Mr. 104 is in bad shape, and due to Keeg, some sort of mental connection has developed between him and Larry. Because of this, both of them become privy to each other’s memories. It is through their memories that it is revealed that Mr. 104 was also experimented upon and has the essence of Immortus’ power, just like Doom Patrol.

In the end, someone creates a tear in the fabric of reality and pulls Larry into it, with Mr. 104 following him. This is most probably Dr. Janus, who has the power of creating whatever reality she wants. Or, it is someone else who is also trying to bring back Immortus. They want to take away Larry’s longevity to further their plans. But even if they get the rest of the Doom Patrol, it will be tricky for them when it comes to Jane.

What Did Bunbury Do to Crazy Jane?

Due to the anti-aging spell unleashed by Rita, Jane and the others, who were exposed to it too, turn into teenagers. Bunbury arrives just in time to save the day and reverses the spell on Willoughby. But he wants something else from Jane. As she tries to run away from him, she turns into a baby. But, instead of reversing the spell and getting her back to her adult form, he does something else.

Bunbury, for now, is on the camp that doesn’t want Immortus to rise. They want to halt the progress in its track, which is why Bunbury finds it best to take away the very thing that Immortus needs to come back. Instead of helping the Doom Patrol, he decides to take away their longevity. This would make the task of people like Dr. Janus very difficult making it nearly impossible for the villain to rise. In the final scene, this is exactly what he does with Crazy Jane.

It remains to be seen how taking away her longevity will affect Baby Jane. Will it change her back to who she was before the anti-aging spell, or will it keep her as a baby and allow her the chance to start her life again? In any case, things are utterly uncertain for her as well as her friends. The moment that Jane turned into a baby, the rest would have turned too. Vic is relatively safe with his friend, but what happens to Rita and Rouge? With all of them so helpless, it is only a matter of time before someone gets to them. Whether it is Bunbury or Dr. Janus is what will decide their fates.

Read More: Who is Torminox in Doom Patrol, Explained