Where Is The Robertson Family From Duck Dynasty Now? 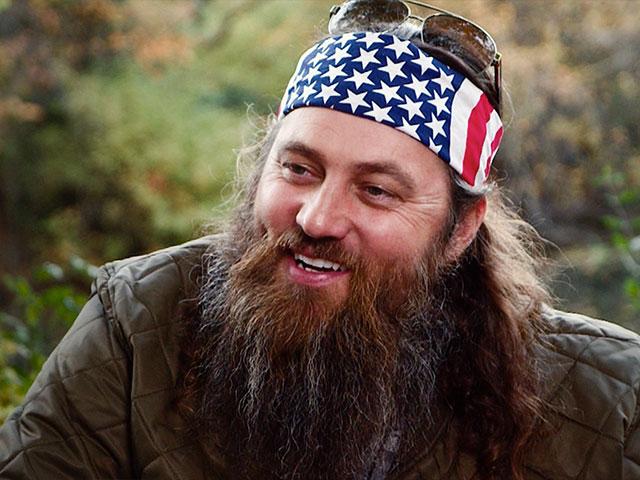 ‘Duck Dynasty’ is an American reality television series that revolves around the lives of the Robertson family, who became successful from their family business by the name of Duck Commander. The business manufactures and sells products for duck hunters; primarily a duck call called Duck Commander.

The series ran from 2012-2017 on A&E with 11 seasons and a total of 130 episodes. The Robertson men—brothers Phil and Si, and Phil’s sons Jase, Willie, and Jep are all known for their distinctive long-beard looks and their conservative Christian views. The original series has sparked some spin-offs that focus on particular members of the family, these include ‘Jep & Jessica: Growing the Dynasty’ and ‘Going Si-Ral.’

Who Are The Members of The Robertson Family?

Phil Alexander Robertson is an American professional hunter and businessman. He invented the first Duck Commander call in 1972 and started the company in 1973. His brother Silas Merritt Robertson, or more commonly known as “Uncle Si,” has played a significant part in growing the business. The Vietnam War veteran found employment in his brother’s business after retirement and was the one responsible for making the reeds that are installed in the duck call products.

Phil and his wife Marsha Kay “Miss Kay” Robertson have four sons. The eldest, Marshal, left the business to become a preacher. Jason, the second son, is in charge of manufacturing and their youngest son, Jules or Jep, films and edits the videos of the Robertson family’s duck hunts.

Phil and Marsha’s third son, Willie Robertson, born on April 22, 1972, is the CEO of Duck Commander and the one responsible for turning the small family business into a multimillion-dollar empire. He is an author and businessman. Willie and his wife Korie have six children together: John Luke, Sadie, Will, Rowdy, Bella, and Rebecca.

Uncle Si has been married to his wife Christine since 1971. She is the only member of the family who, with the exception of the series finale, refused to appear on ‘Duck Dynasty.’ Si and Christine have two children: Trasa and Scott.

Where Is The Robertson Family Now?

Even though the ‘Duck Dynasty’ series ended in 2017, The Robertson family is still a tight-knit group that works together to keep the family business running smoothly. In October 2017, Phil Robertson joined The Conservative Review as a contributor, hosting ‘In the Woods with Phil.’ He even has a podcast by the name of Unashamed with Phil Robertson. His wife, with a passion for cooking, became the author of various cookbooks, including Miss Kay’s Duck Commander Kitchen: Faith, Family, and Food–Bringing Our Home to Your Table.

Jase Robertson, the COO of Duck Commander, currently lives in West Monroe, Louisiana, near the rest of the Robertson family and the business with his wife, Missy, and his three children: Reed, Cole, and Mia. He also makes frequent appearances in his father’s podcast.

Jep Robertson and his wife Jessica had their own reality show ‘Jep and Jessica: Growing the Dynasty,’ that aired for two seasons. The couple has five children, including their adopted son named Jules Augustus (nicknamed “Gus”), who they introduced on the premiere of their spin-off series. The family recently launched a YouTube channel to keep their fans updated with what they’re up to and how their lives are going.

Willie Robertson, like the rest of the Robertson family, lives in West Monroe, Louisiana, with his wife and kids. The ‘Duck Dynasty’ star is still the CEO of Duck Commander and is also an author. He co-wrote a business book called American Entrepreneur, which was published in 2018.

Recently, on April 24, 2020, Willie and his family were the targets of a drive-by shooting. A gunman opened fire on the real-estate of the Robertson family in broad daylight. Since the coronavirus pandemic is going on, most of the family is together at the estate. Thankfully though, no one was outside at the time of the shooting, and no one got hurt.

Willie did say that they were all pretty shaken up, especially because one of the 8-10 bullets fired went through the bedroom window of John Luke Robertson’s home, where he lives with his wife, Mary Kate, and their infant son.

The culprit of the shooting was identified as Daniel King Jr., who has no previous connections to Willie or any of the other members of the family. Willie’s wife, Korie Robertson, confirmed the news in an Instagram post. “Thank you so much for all of your prayers for our family ? We are all safe and sound and feeling profoundly grateful for God’s protection over us!” she wrote alongside a family photo. “Yes, the news reports are true, we had a drive-by shooting at our home on Friday, it was scary and dangerously close, but thanks to God no one was hurt” You can check out the entire post below.

Read More: Where Are T.I. and Tiny Now?