Earl “Peanutt” Montgomery: Where is the Musician Now? 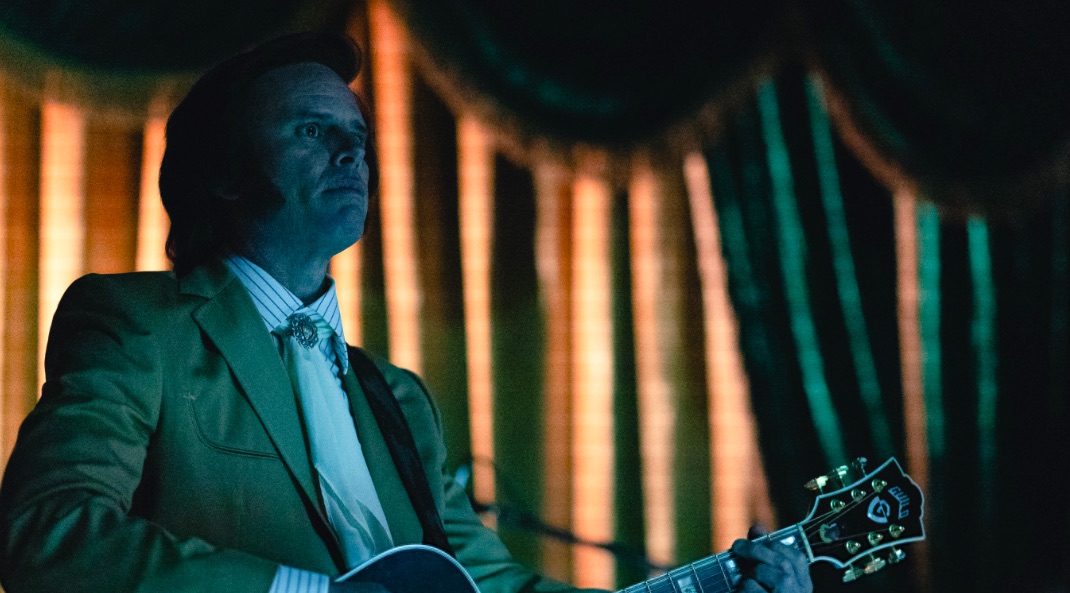 Showtime’s ‘George and Tammy’ follows the rocky relationship of the titular characters who are one of the most beloved couples in country music. With Michael Shannon and Jessica Chastain in the lead roles, the show uses some of the most well-known songs of Tammy Wynette and George Jones to focus on the shifting emotions of their love story. In between this, we meet other people who witnessed the back and forth in George and Tammy’s relationship firsthand.

One of those people was Earl “Peanutt” Montgomery. A long-time collaborator of George Jones, Montgomery had such an up-close look at the personal and professional career of the couple that he wrote songs for them about it. We see him doing the same thing in the third episode when he writes “We’re Gonna Hold On,” which became one of the most successful songs of the duo. If you are wondering where Montgomery is now, then we’ve got you covered.

Who is Earl “Peanutt” Montgomery?

Earl “Peanutt” Montgomery is a Grammy-nominated songwriter and musician who is known for writing songs like “One of These Days” and “What’s Your Mama’s Name Child.” In the span of his very successful career, Montgomery has collaborated with names like Bob Dylan, Patsy Cline, Elvis Costello, Dolly Parton, and Hank Williams, Jr., to name a few. The son of talented musicians started as a guitarist at FAME Studios but soon got to work with George Jones, for whom he wrote more than 70 songs, around 30 of which were Jones’ duets with Tammy Wynette.

Montgomery, who is the winner of the Arthur Alexander Songwriter’s Award and the Alabama Music Hall of Fame’s Music Creator’s Award, was with George in the early years of his success along with the years of his marriage with Tammy. In 1976, however, he was called to preach, and by 1980, having become a pastor in Sheffield, he left behind that life. Along with his wife, Montgomery started writing and performing gospel music. Since then, he has focused his life and career on spreading god’s word and has not returned to the country music scene.

Where is Earl “Peanutt” Montgomery Now?

Earl “Peanutt” Montgomery lives in Sheffield, Alabama, with his wife, Charlene. The songwriter has taken to a couple of ventures which keep him busy. He, along with his wife, operates Sweetwater Recording Studio. They are the owners of Mister Magic Music Publishing Company and also run the Earl “Peanutt” Montgomery Music Museum, where they showcase the memorabilia collected over the years by him. This includes many vintage things, like records and posters, each with its own backstory, which Montgomery reveals to the visitors with a sweet tinge of nostalgia.

Ever since he left mainstream music for his evangelical duties, Montgomery has maintained a distance from the media scrutiny that his former partner, George Jones, continuously received, owing to his own tumultuous personal and professional journey. Montgomery got into a dispute in 2018 when he sued Nancy Jones, Concord Music Group, and Cracker Barrel for $5 million, claiming that they released an album, which he and George had worked on and shelved a long time ago, without his permission or even including him in the process.

Montgomery sought damages claiming that originally, the rights to the album had been bestowed on him by George. However, when the album wasn’t released, the whole thing faded into the background, only to come up years later, after George Jones’ death. Apart from this, the prolific songwriter has been spending his time writing new songs while giving a platform to up-and-coming artists through his recording studio.

In 2014, Montgomery was honored with a bronze star on the Alabama Music Hall of Fame’s Walk of Fame. As for his time with George Jones, Montgomery remembers it fondly, though things could get a little rickety from time to time with the late country singer. As per reports, there was a time when George Jones fired a shot at Montgomery and missed. Still, there was a sense of camaraderie between them, and while the singer had his struggles, Earl “Peanutt” Montogomery recognises that he had a unique style when it comes to making songs.