Engaged to a Psycho: Cast and Filming Location Details 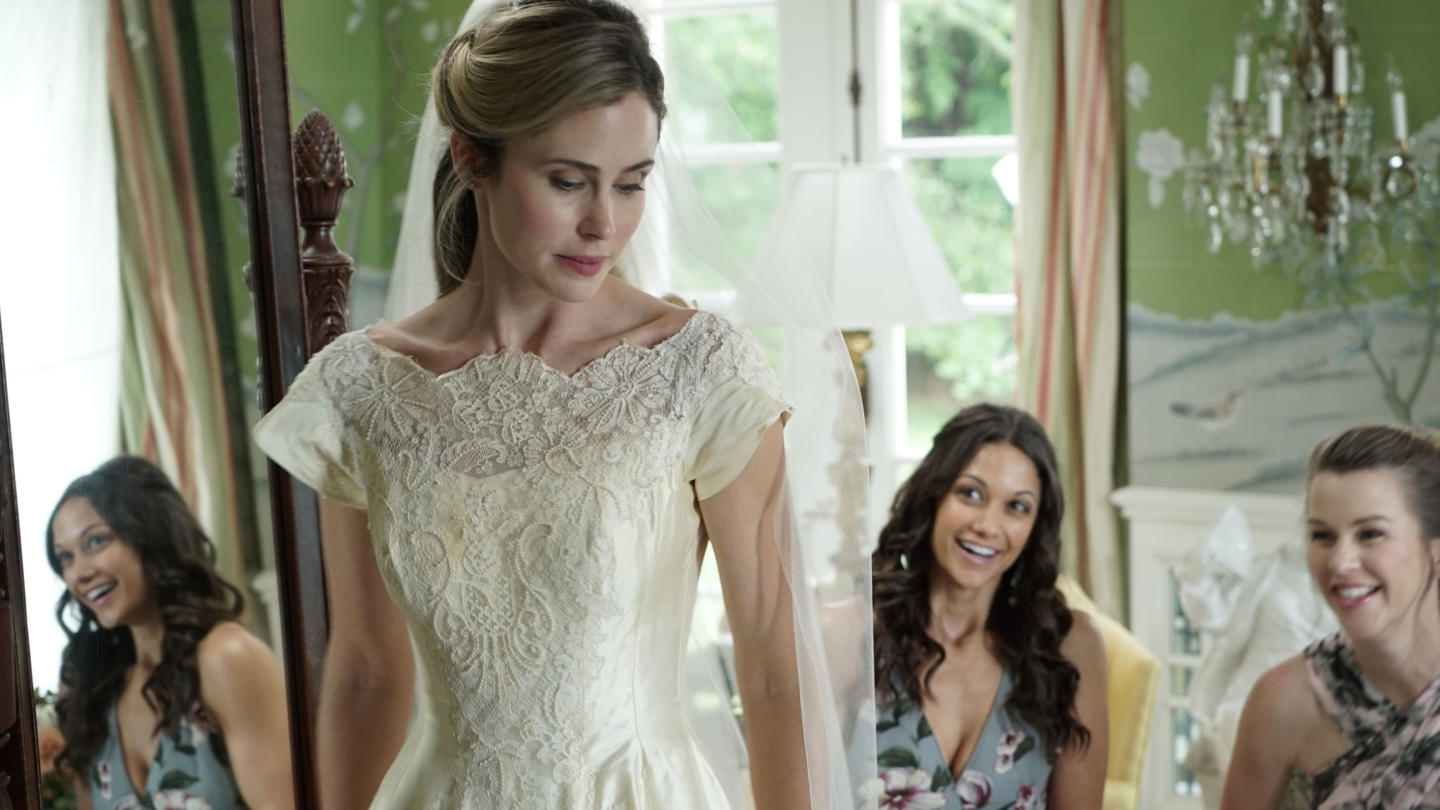 Lifetime has added yet another fantastic thriller to its already impressive roster by way of ‘Engaged to a Psycho.’ Notably, the project was initially filmed under the working title of ‘Murder at the Mansion,’ and appears as such in most news reports. A wedding goes wrong in the film as the bride-to-be begins to suspect her fiance’s family of harboring ill will, during wedding preparations at his remote countryside mansion.

Deanna and Karl travel to the latter’s family estate planning to get married. However, a dark cloud looms on the horizon as someone in Karl’s family is determined to stop the wedding in the simplest way possible, that is, by killing the bride. Due to the setting, the film takes the shape of a locked room mystery, where we are introduced to several colorful characters.

Engaged to a Psycho Filming Locations:

‘Engaged to a Psycho’ has been filmed in Louisville, Kentucky. Filming has taken place at a local mansion in Louisville. Although Kentucky doesn’t always rank at the top among filmmakers’ choices to shoot projects, the Bluegrass has witnessed a boom when it comes to film business. Tax incentives make it an especially sweet spot.

According to local news, Zach O’Brien’Brien of Stargazer Films, the production company, addressed this, saying, “If you spend a million dollars, the state would give you back $300,000 for the spending that qualifies. Kentucky is just the sweet spot with the incentives.” You can check out a tweet of filming taking place in North East Louisville.

On the set of “Murder at the Mansion” https://t.co/qq88MAdyBj filming in NE Louisville. ⁦@wave3news⁩ pic.twitter.com/4PfEmWeqDp

We also know that filming took place during the second week of June in 2018, from a Facebook post by the movie’s official page. Furthermore, a tweet about casting calls around the same time confirms the news.

Engaged to a Psycho Cast:

Deanna and Karl are at the center of the story as the married couple to be. The roles are played by Anna Hutchison and Jason-Shane Scott, respectively.

Anna is a New Zealand born actress who has quite a few notable works like ‘Encounter,’ ‘Vengeance: A Love Story,’ and ‘Robert the Bruce’ to her name. She’s married to producer Mike Gillespie, since December 2018, and they have a child together.

Anna spoke about her role, saying, “It is drama. It is so much fun. My character gets engaged at the start of the film. She hasn’t met her fiancé’s family, so they go to this estate and meet his mother, his adopted sister, and then it’s’s kind of like madness ensues. There’s a murder around, and my character has to find out who the murderer is before she gets murdered.” You can check out an image she’s shared where the mansion, which serves as the setting, can be seen in the backdrop.

Jason-Shane Scott is originally from Los Angeles but moved to Nevada as a child. He was always athletic and has had some local success as a football player. However, ever since his parents split up, and Jason traveled to visit his dad in Los Angeles, he caught the acting bug. Being unable to shake it, Jason transitioned from what could have been a successful career in sports, to modeling. Soon, he found success with brands like Armani, and it was only a short step to films and television shows. Jason has appeared in shows like ‘Grey’s Anatomy’ and ‘Anger Management.’ Check out his post after wrapping filming for the Lifetime movie on the first day.