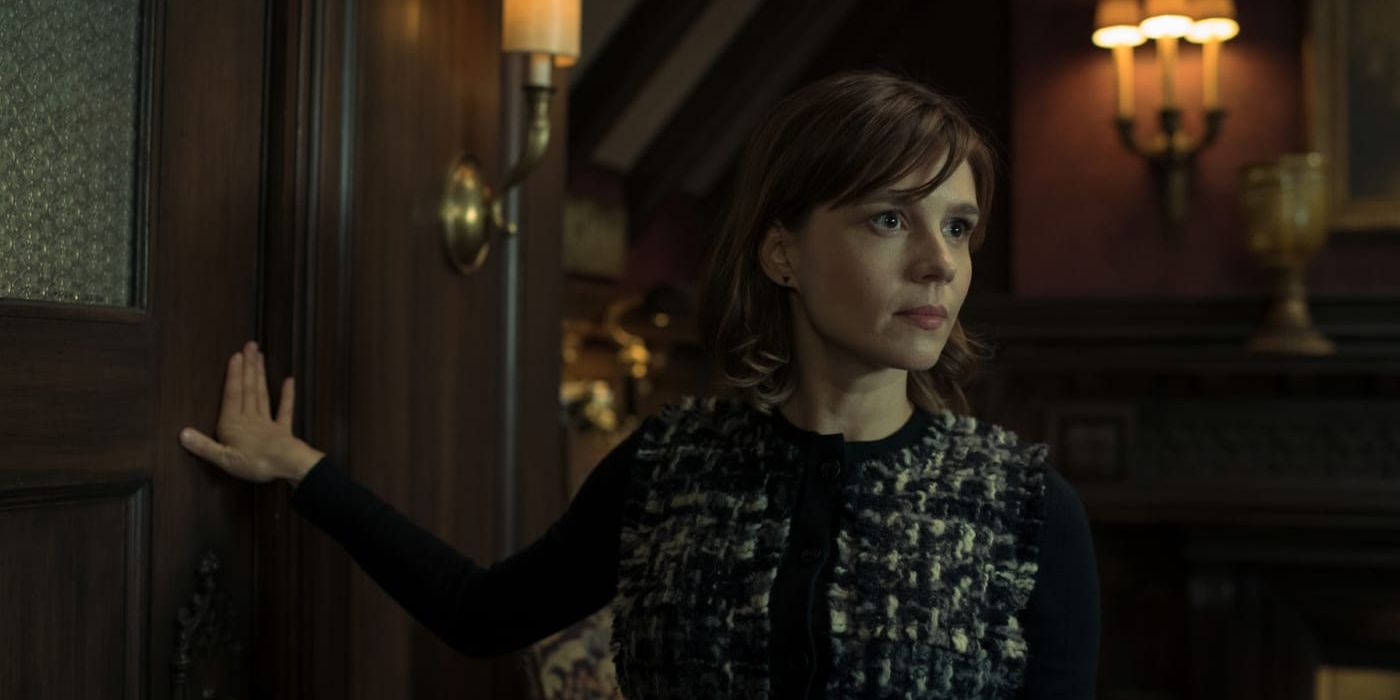 The third season of ‘Evil‘ picks up right where we left off in season 2, with the premiere episode, titled ‘The Demon of Death,’ showcasing Kristen dealing with Leland’s attempts to get close to her daughter, Lexis. Meanwhile, David, Ben, and Kristen oversee a scientist’s experiment to weigh the mass of the soul. However, the trio is baffled by the research’s findings.

David faces a strange dilemma that puts his newly earned priesthood at stake. With so many events occurring concurrently, we are sure viewers must be having a difficult time wrapping their heads around the episode. In that case, allow us to share everything you need to know about ‘Evil’ season 3 episode 1! SPOILERS AHEAD!

The season 3 premiere, titled ‘The Demon of Death,’ opens right after David and Kristen share a passionate kiss. The two then proceed to have sex in David’s bed but stop after David realizes that he cannot break his vow of chastity. Kristen also comes to her senses and promptly leaves David’s room. However, as David prays to God for forgiveness, Kristen returns and coaxes David into having sex with her. David caves, and he and Kristen have sex.

The next day, Kristen has a conversation with Lexis and her other daughters. She warns them to stay away from Leland, who has frequently been visiting Lexis at school. Later, Kristen secures a restraining order from the court that prohibits Leland from talking to Lexis. Therefore, Leland creates an avatar in the children’s game Paradise Valley and attempts to talk with Lexis. Meanwhile, David, Ben, and Kristen oversee an experiment to determine the soul’s weight and prove or deny its existence.

Monseigneur Matthew Korecki has convinced an old man named Frank Ignatius, who is dying from cancer, to become the experiment’s subject. During the experiment, Frank passes away, and a negative body mass is recorded. However, a few seconds later, Frank comes back to life, baffling everyone. Moreover, Frank’s cancer is in remission, and his health is rapidly improving. Kristen, Ben, and the others fail to draw a scientific explanation for the incident. David suspects that there could be a supernatural explanation.

Elsewhere, Andy returns home permanently and begins to make some changes to the house. While cleaning the garage, he finds the jar given to Sheryl by Edward Tragoren. Andy flushes the jar’s content in the toilet and is shocked to find a head in it. Meanwhile, David continues his affair with Kristen but soon realizes that he and Kristen never had sex.

The scientist conducts the experiment once more with a woman, Sister Gertrude, who is dying from the same type of cancer as Frank. However, after her death, there was an increase in her body mass. Thus, David theorizes that a demon possessing Frank left his body during his death and then possessed the woman leading to the conflicting test results. With the experiments done, Kristen returns to her family while David contemplates his sexual interactions with who he perceives to be Kristen.

Evil Season 3 Episode 1 Ending: Who Is David Sleeping With?

The season 3 premiere begins with the aftermath of David and Kristen finally addressing the sexual tension between them and sharing a kiss. However, the interaction is cut short as David remembers his vow of chastity. Nonetheless, he has sex with Kristen after she coaxes him into the act. Later, the duo hooks up again, but David realizes that Kristen is not herself. Moreover, she has a snake-like tongue. David speaks with Kristen and learns that she never returned to the church after David stopped them. Thus, it becomes evident to David that the person he has been sleeping with is not Kristen. In fact, it might not be a person at all.

In the episode’s final moments, David is greeted by the mysterious entity posing as Kristen. She proceeds to forcibly have sex with David while David spots Sister Gertrude watching him from the corner of the room. The episode’s ending strongly hints that a demon is posing as Kristen and sleeping with David. While no clues are provided about the demon’s true nature, it is likely guided by lust and desire. Therefore, the demon David sees could very well be an Ifrit, the same one that possessed Kristen for most of season 2. In the season 2 finale, Sister Andrea confirms that David is one of the few people who can see demons. David seeing Sister Gertrude, seems to prove his theory about the experiment. However, how the two demons are connected remains to be seen.