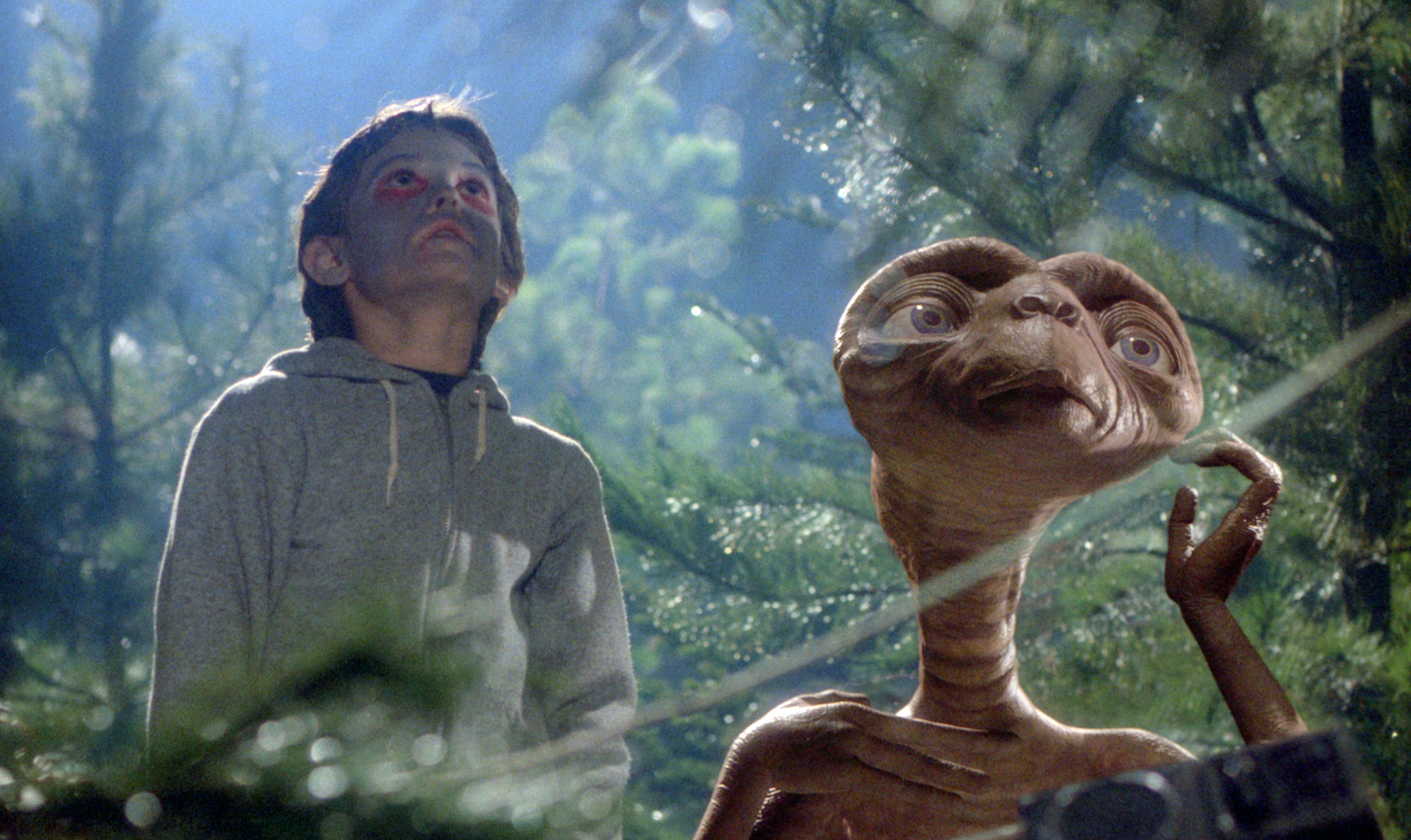 ‘E.T. the Extra-Terrestrial’ (1982) is one of Steven Spielberg’s most popular movies. In fact, it is even considered to be one of the best movies of all time. As its title suggests, its basic premise revolves around extra-terrestrial beings or aliens. However, it is not a run-of-the-mill alien vs. human civilization story. Instead, ‘E.T. the Extra-Terrestrial’ follows an alien who gets left behind. The alien is saved by Elliott, a young boy who keeps it hidden instead of giving it away. As the authorities search for the alien, Elliott and his siblings start to form a connection with it. Henry Thomas plays the role of Elliott while Dee Wallace, Peter Coyote, Robert MacNaughton, and Drew Barrymore are also a part of the movie’s cast.

Most of the action in ‘E.T. the Extra-Terrestrial’ is set in a suburban neighborhood in San Fernando Valley. Due to the success of the Spielberg film, several scenes in the movie have become iconic, along with the location that they were set in.

‘E.T. the Extra-Terrestrial’ was entirely filmed in the state of California. The movie was also set in San Fernando Valley. Hence, it would have been extremely feasible for them to shoot in the hub of Hollywood. The location used to film the exteriors of Elliott’s house is located in Tujunga. To be more precise, it is located on 7121 Lonzo Street in Tujunga. However, Elliott’s neighborhood was filmed at Northridge.

Recently drove by the E.T. House in Tujunga for the first time and took some pics. We're also going to see E.T. at the Hollywood Forever Cemetery on the 4th of July. https://t.co/IvMEJHal3n pic.twitter.com/iYpqCtOePm

Crew members in Northridge, CA prepare to quarantine Elliott's house during the 1981 production of E.T. pic.twitter.com/2Dog9eJZbt

However, most of the movie was filmed around 17 miles away from Tujunga. Most of the filming was undertaken in Porter Ranch, a neighborhood in the San Fernando Valley region. This is where the chase scenes and the Halloween sequences had been filmed. The trick-or-treat scene was shot on Granada Circle and Killimore Avenue. The flying bicycle scene was filmed on White Oak Avenue between Tribune Street and San Fernando Mission in Granada Hills. Porter Ridge park is where the playground scene was shot while the scene at the bus stop was filmed on Capistrano Lane & Vista Grand Way. Killimore Avenue and Viking Avenue was used to film the scene where Michael gets followed by a blue car.

I wonder if these folks know their house is seen under constructon in E.T. (Porter Ranch, CA)…Honestly I don't pic.twitter.com/AuR3eOYwbh

I wonder if these folks know their house is seen under constructon in E.T. (Porter Ranch, CA)…Honestly I don't pic.twitter.com/AuR3eOYwbh

Additionally, the redwood forest scenes had been filmed in Redwood National Park in Crescent City. Scenes set in Elliott’s school were filmed at Culver City High School on Elenda Street. Apart from that, most of the scenes were filmed at Culver Studios located on 9336 Washington Boulevard in Culver City. Filming was also carried out at Fort Dick and Wrightwood.

@ks44 :Did u know Redwood Natl Park was featured in E.T.?#ActOnClimate 2 protect these parks: http://t.co/c3s2QuY6C9 pic.twitter.com/4GfFBWf1N5