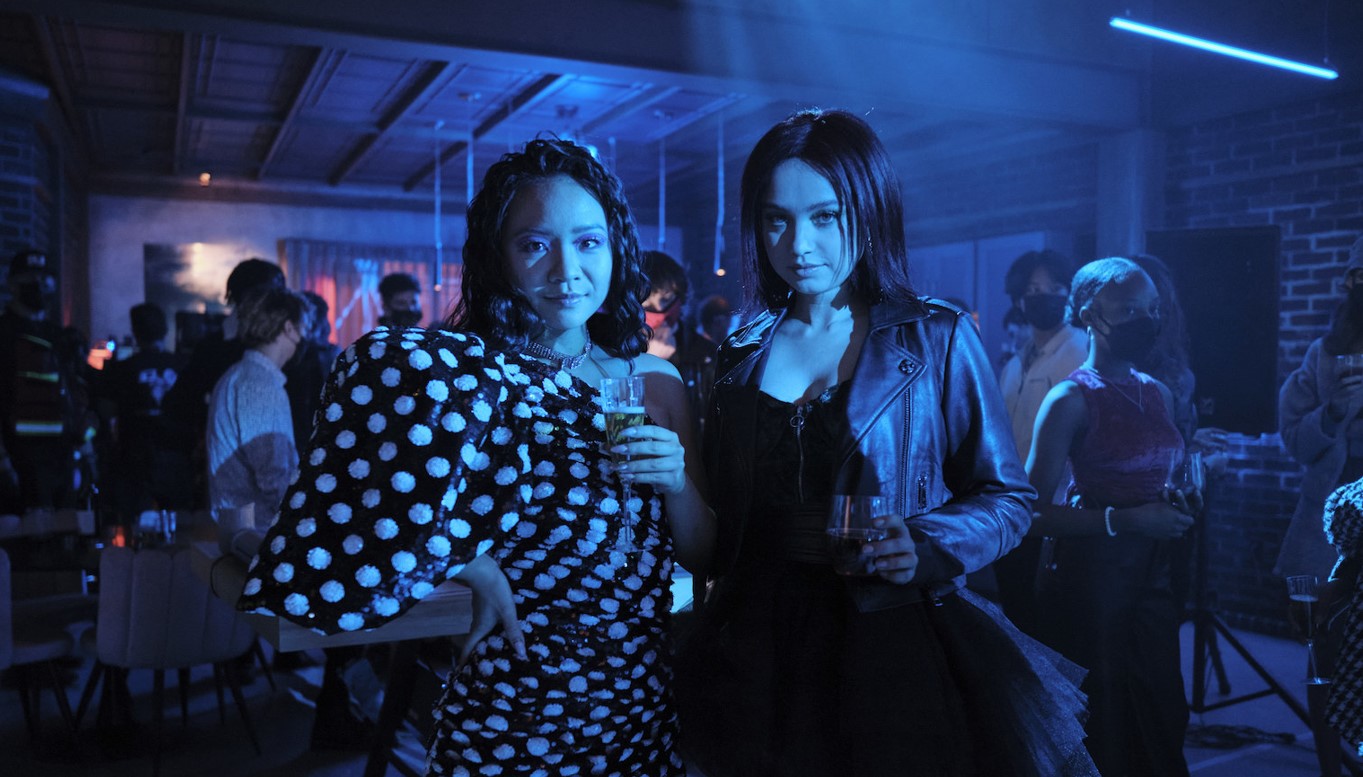 Netflix and CBC Gem’s ‘Fakes’ is a stylish and funny crime comedy series. Set in Vancouver, Canada, the story follows Zoe Christensen (Emilija Baranac) and Rebecca “Becca” Li (Jennifer Tong), high school students who have been best friends since childhood. After realizing they can make pretty realistic fake IDs, the girls venture into a life of crime. While it predictably has its share of dangers, the girls have more fun than ever. Soon enough, they establish one of the largest fake ID empires in North America.

The text at the start of almost every episode of ‘Fakes’ claims, “Some of this actually happened … but legally, we made it up.” This doesn’t seem to be particularly true. Series creator David Turko and his collaborators seem to have used the claim of the show being inspired by true events as a plot device. And it works as it was meant to, drawing in the interest of the audience. Here is everything you need to know about the ending of ‘Fakes’ season 1. SPOILERS AHEAD.

‘Fakes’ starts with a flashforward. Zoe and Becca are at a party. Suddenly the police come and arrest both of them. The narrative then shifts back to show how they get there. Zoe and Becca can’t be more different. While Zoe is the archetypal quiet and introvert bookworm hailing from a white working-class family, Becca is an extrovert diva, and her family is Chinese-Canadian and affluent. Perhaps because the friendship was formed when they were children, it has lasted all this while.

As Zoe drives Becca home from a party, the latter finds the fake student ID that Zoe has created to gain access to the library. After pointing out how this is completely in character for Zoe, Becca gives her friend $400 to create a fake Id for her as well. They later visit a mall where Becca introduces Zoe to Tryst (Richard Harmon). Clearly, Tryst has some underworld connection, and Becca is aware of it. Tryst suggests that the girls should run a test to see if the cards’ can fool people. At Becca’s request, Tryst pre-sells 150 of them. When the notion of committing a crime proves too much for the girls, they try to back off the deal, but Tryst tells them in no uncertain terms that they can’t. The only way they can get out of the deal is to give him $30,000, which they don’t have.

Turko and his team weave a complex tale with the help of a plot device known as an unreliable narrator. The responsibility of narration shifts back and forth between the two main characters, with Becca and Zoe serving as point-of-view characters in four episodes each. Tryst takes over the narrating responsibilities in episode 5, whereas the first season finale, titled ‘She Said, She Said,’ is narrated by all three characters.

In ‘Fakes,’ we often see a given scene repeated through the perspective of the two girls to enunciate how they view things differently. Zoe and Becca’s upbringings and social backgrounds inspire their choices throughout the show. Zoe’s father is a drunk and separated from the family. After Zoe realizes that her older brother has followed in her father’s footsteps, she tries to sever ties with him and keep her mother safe. Meanwhile, Becca has developed a deep resentment for her mother because of her absence from her life. Even when she is home, she is intense and demanding. But then, the proverbial veil is briefly removed, and we see the struggle and pain that have gotten the family to their current status in society.

The girls begin running a fake ID operation out of a penthouse they receive from Tryst. They also recruit two girls, Sally and Sophie, to act as their dealers. However, after Sally is caught by the authorities, things become too dangerous to handle for the two girls. In the series finale, the girls have a falling off with Tryst and host a party so they can get their printers out of the penthouse. After they are arrested, they meet Guy, who demands for them to shoot Tryst.

The girls don’t tell Tryst about Sally’s arrest, but the latter finds out about it when Guy informs him. Guy runs a counterfeit operation and is the owner of the penthouse. Without telling him, Tryst lets Zoe and Becca set up their operation in the penthouse, but after Sally’s arrest, Tryat tries to get the girls out of there, but they keep getting in. When Guy expresses his interest in the quality of the fake IDs, Tryst claims that he made them. He knows how dangerous Guy is, and this seems to be his way of protecting the girls.

Despite Tryst’s best efforts, Guy finds out about the girls and realizes they are the ones behind the fake IDs. As a last-ditch effort to protect them, Tryst calls the cops on them while they are at the penthouse, hoping that if they are arrested, they will be out of the clutches of Guy and his lackeys. However, Tryst is proven wrong. Guy gets the girls out of the police custody and tells them to shoot Tryst as the season ends.

While we see the two girls being arrested at the start of the season, and we catch up to that by the time the season ends, we also see Zoe in an orange jumpsuit and Becca on vacation at the end of the episode. The latter hasn’t happened yet. More importantly, murder charges have been nowhere, so it is safe to assume that at least Zoe and Becca will not kill Tryst.

Do Zoe and Becca Go to Jail?

In the season finale, Tryst calls the police on Zoe and Becca to protect them from Guy, but before they are taken to the precinct, Guy’s people get them released and bring them to their boss. The timeline of the flashforward at the beginning of the series aligns with that of the season finale, but that isn’t the only flashforward scene in the show. Towards the end of season 2, we see Zoe in an orange jumpsuit, whereas Becca is having the time of her life. It is also evident that the erstwhile friends had a falling out. This means these things are yet to happen in the show’s timeline. So, while neither of them has gone to jail yet, at least Zoe will in the future.

Who Is Telling the Truth Between Zoe and Becca?

The makers of ‘Fakes’ masterfully use the unreliable narrator plot device. As mentioned above, the point-of-view switches back and forth between Zoe and Becca throughout the season, Same scenes are depicted from both of their perspectives. In their respective telling of what happened, they predictably paint themselves as a reluctant partner, if not a downright victim.

The reality probably lies somewhere between their accounts. Neither is particularly the villain nor are they without any blame. Ultimately, they are just two young women desperately out of their depth. The two characters regularly break the fourth wall throughout the season. However, something interesting happens in the season finale. In the very last scene, when Guy instructs them to kill Tryst, both Zoe and Becca stare at the camera, implying that what we are seeing here is the most accurate version of this event.

Read More: Is Netflix’s Fakes Based on a True Story?